The Supreme Court has dismissed a lawsuit brought by a former Manu Samoa head coach against the Samoa Rugby Union (S.R.U.) for terminating his contract.

Former coach Fuimaono Titimaea Tafua sued the S.R.U. for more than $140,000 after he claims they breached an employment contract inked in May 2018 and which was intended to end in November 2019.

He also claimed that the Union did not inform him of any concerns about his performance as the head coach of the side that could result in his dismissal from the job.

Justice Tafaoimalo Leilani Tuala Warren, who was presiding over the hearing on Thursday, said it is clear that the S.R.U. could have dealt with its obvious contractual powers to terminate more appropriately in the context.

“That context being that despite there being a clear contract in place, there are Fa'a Samoa obligations and principles of basic respect that ought to be adhered to when dealing with people who have contributed significantly to Samoa,” ruled Justice Tafaoimalo.

“There was no dispute that Fuimaono was such a person.

“It seems to me, based on the evidence, that these basic principles had been lost and given no or little consideration.”

She encouraged the S.R.U. to consider how it might in some way address the issue with Fuimaono and put in place processes to manage such issues better in the future.

Justice Tafaoimalo also touched on the involvement of World Rugby.

“I also note the role that World Rugby played in the case and simply note that it too may wish to reflect on the perception that its direct and indirect pressure placed on the S.R.U. may not have been appropriate in the circumstances,” she said.

Fuimaono had asked the Court for a payout of $141,000 for the remaining period of his contract from November 2018 to September 2019.

The former head coach dedicated more than 30 years of his life to rugby, initially as a player in the Manu Samoa team then later as a coach of various national rugby teams.

Following the termination of his contract in August last year he continues his voluntary work with Apia Rugby Union Province.

He was the head coach of the Manu Samoa 15s team when they qualified for the Rugby World Cup to be held in Japan in September this year.

In his evidence during the trial in June, Fuimaono said he was hurt, ashamed when his service was terminated and it had a huge impact on his reputation. 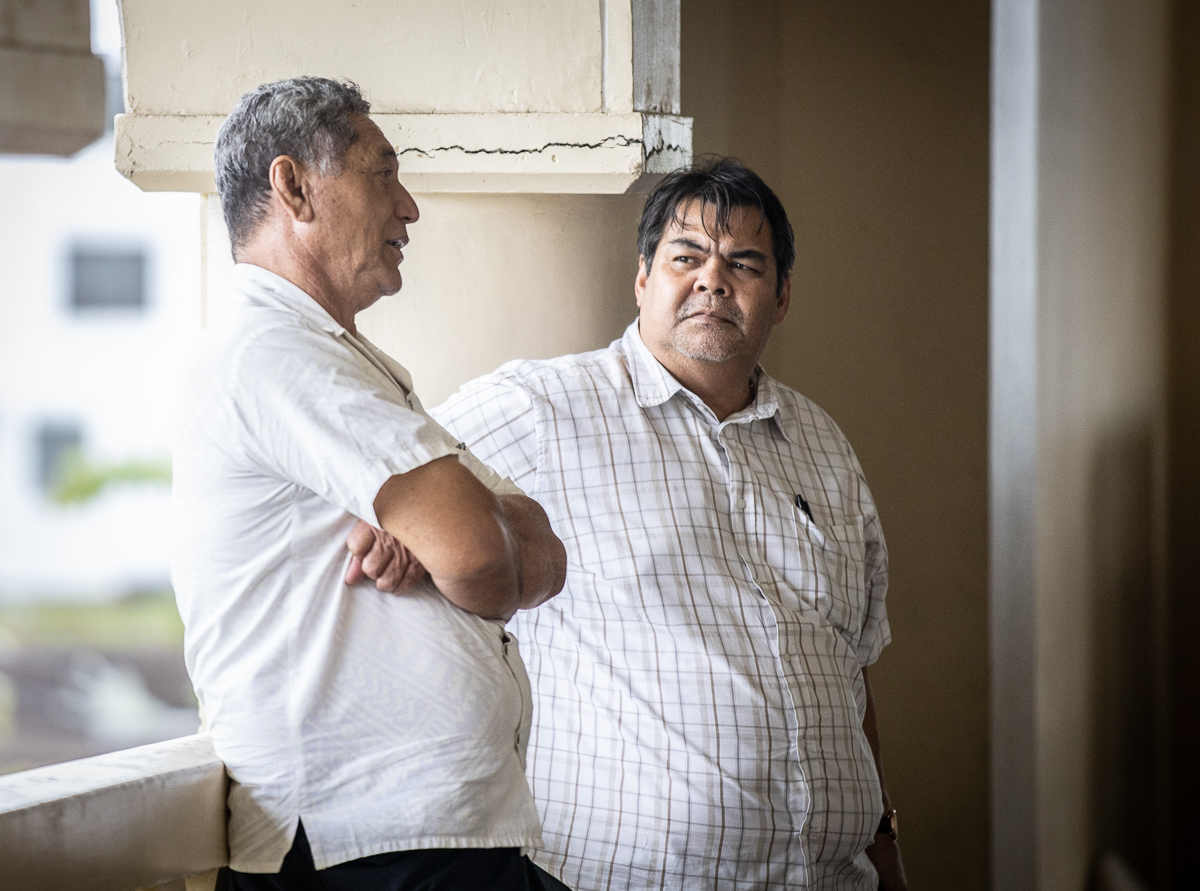 Fuimaono was offered the position of Manu Samoa head coach in September 2017, which he accepted.

On assuming his duties, he devoted his energy, skills and expertise to the task of coaching the team to qualify for the 2019 Rugby World Cup.

The team was on the brink of not qualifying again and the final opportunity to qualify would not come around until 2018 with a two game series against a team from Europe scheduled for June – July 2018.

Between the time of Fuimaono’s appointment and the qualification games, the Manu Samoa team undertook an end-of-year tour to play Northern Hemisphere Tour teams and fixtures against Fiji and Tonga in the annual Pacific Rim competition.

Following the completion of the 2017 end of year N.H.T., World Rugby carried out a review which was favourable to the team and Fuimaono’s performance.

Fuimaono in his evidence maintained that his main goal as the Head Coach was to qualify for the Rugby World Cup: something that the Manu Samoa team had failed to achieve in 2015.

But things changed after the team was “fresh from the success" of qualifying for the forthcoming Japan World Cup when, in early 2018, Fuimaono was interviewed by World Rugby's High Performance Annual Review.

S.R.U. Chief Executive Officer, Fepuleai Vincent Fepuleai, had given evidence that the relationship with World Rugby soured when Fuimaono  was picked as Head Coach in 2017 as he was the 6th ranked candidate.

World Rugby was unhappy that S.R.U. had breached an agreement between World Rugby Trust and the S.R.U.

The agreement afforded World Rugby or its nominee the opportunity to be involved in the recruitment and selection for all appointments of personnel for whom World Rugby investment will be wholly or partly required pursuant to the approved High Performance budget.

A letter from Peter Horne, the World Rugby General Manager (High Performance) dated 30 August 2017 to Fepuleai stated World Rugby would need to approve the final Manu Samoa coach candidate and their associated remuneration package prior to any offer being made.

In another letter, penned by Mark Egan dated 25 September 2017, he stated that the appointed of Fuimaono in 2017 does not meet the World Rugby Minimum standards and that S.R.U. was in breach of an agreement with World Rugby.

On 30 September 2017, the S.R.U. Chairman and Prime Minister, Tuliaepa Dr. Sailele Malielegaoi, wrote to Mark Egan apologising for the manner in which S.R.U. matters were perceived by World Rugby and that the failure to seek the international body's approval for the position selection was an oversight.

Tuliaepa had written that Fuimaono was the most experienced of the shortlisted candidates having held a national head coach position before, having achieved Tier 1 match success and had led a Rugby World Cup campaign, which in the Board’s view, evidently exceeded World Rugby’s minimum standard. 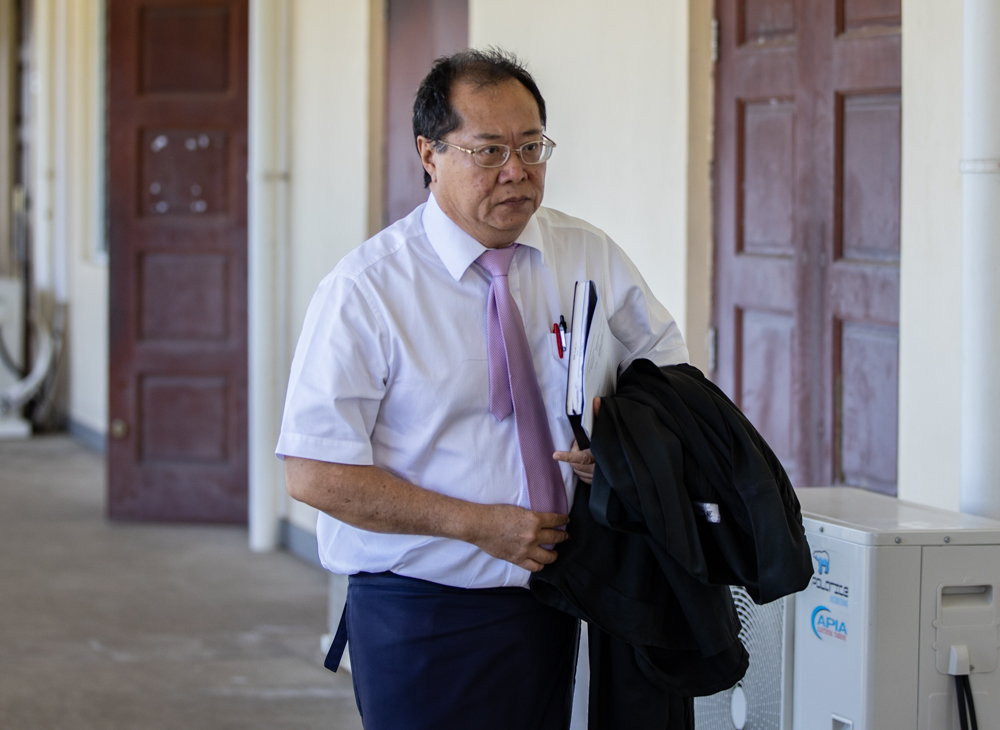 Following the Northern Hemisphere Tour at the end of 2017, the Court heard that World Rugby refused to pay Fuimaono’s salary.

“Further the need for Zane to provide coaching support has come about due to the deficiencies in the elite coaching ability of the current Head Coach.

"This situation is not sustainable and needs to be addressed by the union as a matter of priority. The rating for coaching was ‘Below Expectations’.”

There was no evidence before Court that the review had been discussed with Fuimaono.

But Peter Horne of World Rugby had written to Fepuleai on 23 August 2018 saying that World Rugby agrees with the S.R.U. Board that “a suitable replacement [be] sought urgently for the Head Coach."

Fuimaono and Vaeluaga were the remaining candidates.

The panel concluded that Vaeluaga would be engaged as the Manu Samoa top coach until the end of the 2019 World Cup.

In  a letter dated 24 September 2018, Fepuleai wrote to Fuimaono that the Board of S.R.U. in a special meeting on 25 August 2018 terminated his employment effective 27 August 2018.

On 28 September 2018, Fuimaono wrote to Fepuleai raising a formal grievance in relation to his termination, in that, it was done without valid grounds and without affording him an opportunity to be heard.

He sought to resolve his grievance through mediation and he asked for full payment of his salary until 30 November 2019 which was his contract official end date.

Fuimaono had also asked for a public apology from S.R.U. for termination without valid grounds which led to embarrassment for him, his family, his village, his rugby club and also tarnished his reputation as a rugby administrator.

On 16 October 2018 Fepuleai replied to Fuimaono citing the termination clause and saying, “the Board’s decision to re-advertise your position as Head Coach of Manu Samoa 15s was from  noted concerns on World Rugby’s recent 2018-19 HP Annual Review held in early August of that year.

"Following the review, World Rugby alerted the CEO in a letter of critical importance on the Manu 15s programme which the Board was urgently informed.”

Samoan language can get you places too, retired Professor says

A retired Professor from the National University of Samoa's Centre of Samoan Studies, Seiuli Aloalii Temese, has called for a change of mindset for people who think that learning English is the only way they can make it in life.

There is back-up plan for exams: M.E.S.C.

The Ministry of Education Sports and Culture [M.E.S.C.] has a backup plan for students who are scheduled to sit their exams from Monday 30 November, if the country’s suspected COVID-19 case returns a positive result.