The black Toyota Land Cruiser during the incident in Vaiusu. (Photo: Misiona Simo)

A head-on car crash in Vaiusu on Wednesday afternoon led to three people being taken to hospital.

The Samoa Observer arrived at the scene after 4.00pm and observed the aftermath of a collision between a red Nissan X Trail, which had been heading towards Apia, and a black Toyota Land Cruiser travelling in the opposite direction. 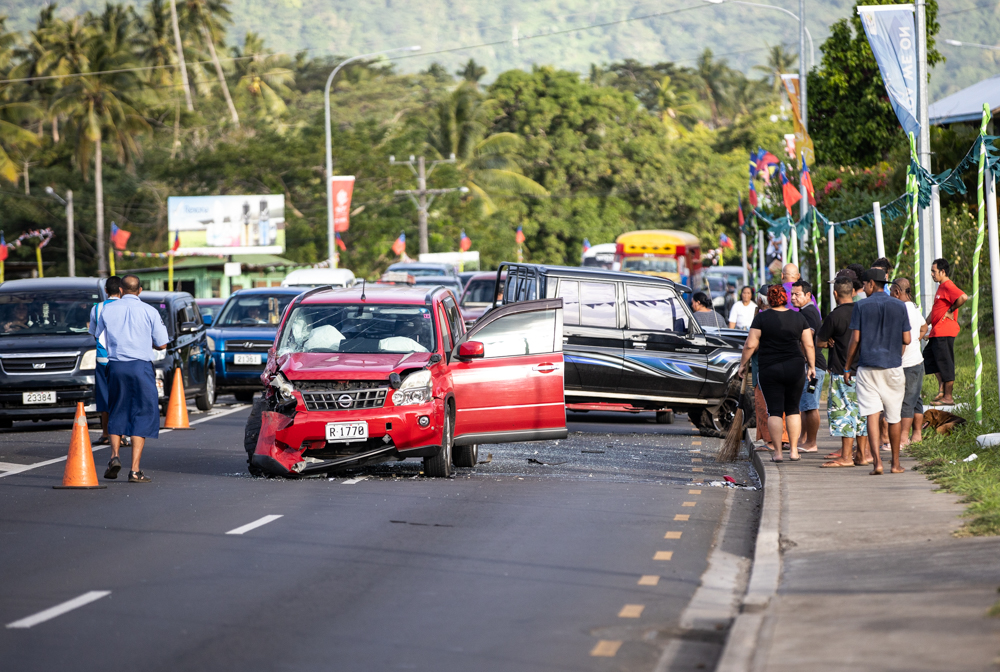 One eye-witness, Sene Sologa Ulugia, said the crash was caused by one car moving into oncoming traffic: “I don’t know what happened but the Land Cruiser swerved onto the oncoming lane and collided with the red X-Trail.

"As you can see, the Land Cruiser was on the oncoming lane".

The impact of the head-on smash caused both vehicles' airbags to explode.

The Associate Minister of Communications and Information Technology, Lealailepule Rimoni Aiafi, who was at the scene shortly after the incident, today confirmed with the Samoa Observer that it was his son driving the Land Cruiser.

“My son and people in the other car were taken to the hospital as a result of the incident for medical check-up; however they are ok,” said Leala.

E-mails and calls to the Ministry of Police were not immediately answered.