The Pacific Meteorologial Council is having its fifth meeting this week. (Photo: Secretariat of the Regional Environment Program)
Climate Change

With the effects of climate change intensifying, the Pacific region’s Meteorological Services have responded in kind by banding together.

Since its establishment in 2011, the Pacific Meteorological Council has grown threefold, to well over 100 participants and several regional organisations participating in the biennial meeting too.

And Samoa has just been appointed the organisation's new chair.

The Council's fifth meeting, opening in Samoa this week, follows several days of pre-meeting workshops and activities around Apia. 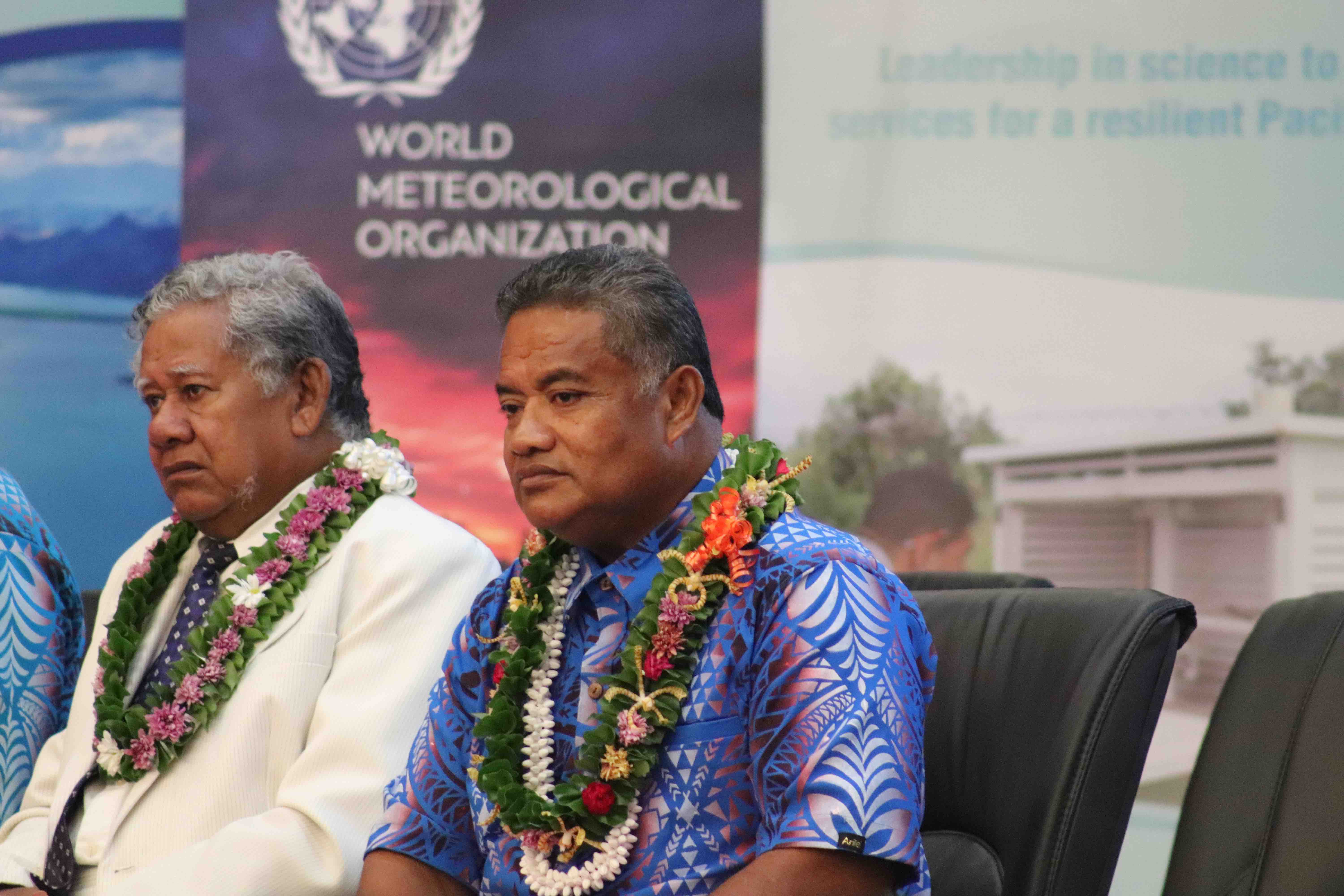 Associate Minister of the Ministry of Natural Resources and Environment, Taefu Lemi Taefu, gave an opening address, where he emphasised the challenges of climate change.

“The world is changing faster than ever with the changing climate, changes that influence virtually all human activities, and the Pacific is no exception,” Taefu said.

“Statistics show that since 1950, extreme events have affected approximately 9.2 million people in the Pacific, caused 9,811 reported deaths and damages estimated at USD$3.2 billion.

“A comparison of current and future tropical cyclone risk for 14 Pacific Island countries indicates increasing losses for the region."

Taefu said he hopes to see the meteorological service continue to be fully involved at all levels of government and sector work, and that they are “deployed” often.

“Deploy your efforts in exchanging scientific expertise, that can be cited as an example for others on how the regional scientific and intellectual communities address problems of national, regional and global significance," he said.

“Our work is for the benefit of everyone.” 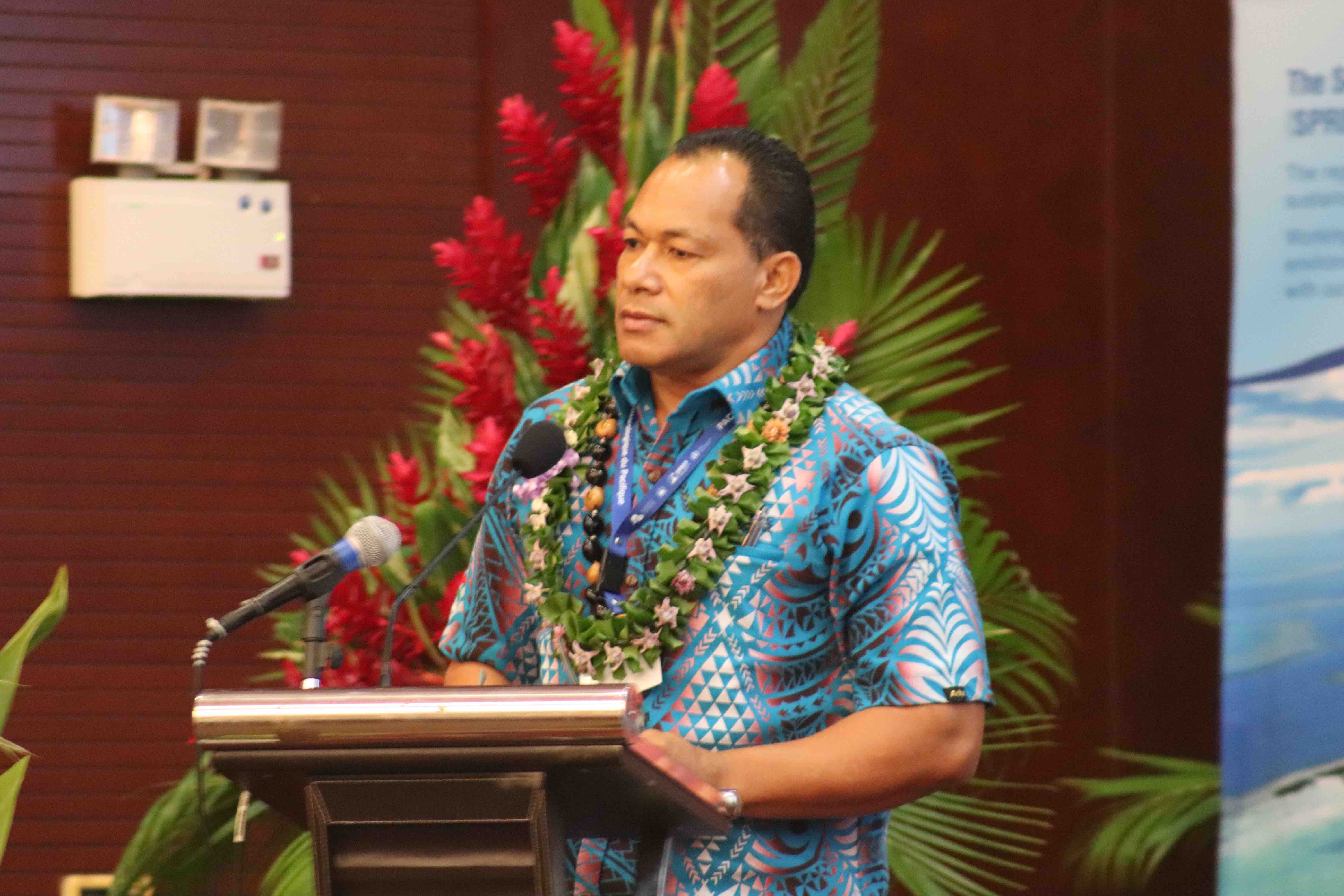 The Director General of the P.M.C’s parent organisation, the Secretariat of the Regional Environment Program, Leota Kosi Latu, said the last five years of focus on climate change have seen a growth in interest and emphasis on a sector that hadn’t seen that interest before.

Having a Ministers meeting on the meteorological sector was a major achievement, he added, a recognition of the important role of the services to resilience and development.

He also acknowledged the massive engagement of the private sector, which lined the entrance of the Tui Atua Tupua Tamasese Efi convention centre advertising weather services.

The Director General also highlighted the growing number of women leading their meteorological services across the region.

Leota touched on the growing interest and engagement of donor partners in the sector, but warned that more coordination is needed between them, and the Pacific stakeholders.

“We need to be a bit more strategic in terms of how we coordinate,” he said.

“Partners that are wanting to come into the region to provide support and to invest in Met services need to do so but within the context of the priorities that the P.M.C have identified.

“In that way, not only can we work together, but avoid duplication, avoid waste of resources that could be better used to address all of our priorities.”

Leota said the Paris Agreement made a big step towards making the science of climate change accessible, and that work needs to continue. 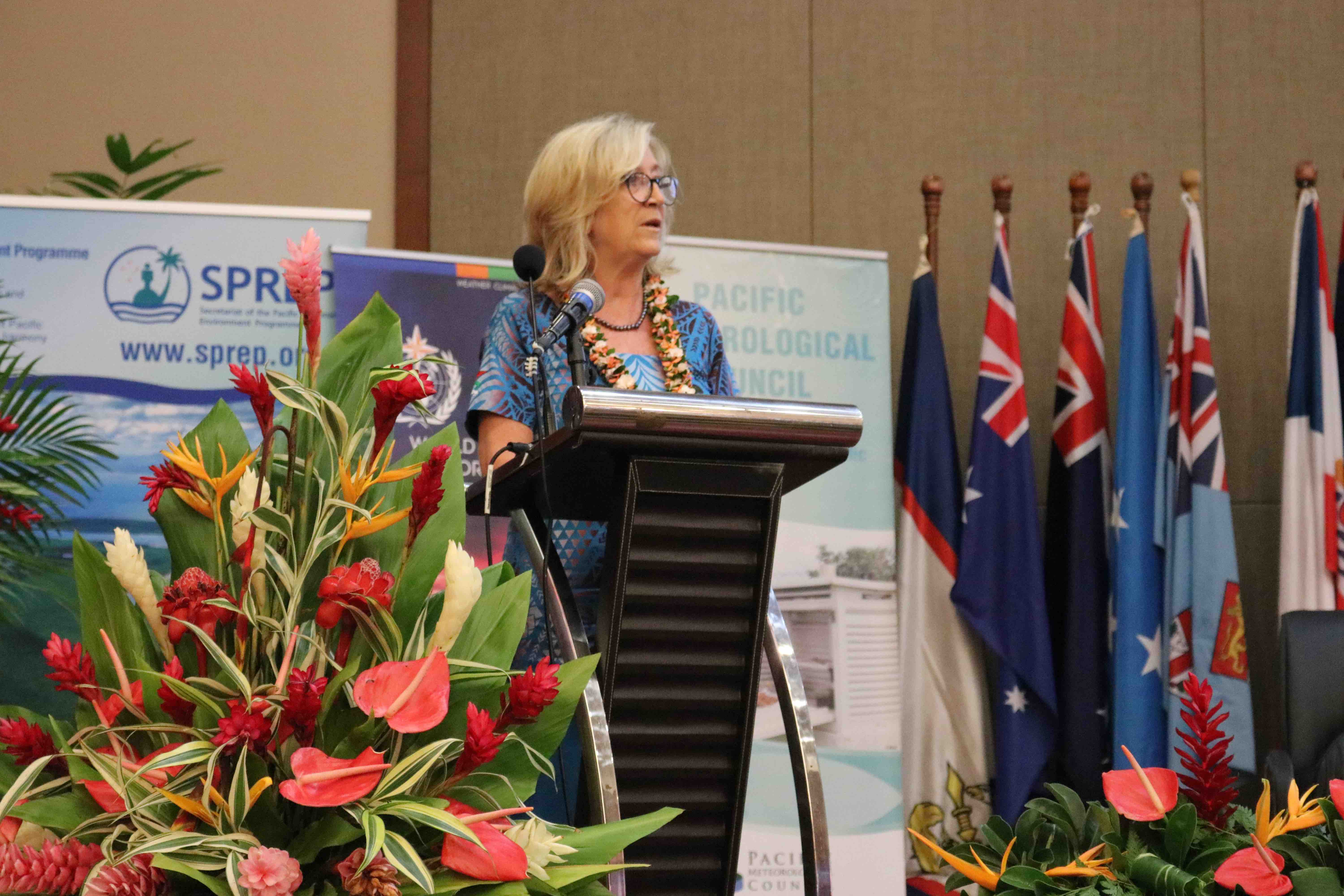 Ms. Power also thanked the national meteorological services in the room for their work.

“It also supports significantly, both directly and indirectly, the efforts to achieve the Sustainable Development Goals.”

The P.M.C meeting continues Thursday and Friday, with its panels presenting on their work from the last two years, as well as organisations and donor partners presenting to the council on their work. 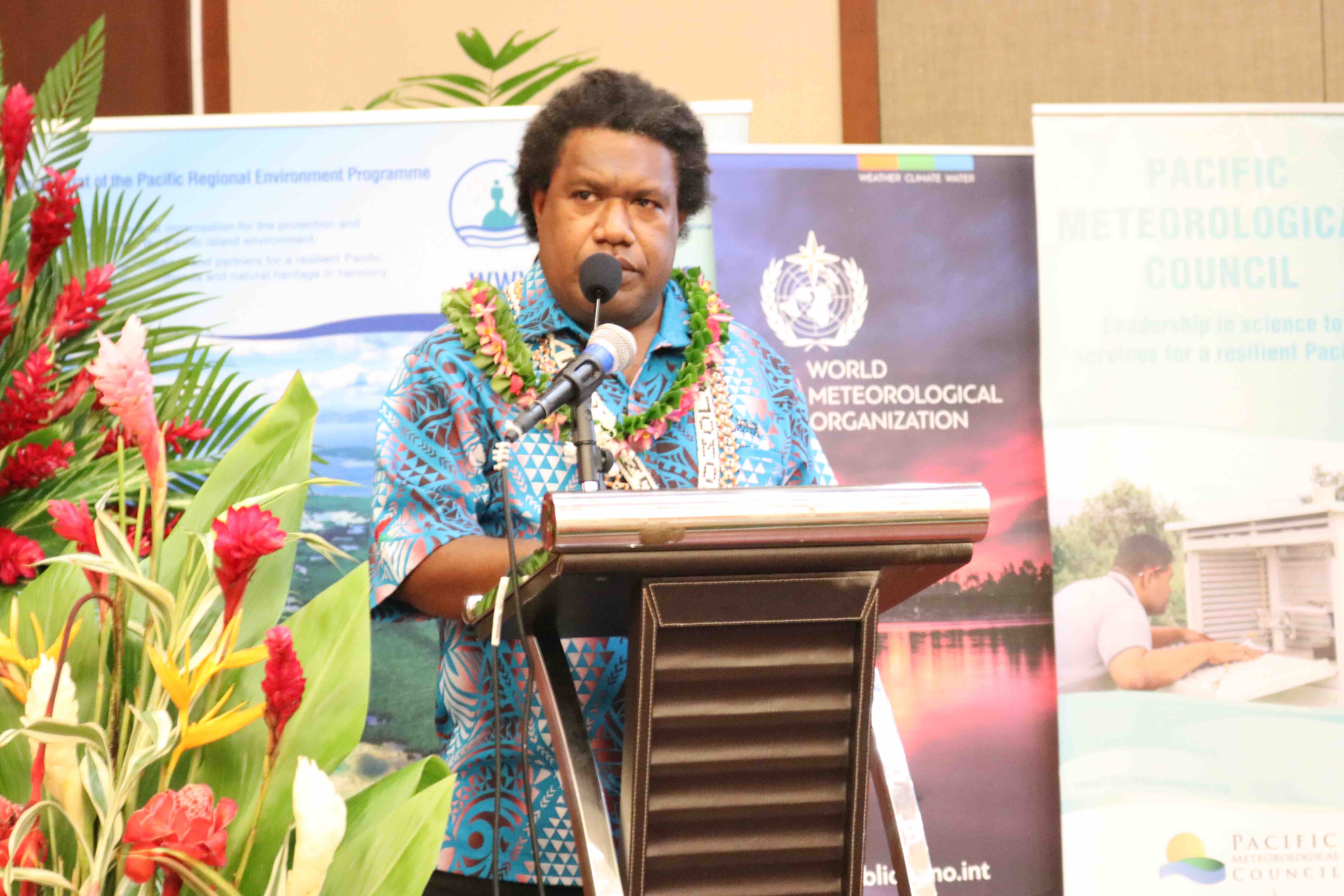 The council will decide where to host the sixth P.M.C on Friday.