Local farmers and growers will benefit from employment opportunities at a new food distribution company has been launched at Vaitele, its founders say.

John Stokes, the founder and co-director of the new company Eat The Kiwi (E.T.K.), says the new Samoan company was launched Tuesday following the success of a food sourcing venture in New Zealand.

“Eat The Kiwi (E.T.K.) was borne out of our success in New Zealand, where we operate a highly regarded fine fresh food sourcing and delivery business, The Produce Company (T.P.C.)," he said.

“T.P.C. is best known for supplying restaurants and hotels across Auckland, something we’ve been doing for nearly 20 years.

"In wanting to grow and share New Zealand’s food goodness with the rest of the world, we branched out internationally.

“Firstly, we started supplying super yachts in the South Pacific, and then we built our own distribution hubs in Vanuatu and Hong Kong and now Samoa.

“During our journey we have formed close relationships with many of our customers and forged bonds with Government agencies, the business community and the people of Samoa."

He said that the total cost of setting up the business is approximately more than $100,000 mostly due to the cost of their equipment.

“E.T.K. Samoa proposes to establish itself as an aggregator and wholesaler of local produce, providing a central point of contact for customers to access a wide variety of quality fruit and vegetables, and relaying feedback and information on market requirements to producers," he said.

“By offering consistent and reliable markets with regulated standards, E.T.K. hopes to see the fruit and vegetable sector diversify and mature, creating opportunities for new varieties, improved quality and consistency, and a reduced dependence on imported goods.

“We employ only local staff and in our short time together, these staff has become part of the Eat The Kiwi family."

One of the General Managers and shareholders of E.T.K. Samoa, Katie Bradley, said an emerging tourism market presents opportunities for Samoan agriculture. 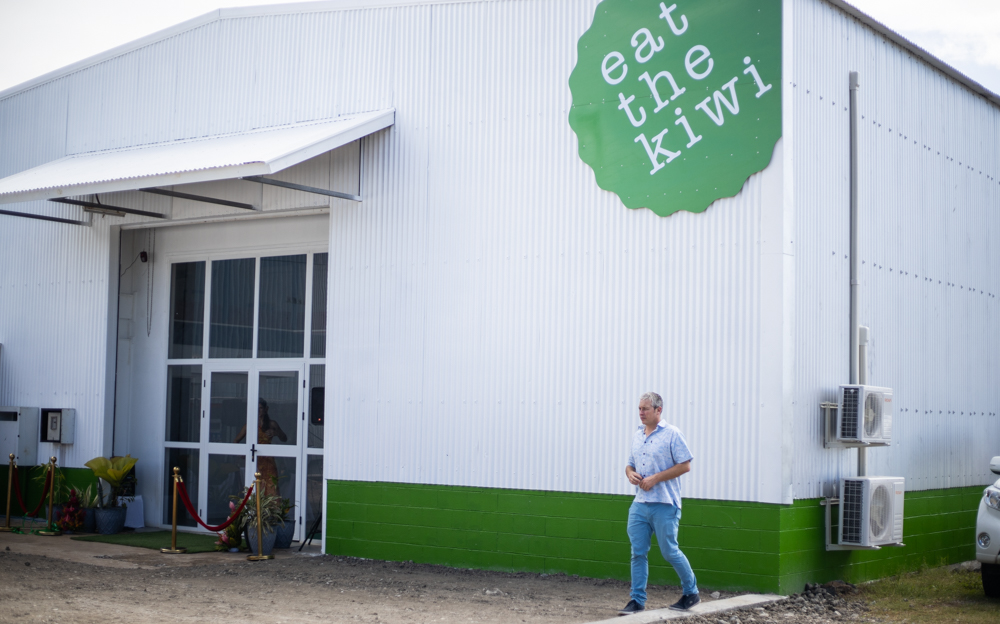 “While the initial stages of business development are centred on sourcing products from New Zealand which are unavailable to hotels, resorts and restaurants, we have clearly recognised the importance of identifying a sustainable local market to complement our services," she said.

Mr. Stokes said he expects that exporting Samoa’s local produce will be an opportunity in the future.