A tour on board the exploration vessel Nautilus. (Photo: Misiona Simo)

Women are the key to the survival of the human race, a well-known American oceanographer and explorer currently at anchor in Apia said yesterday.

Dr. Robert Ballard's exploits in the field of ocean exploration and underwater archaeology are legendary. His more than 160 ocean exploration missions include discoveries of the wrecks of the RMS Titanic, the battleship Bismarck, the aircraft carrier USS Yorktown, and John F. Kennedy's PT-109.

The 77-year-old arrived in Samoa on Sunday aboard the exploration vessel Nautilus for his latest expedition: seeking the remains of legendary aviatrix Amelia Earhart.

Speaking to the Samoa Observer on the subject of impending climate disaster, he said that the planet Earth will be fine; it’s not going anywhere; and it will be around for billions of years.

But he is worried about the future of mankind - and thinks women have the answer:

“The more a woman is educated the less likely she will have a baby as a teenager and [as] the birthrate gets under control.

"The more the women become empowered, we need to get our population under control or we are doomed."

Dr. Ballard studied a double major in Chemistry and Geology, and minored in Mathematics and Physics from the University of California, Santa Barbara.

“I am the first of 13 generations in my family to go to College; I was raised by mother and grandmother," he said.

"She told me that: ‘Great is the person who plants a tree knowing they will never sit in its shade.' And that is what I am doing with my work."

When asked how his passion for ocean science began, he said as a 12-year-old child, he watched a movie called 20,000 Leagues under the sea: A Tour of the Underwater World which was led by Captain Nemo. 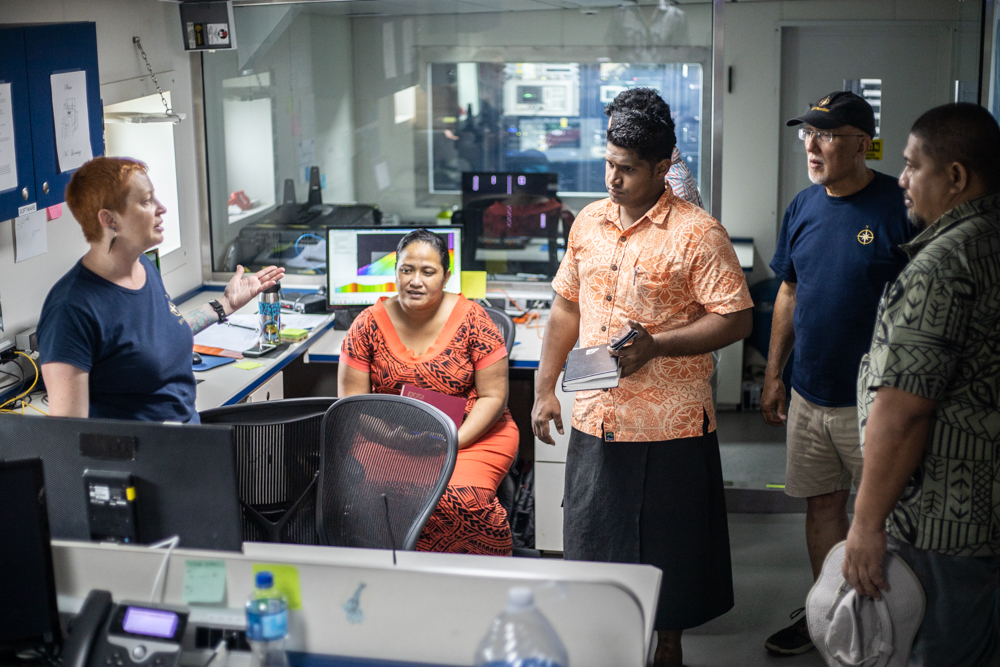 “I knew right there that I wanted to explore the ocean like Captain Nemo, so I am a child living my dream.

"In the movie, Captain Nemo’s submarine is called Nautilus which is the name of the ship I am leading expeditions with."

On board the Nautilus, there are 31 crew and 17 engineers and oceanographers altogether.

On Wednesday they will depart Apia, to sail 1000 kilometres north in search of Earhart's final resting place.

They are searching for signs of Earhart's Model 10 Lockheed aircraft on the remote island of Nikumaroro, an uninhabited slice of territory in Kiribati.

Earhart's 1937 disappearance somewhere over the Pacific while attempting to circumnavigate the world in a plane is one of the enduring mysteries of the 20th Century.