Nikumaroro Island is the object of the expedition. (Photo: Supplied.)

Fresh from exploring the secrets of one the ocean's darkest corners in American Samoa, the exploration vessel Nautilus is in Apia on its way to solve one of the 20th Century's greatest puzzles: the disappearance of legendary aviator Amelia Earhart.

Earhart was the first female pilot to fly across the Atlantic Ocean.

But her next voyage, an attempt to circumnavigate the globe in 1937, ended in mystery somewhere in the Pacific. Taking off from Papua New Guinea, Earhart set off to refuel on Howland Island before disappearing without ever being found.

They are setting sail for the remote island of Nikumaroro, an uninhabited slice of territory in Kiribati.

In 1985 he shot to global fame as the man who found the final resting place of the Titanic. Dr. Ballard says he has conducted more than 160 ocean exploration missions over the past half-century.

But Earhart's disappearance has spawned countless theories in the 82 years since her disappearance, including theories she was captured by Japanese soldiers. 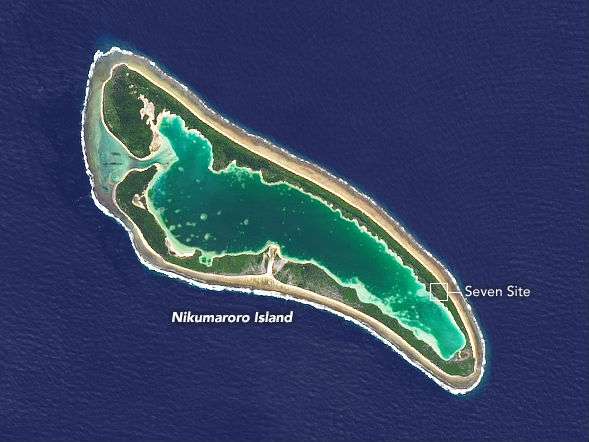 The aviator sent out signals for several days after she crashed. But they stopped before the US Coast Guard arrived to search the area around Howland Island for weeks after her disappearance. They found no trace.

The Nikumaroro theory is the most compelling, historians say. But no piece of Earhart's Lockheed Model 10 aircraft has yet been discovered.

"We have an incredible team in place of experts, scientists and explorers who are working diligently to map out this ambitious expedition," Dr. Ballard told National Geographic.

"I would say we have a real shot at rewriting history by solving one of the greatest mysteries of our time."

The expedition will make use of E/V Nautilus' ability to map the seafloor and deploy underwater cameras and remotely-operated and autonomous deep sea exploration vehicles.

The ship has spent the past two weeks exploring the sea bed in American Samoa.

The ship's ability to penetrate the depths of the ocean delivered incredible pictures of "mesophotic" coral systems, an understudied component of the ocean floor formed in low light and depths of between 30 and 150 metres. 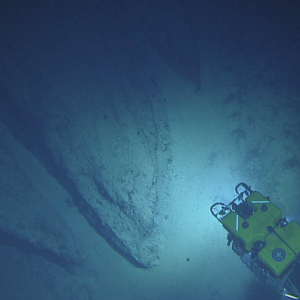 The Nautilus arrived in Apia on Sunday in order to change crews ahead of the voyage to Nikumaroro.

Whether the same technology is able to bring Earhart's final resting place to light remains to be seen. The truth will be revealed in a documentary by National Geographic - sponsors of this month's voyage - premiering in October.

Progress of the journey will also be live-streamed at https://nautiluslive.org/.