The Deputy Prime Minister, Fiame Naomi Mataafa, has declared domestic violence a serious threat to development across the Pacific region and called for more attention to be paid to the way violence constrains women's potential.

Delivering the keynote address to the Asia Pacific Broadcasting Union (A.B.U) Pacific Media Partnership Conference on Monday, the Deputy P.M. said that the ongoing prevalence of domestic violence was limiting the potential of the entire region.

"I think the impact of domestic violence on the development of the country has serious significance,” she said.

“When half of the population is not able to live their lives to their fullest potential, I think we are all necessarily being limited by the experience of that part of our population.

“When we are talking about domestic violence is somehow, the Pacific thinks this is a particular issue to them but it is a global issue and in the Pacific."

Fiame said as a female parliamentarian in the Pacific, she felt compelled to speak out on the issue.

The Deputy Prime Minister's comments come following the release last year of a report by the Office of the Ombudsman, which revealed harrowing statistics about the ongoing reality of domestic violence in Samoa.

An estimated 90 per cent of intimate partner violence in Samoa goes unreported, according to the national inquiry.

Of the 90 per cent of the unreported partner violence, a Samoa Family Health and Safety Study found the overwhelming majority of victims believe their abuse is normal or not serious. Only slightly less than three-quarters of victims said they believed the abuse was justified.

The inquiry (based on a survey of 1,500 respondents)  found 86 per cent have experienced physical violence in a family setting, and nearly one in 10 Samoan women have been raped by a family member in their lifetime.

The report also found that nine in 10 women consulted during the Inquiry said they had experienced physical or emotional violence in the hands of family members. Six out of 10 women experienced “intimate partner violence” in their lifetime.

The three-day conference is an annual joint force hosted by TV1 Samoa for local and international media practitioners to engage and discuss more specific and relevant agenda tailored on the needs of the Pacific region broadcasters.

Fiame also used her address to advise media practitioners to focus more on positive achievements being made in development across the Pacific, and said the weight of negative stories was excessive.

“The news we’re publishing right now is mostly about harsh things happening around but for us locally, it is very important to make known of the important and good things, things that provoke happiness and not just the sad and hard stories to advertise,” she said.

“There is enough bad news and we need the good news in a very substantial way, in a way that can sustain us, can give us hope, can show light upon darkness and so forth.”

“So I think while you’re discussing and sharing during the next few days, I might just wonder that we might all just come down on that average that no news is good news or that good news is the best.”

The adage of “no news is good news” had triggered Fiame's attention, she said.

“I’ve always thought about it and I thought what does it mean? Does that mean only bad news is what we’re looking for? That there is no room for good news?

"So I think colleagues and friends, I think we really need the good news."

Fiame also wishes to use the opportunity of hosting the conference to add the initial ‘P’ into the broadcasting union's name to make it more inclusive.

“This is the message I make quite often in other sectors that I am involved in that if we are truly a region, the Asia-Pacific must be reflected in the names of our organisations,” she added.

The theme for this year’s conference is “Safeguarding Tomorrow: Building Media Sustainability in the Pacific.”

The first day was opened with ABU high level discussion by CEOs and experts in the Pacific region issues including the integration of the Pacific media in climate change adaptation and disaster preparedness. 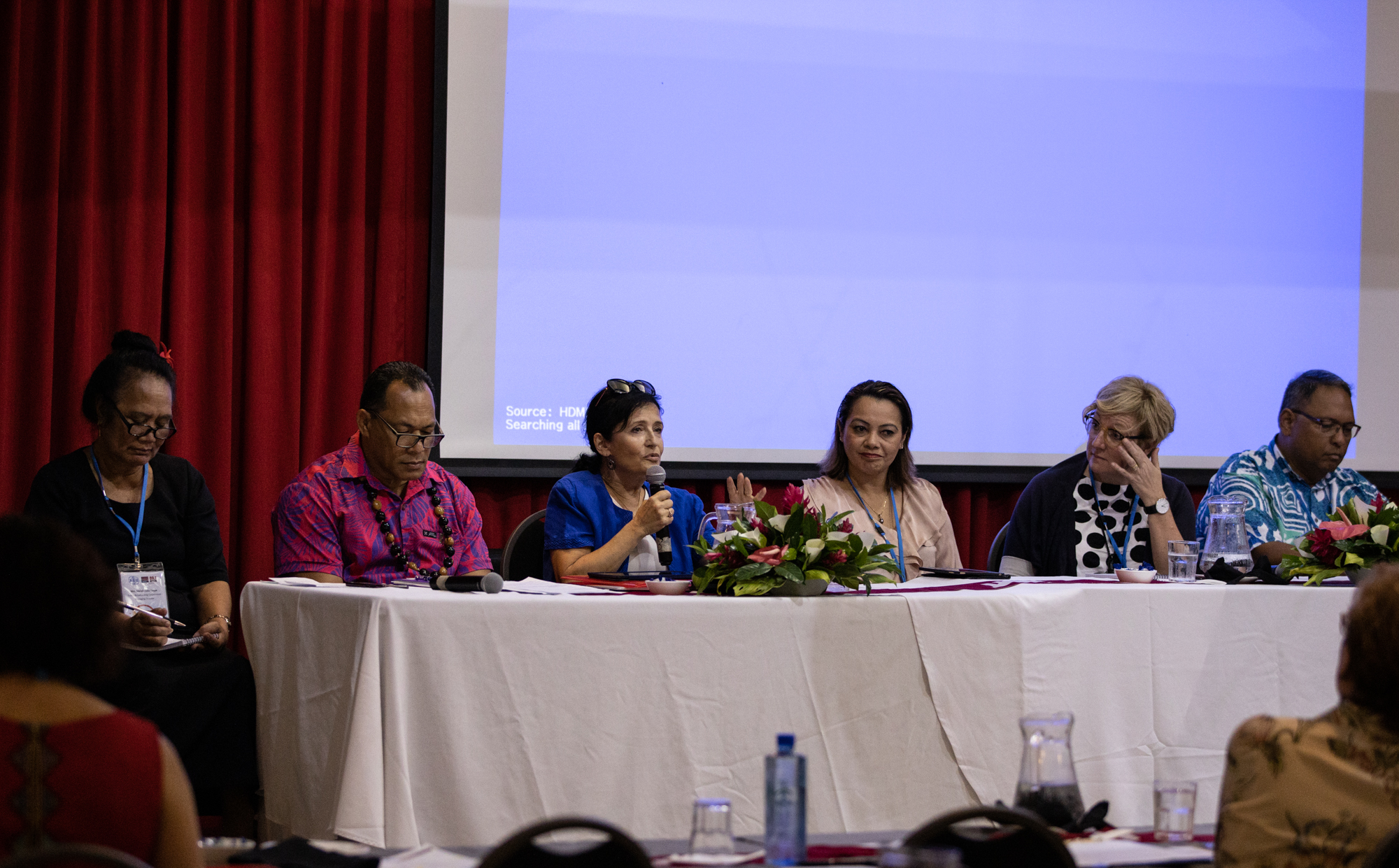 The Conference will also present a mix of formal media sessions and practical workshops on building the capacity of the Pacific Media to cover climate change, with the assistance of UNESCO, mobile journalism, technical capacity and utilising Facebook live to extend broadcasting reach.