Samoan Martin Iosefo just winging it for the U.S.A.

Samoan-American Martin Iosefo enjoyed lining up on the left wing for the U.S.A. against the country that he grew up in last weekend.

“I was born in Hawai’i, moved back to Samoa when I was like four," Iosefo said.

He said he spent the time in his parent's homeland immersed him in the culture, before the family went back to Hawai'i for the start of Iosefo's high school education.

“That’s what my parents wanted for me, just to be around what they were brought up on."

The U.S.A. Sevens star was also brought up on rugby, which he played along with American football until he took up a college football scholarship at the University of Montana.

“After college I went back to playing rugby again.

“I’ve always enjoyed rugby I think more so than football because of my dad."

Iosefo said his father played a lot with his brothers growing up, and it was a way for them to stay connected.

“He’d always take me with him to their rugby training, so I was there running around with them, the only kid." 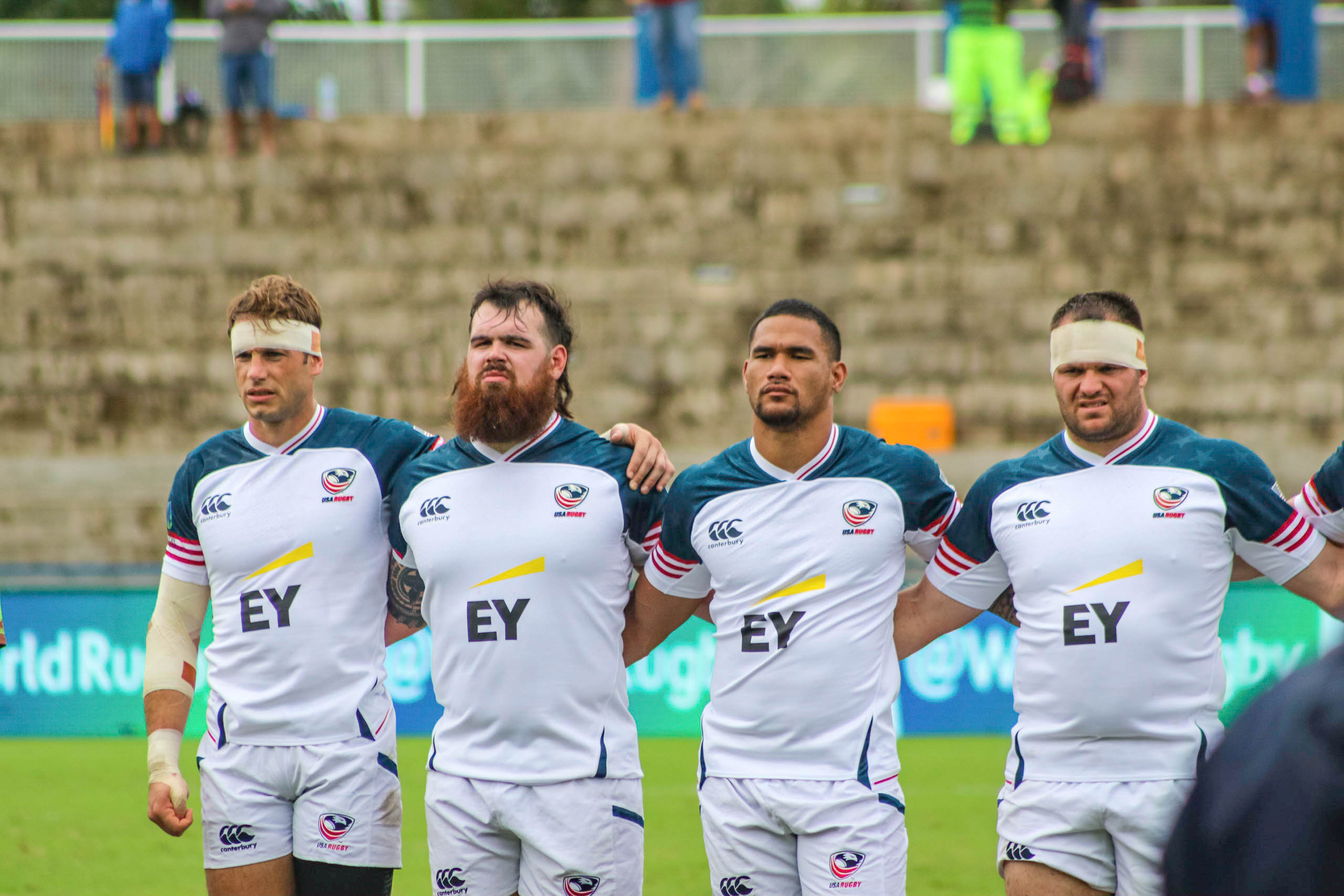 He said the U.S.A's 10-13 victory over the Manu was a good win, and they knew it was going to be physical.

“Given the condition of the field, the rain, i thought it went really well for us.

“The boys stuck it out and got the win."

Iosefo said the Manu are a good side, with a lot of experienced players at different clubs overseas.

But it was one of locals that lined up directly opposite him on Saturday in right wing Johnny Vaili.

The pair squared off numerous times during the 2018/19 World Rugby Sevens Series, and Iosefo said he enjoyed playing against Vaili in a different environment.

Iosefo is one of three U.S.A. Sevens players who took the field against the Manu, along with Ben Pinkelman and Madison Hughes.

He said the biggest thing they bring to the Pacific Nations Cup squad is a winning mentality, stemming from their second place finish in the Series last season.

“If we can instil that same belief in this group as we go on through the journey - we’ve made some pretty good progress so far, winning the first two P.N.C. games."

The 15s Eagles face their toughest test yet against Japan in the title decider on Saturday, meanwhile the Manu Samoa will face Fiji in their last Pacific Nations Cup match for the year.