The President and members at a Saturday working bee. (Photo: Jotham Ulutoa)

More than ten years since the Rotary Club's ongoing school literacy project began, it has contributed to more than 50 schools across Samoa with the donations of desks, chairs and, this year, more than 1000 new books.

Speaking to the Samoa Observer at Vaitele on Saturday morning, outgoing Rotary President Savage Sapolu said the aim of the project was to help stock and create school libraries. 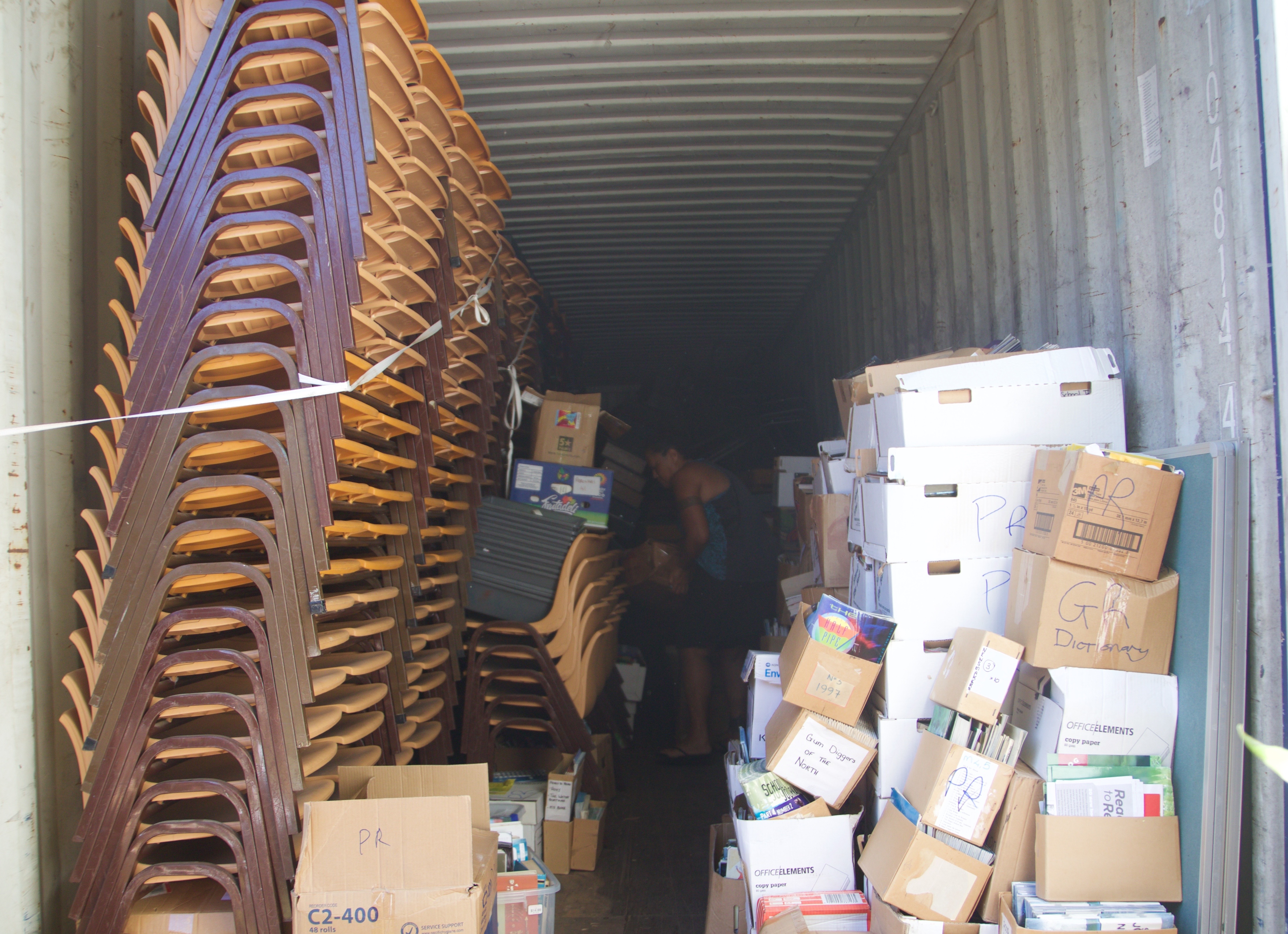 “[This] is probably is one of Rotary’s longest projects, and it's looking at building libraries in primary and secondary schools,” he said.

Resources for the project and its books are donated from Australia and New Zealand. 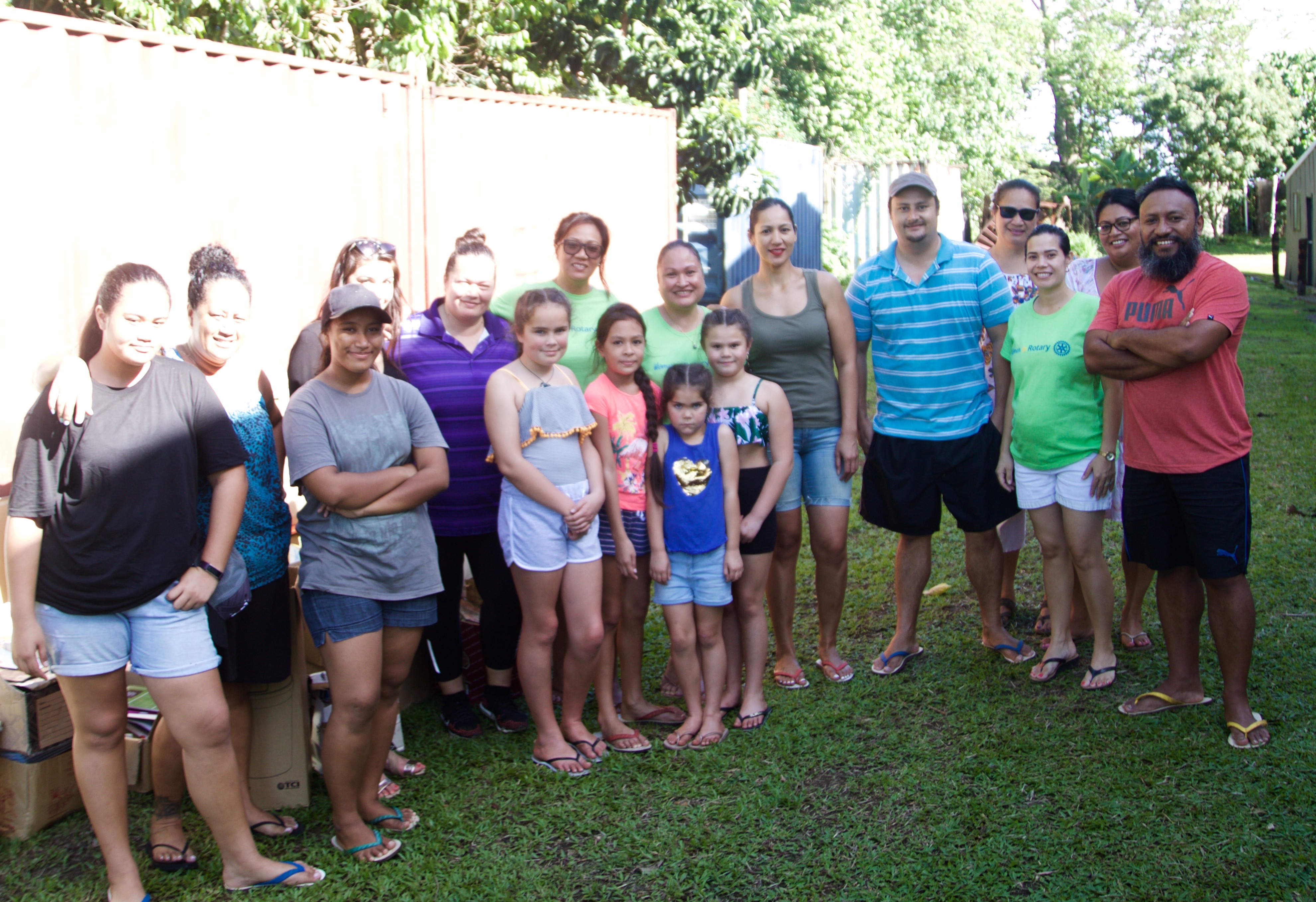 “They will send some primary and secondary resources to us and then we distribute to the appropriate schools,” he said.

Incoming President Joanne Rasmussen said books would be divided among primary and secondary schools and distributed on request. 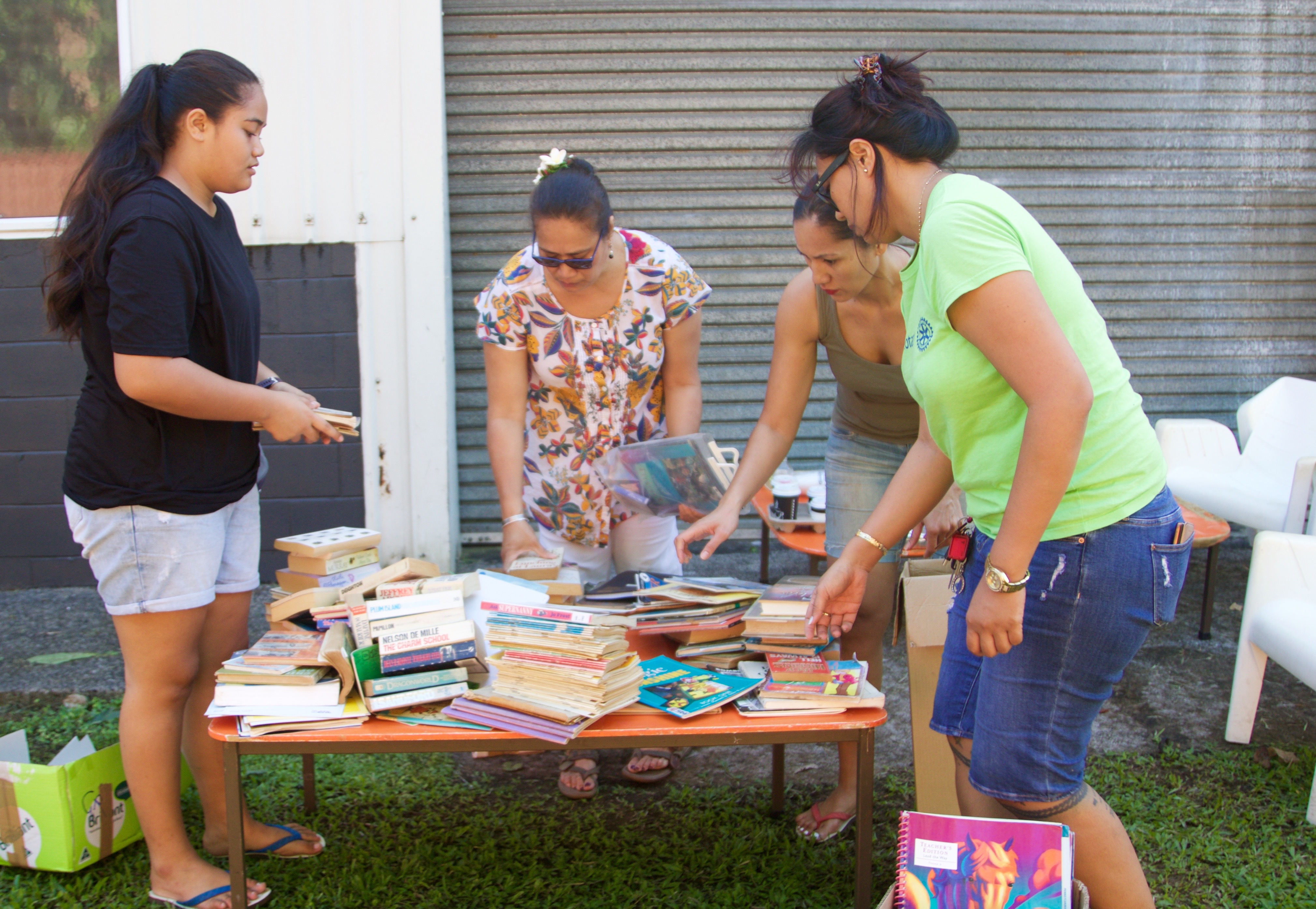 “We categorise all the books and donate to the schools who need the most or don't have enough resources,” she said. 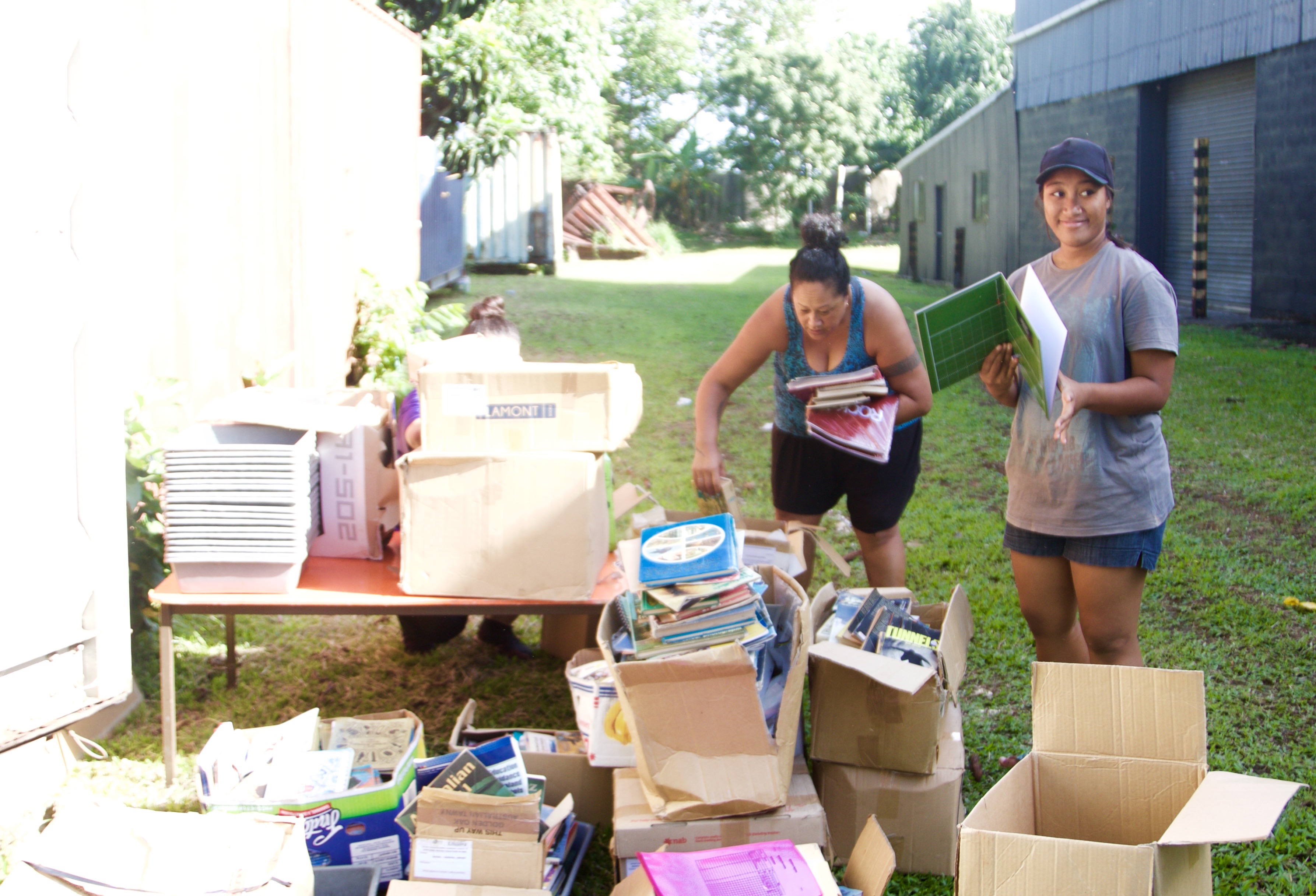 On Saturday members of Rotary club and their families and friends were volunteering their time to sort the books.

Ms. Rasmussen said the project has helped more than 50 schools in Samoa over the past ten years.

“They always appreciate the resources we give them," she said.