It’s high time the Pacific focused its priorities on including people with disabilities in all sectors of society and Samoa could be poised to taking a leading role, says the region’s umbrella organisation for people living with disabilities.

The Pacific Disability Forum (P.D.F.) programme team leader, Angeline Chand, said that promoting the inclusion of people with a disability will require change from across the government, media, families and churches.

“You will often see 0.001 percent of the national budget is spent on disability, which is quite low," Ms. Chand said.

The Forum acknowledges that there has been progress across the Pacific on refocusing government budgets towards the needs of people with disabilities but that certain areas remain neglected.

“Colleagues who are deaf; [have] communication barriers; intellectual disability; or [a] psycho-social disability [...are] still not included," she said.

Ms. Chand said that an urban-rural divide in access to services still prevailed across the Pacific.

Ms. Chand said even work on estimating and comparing populations of people living with disabilities across the region is still ongoing.

“What we do is through the different governments in the census questions, so we are hoping that once all the countries have [a] census, they [will] use all the disability questions, it’s supposed to give us some compatible data.”

She said that disability inclusion training in Samoa is moving towards supporting new parts of society - such as employer groups - to better include people with disability, while other countries in the region remain in introductory phases.

“We hope Samoa is able to lead the way for the Pacific," Ms. Chand said.

The Australian Department of Foreign Affairs and Trade is assisting Samoa, Papua New Guinea and Kiribati with a disability training programme.

Ms. Chand said the training will also enhance the skills of community and advocacy groups to lobby for greater inclusion.

“Advocacy eventually will lead them to employment if they are telling employers about reasonable accommodation, which is a new concept to employers," she said. 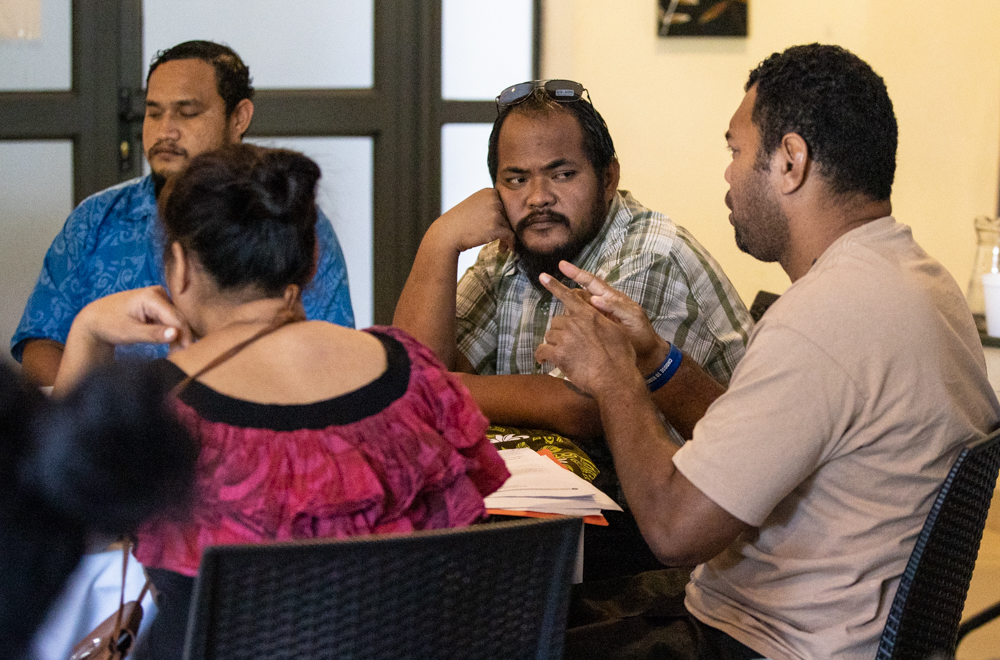 She also praised the work done by N.O.L.A.

"[Their work is] about building the capacity of their members, which we sometimes don’t see in other countries.

Ultimately though Ms. Chand said a broader change in thinking was required to achieve true inclusion: “They have rights [the same] as [any] other person."