The team made history by making the tournament final (a 3-1 loss to Papua New Guinea) and winning silver, which Bareman said was an awesome achievement.

“It’s always going to be tough to beat Papua New Guinea, for as long as I can remember they’ve always been a force in the women’s game.”

Bareman said she was following the 2019 Games on social media from where she works in Zurich, Switzerland. 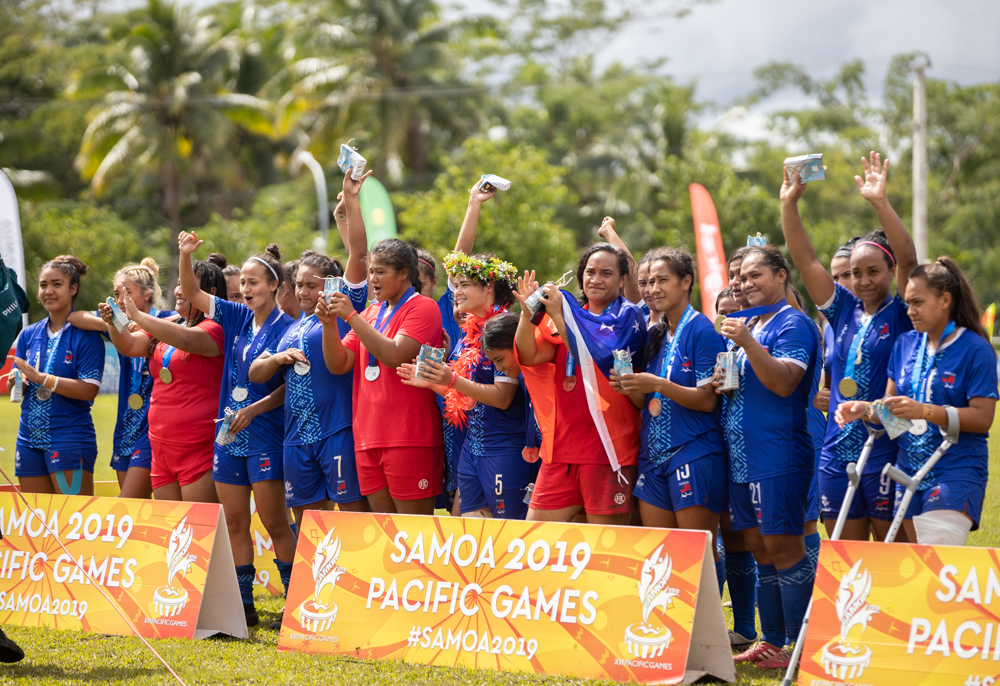 The former Football Federation of Samoa C.E.O. said it was really rewarding to see the progression of the players.

“It was nice to see some of the faces in that team are players that were involved in the grassroots programmes that were being run when I was in Samoa.”

The tournament was a strong turnaround from the team’s previous outing; a group stage exit at the 2018 Oceania Football Confederation (O.F.C.) Women’s Nations Cup last November.

That campaign featured one draw and two losses, including a 5-0 drubbing at the hands of Papua New Guinea.

Bareman said the performance is a credit to coach Nicola Demaine, who she used to work with at the O.F.C.

“I think she’s done a lot of work with the team over the past couple of years since she’s been at the helm to really foster a professional environment around it.

“And I think that is a big part of why they made it through in the end to the final.”

Bareman said Demaine has a lot of experience in the region, and thus a very good understanding of the challenges that exist in the Pacific, as well as a strong cultural understanding.

“And I think that’s really important, particularly when countries are looking at bringing overseas coaches in.

“Particularly in the women’s game, I think it’s really important that those coaches have a clear understanding of what the environment is in the country that they’re going into.”

She said the Pacific Games is a massive event.

“I think it’s so special that Samoa had the opportunity to host it, and as a country what they were able to do in what was a short period of time… was quite awesome.”