The grey Nissan Cube where the bodies of a male and female were found. (Photo: Vaitogi Asuisui Matafeo)

Two people were found dead inside a grey Nissan Cube opposite the United Nations’ Headquarters at Tuanaimato in a case police are treating as a suspected homicide.

A Police Officer at the scene when the Samoa Observer arrived on Wednesday morning said the Police are still continuing their investigations but were treating the case as a homicide.

“I can confirm that some people died here but I cannot give any details,” the Officer said. “We are treating this case as a homicide”.

The victims were a man and a woman taken by police to the Motootua National Hospital about 2 am, according to a senior employee at the Hospital who declined to be named. 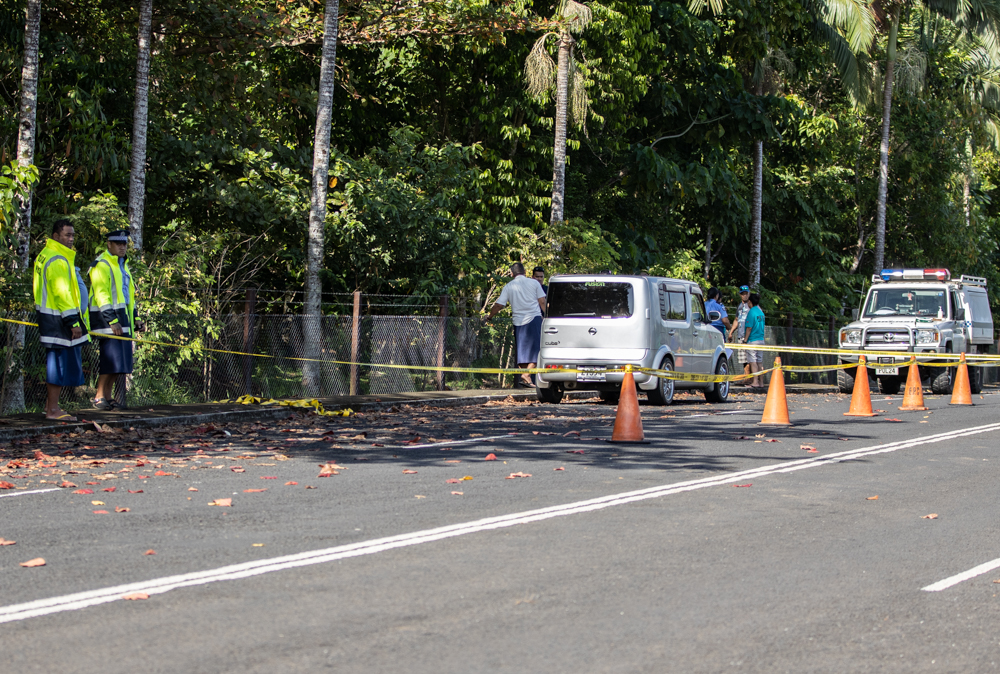 Another Police Officer told the Samoa Observer the victims were understood to have been found in the small car by passersby in the early hours of Wednesday morning who then called for help.

“I think the broken glasses on the side of the car was how the Police broke open the car,” the Officer, who declined to be named because they were not authorised to speak to the media, said.

“Some people found the bodies early yesterday (Wednesday) morning and called the police.”

Police have not returned an official request for comment from this newspaper.