The Samoan taking global women's football to the next level: Sarai Bareman

“How do we harness that momentum, and that engagement and that interest and continue it afterwards." - Sarai Bareman with the World Cup trophy. (Photo: FIFA via Getty Images)
Football
Samoans abroad

Now she is seeking to use that interest to boost the game's reach long into the future.

The recent tournament drew more than one billion broadcast views from around the world.

“The digital numbers that have come out are massive in terms of the following and engagement of everything."

She said the challenge now is keeping that following and engagement up.

"This is the moment where I think we have for sure the most momentum.

“How do we harness that momentum, and that engagement and that interest and continue it afterwards."

After a few days' break following the final on July 8th Samoan time, Bareman turned her attention to doing just that.

“It was definitely a struggle, the first week back adjusting back to the kind of 9-5 desk work," she said.

“But [it's] super important to get back into it right now." 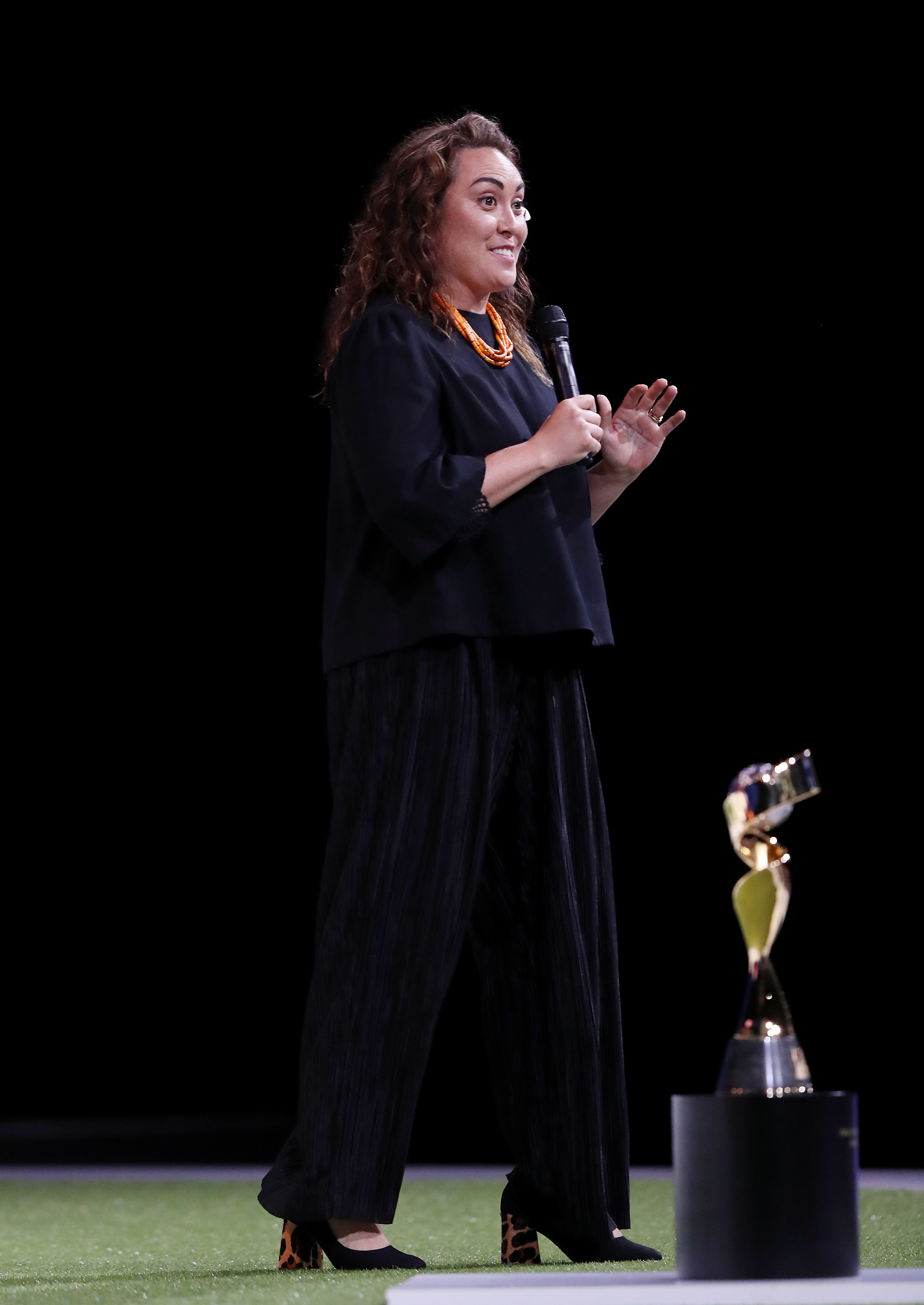 FIFA launched their global Women's Football Strategy in October 2018 and Bareman said she is often asked what the one thing that can bring women's football up to the level of the men's game is.

“There is no one thing, in order to do long-term sustainable change that will have the greatest impact, you have to take a longer-term approach," she said.

“Which is a bit difficult because football fans and the football family are demanding, and there’s not a big appetite for long-term approach."

But Bareman said commercialising the game more is one of the keys.

“When I travel around the world, and it’s a big issue in the Pacific region, there’s not a lot of commercial interest in the women’s game.

“If we can make a big impact at FIFA level in that respect, that will flow down through the pyramids of football as well."

A recent trend in the women's game has been increased attention being paid by the marquee European clubs to their female teams.

For example, English powerhouse Manchester United founded a women's side in 2018, which was promoted to the first-division Women's Super League for their upcoming second season.

“That kind of interest from the big clubs helps a lot, because they have a massive following," Bareman said.

“They’re mainstream, those big-name clubs, and that helps a lot in terms of bringing attention to the women’s game, and to our female players."

She said upping that profile is another key thing to work on.

“You can walk down the street and nine out of ten people will be able to name at least three of the top male footballers in the world.

“You ask the same people the same question about women’s football and you’d struggle to find someone who can name our players."

Bareman, who played internationally for Samoa, said growing up all her football idols were male players.

“It’s important I think, as we look to increase participation, we have female role models that young girls can look up to.

"Ultimately what it comes down to now, in between major tournaments, is the popularity of the domestic leagues in the individual member countries."