Everyday position of women at odds with Fa'a Samoa: Fuimapoao

Women are said to occupy a high place in the culture but the reality for women in Samoa is far from the ideal of Fa'a Samoa, a former senior civil servant says.

Fuimapoao Beth Onesemo-Tuilaepa, a lawyer and former C.E.O. of the Ministry of Women, made the comments at an Australian government funded workshop on women's empowerment this week.

"Our women culturally have always had [a] high standing; we do have the status, but we also realise that over time our reality as perhaps not been as aligned to what we would like," she said.

Fuimapoao said official statistics painted a different story about the status of women in Samoa that popularly held ideas about their cultural role.

"However 60 percent of mothers are not safe in their own homes and are the victims of domestic violence," she said. 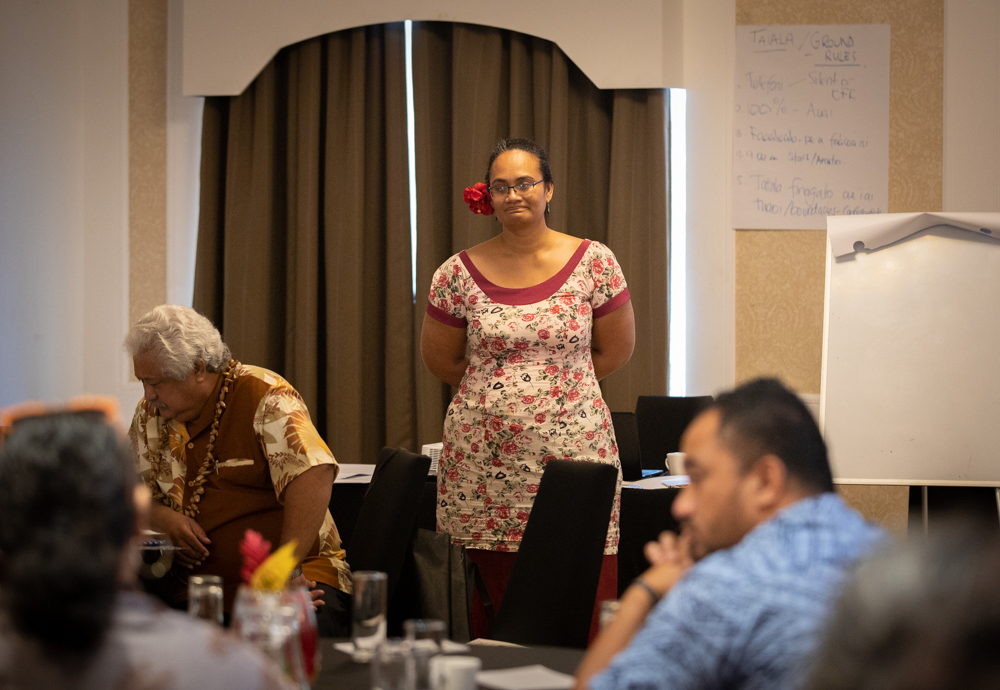 Fuimapoao believes that a good functional society requires leadership groups and those in making decisions on behalf of broader society to reflect the demographics of the broader population.

"Women will continue to die and children will continue to be left without mothers unless we as a community realise that what we say and what we believe in terms of who is higher, who is lower and who is heard or not heard needs to change," she said.

"If it’s not changed, we will continue to have the statistics that we have at the moment."

Messages of gender equality in Samoa are most effective when they come right from the top of the leadership chain, which is where the message of a change in women's everyday welfare and representation needs to come from, said Fuimapoao.

"Our leadership group in churches and in villages and in governments all need to say the same clear message; women and men are equal, women deserve to be safe in their own families, and there is absolutely no place for violence against any women or child or anybody really," she said.

"We have seen [such messages before but] in practice but it has not been consistent," she said.

"We know no parent, no matai, does not have love in their heart for their community.

"So we need to be ensuring that they are regularly reminding themselves of those values and in the actions, in the messages, in the decisions that they make is reflective and aligned to what we say we are love, about family, about respect."

Last year, the final report of the Office of the Ombudsman’s two-year inquiry was released revealing shocking statistics into the realities of family violence.

Furthermore, the Inquiry survey of 1,500 found 86 percent of respondents have experienced physical violence in a family setting, and nearly one in ten Samoan women have been raped by a family member in their lifetime.

The report also found that 9 in 10 women consulted during the Inquiry said they had experienced physical or emotional violence in the hands of family members. Six out of 10 women experienced “intimate partner violence” in their lifetime.