The registered members of the R.S.C.C. (Photo: Supplied )

The Royal Samoa Country Club (R.S.C.C.) held a "thanksgiving" tournament last weekend for members, financial supporters and volunteers who drove a last-minute effort to bring the course at Fagali’i up to international standard for the XVI Pacific Games.

The R.S.C.C.'s “thanksgiving tournament” over the weekend was dedicated to donors and supporters who helped them achieve a sometimes-challenging course upgrade in just four months.

“We would like to thank everyone who have generously donated, one way or another for this purpose," said President of R.S.C.C. Toleafoa Dr. Viali Lameko.

“We also had the opportunity last Saturday to thank all the golf volunteers at the Pacific Games, who are all members of the R.S.C.C., who registered to help with the Games.

“Their invaluable time made it possible to monitor all the events and observe the rules on the vast 18-hole-golf course.

“We also acknowledged the Fagali’i Village Council and the youth for cleaning the rubbish, outside and inside of the fence during the games on a daily basis.

“Last but not the least, is to thank both our men and women’s teams for the great efforts at the games.”

Toleafoa said the Samoa Golf Incorporated (S.G.I.) donated an initial $20,000 but they remained in dire need of a further $100,000 to upgrade the golf course in time for the Games and dove into last-minute fundraising:

“We want thank the assistance of the business community, the donors, Fagali’i Village Council and the untitled men and the Fundraising Committee Chairman, Tuiaopo Adrew Ah Liki.

"We [also] want to thank the various individuals and sponsors within the business community for supporting our fundraising.

“We held the Independence Ball and tournaments to raise money.

“We are a private golf course and we rely heavily on members and donors for the financial support." 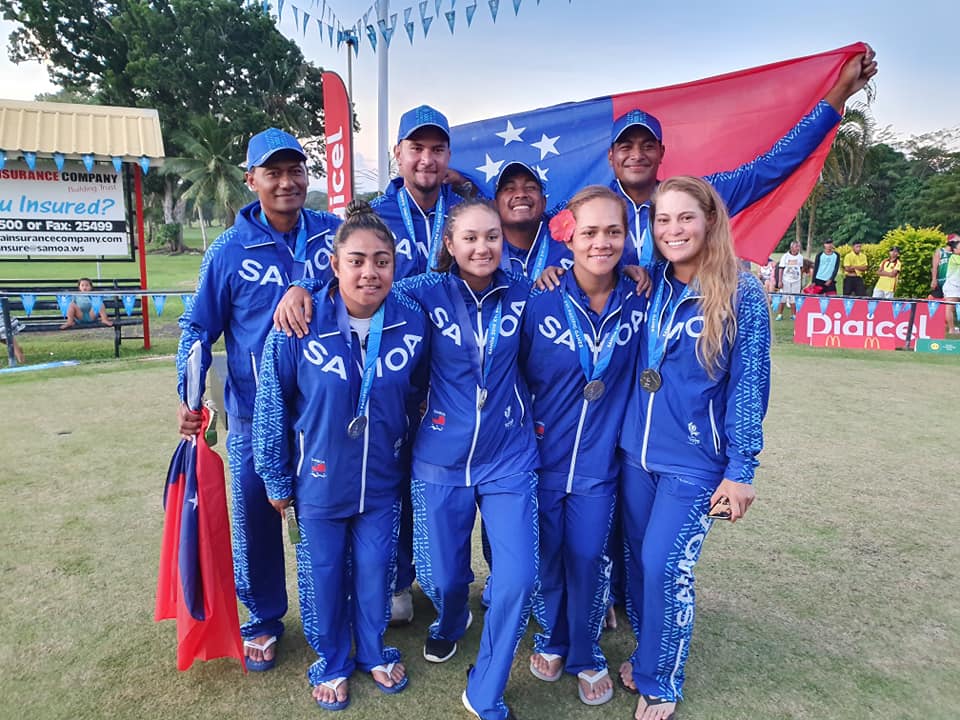 Toleafoa said both Teams won silver medals, and the men’s team was just beaten by two strokes behind the strong New Caledonia team.