Two men, said to be dazed, were pulled out of the car, minutes after the crash at Talimatau. (Photo: Misiona Simo)

Talimatau residents were rudely awoken by a loud bang in the middle of Sunday afternoon when a taxi drove into a ditch at Talimatau road leaving a passenger severely injured and the driver in critical condition.

The taxi belongs to the Hop a Cab taxi stand at Vaitele Fou.

By-standers say they did not see how the crash came about but speculated that alcohol may have contributed.

Two dazed men with severe injuries were seen being pulled out of the vehicle.

By the time the Samoa Observer got to the scene, the police had already left and an ambulance had taken the injured men to the hospital.

"We don't know if one is going to survive: the driver," said a Talimatau resident who did not want to be named.

Another witness who also declined to be named said they had seen two men climb into the cab and speculated that alcohol may have contributed to the accident:

"Both of them [appeared] drunk". 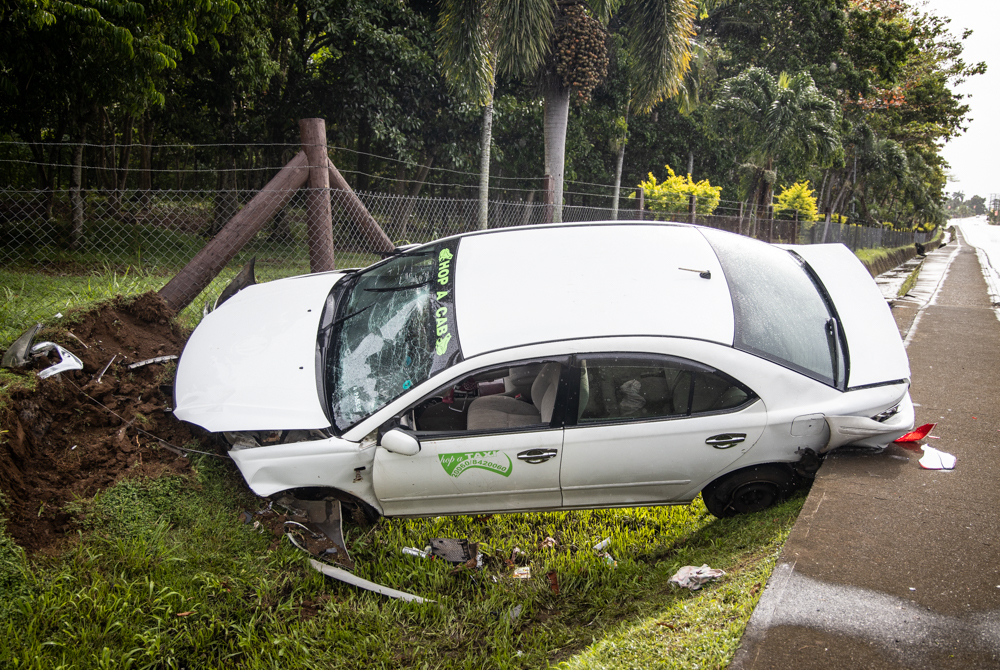 Samoa Observer questioned a member of staff at the Hop a Cab taxi stand shortly after the crash. A woman there who did not want to be identified said the company did not have any information about who had driven the vehicle, stating only:

"We are still trying to confirm which driver and car crashed because we have about ten vehicles operating right now.

"We are still trying to contact those ten drivers to see if anyone can find out who it is, but we have nothing yet."

The car was left in an unsalvageable condition.