Lalomanu filled with triathletes on Saturday

Athletes from New Zealand, Australia and Samoa took on a gruelling challenge on Saturday: completing the arduous Warrior race, or half an Ironman. 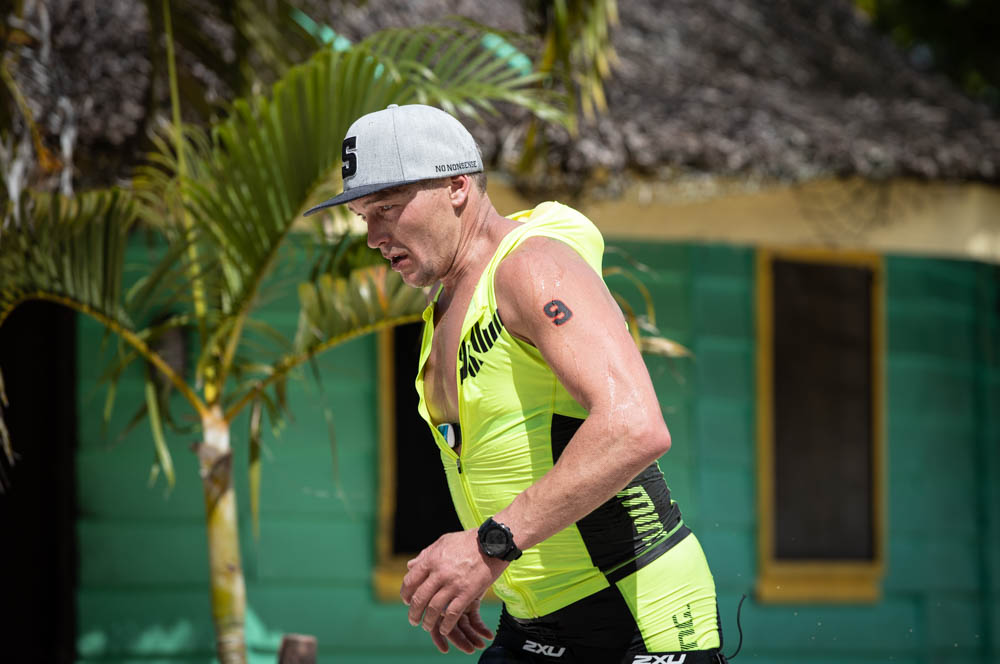 He came in before 12-time Ironman New Zealand winner Cameron Brown whose bike broke down in Tiavea and a replacement had to be delivered to him, but completed the race overall just 16 seconds quicker than Preston.

Preston travelled with his friend Matt Turnbull, who finished his first half ironman in 6:46:19. It is their first time in Samoa, after finding the race event on Facebook.

“I saw it a couple of years ago and have always wanted to come, and finally could,” Preston said.

“It’s so hot. I have just been to Cairns and raced there so I knew it was going to be hotter than that and had to prepare for it.

“Coming from Queenstown where it is five degrees, all my runs are done at 0-5 degrees.”

He said he was happy with his time as the course is particularly tough. The roads are challenging and the course was shared with traffic.

Preston said when he moved to Queenstown about five years ago, he had never run, biked or swum before.

“I just was snowboarding and drinking, and met people who were doing it and started running. Then four years ago I did my first ever triathlon,” he said.

“I’ve become obsessed with it and that is all I have done for the last four years.”

He works a 45 hour week as a builder, squeezing in 25 hours of training before and after his shifts.

After Samoa, Preston is aiming to compete in the Taupo Half Ironman in December. 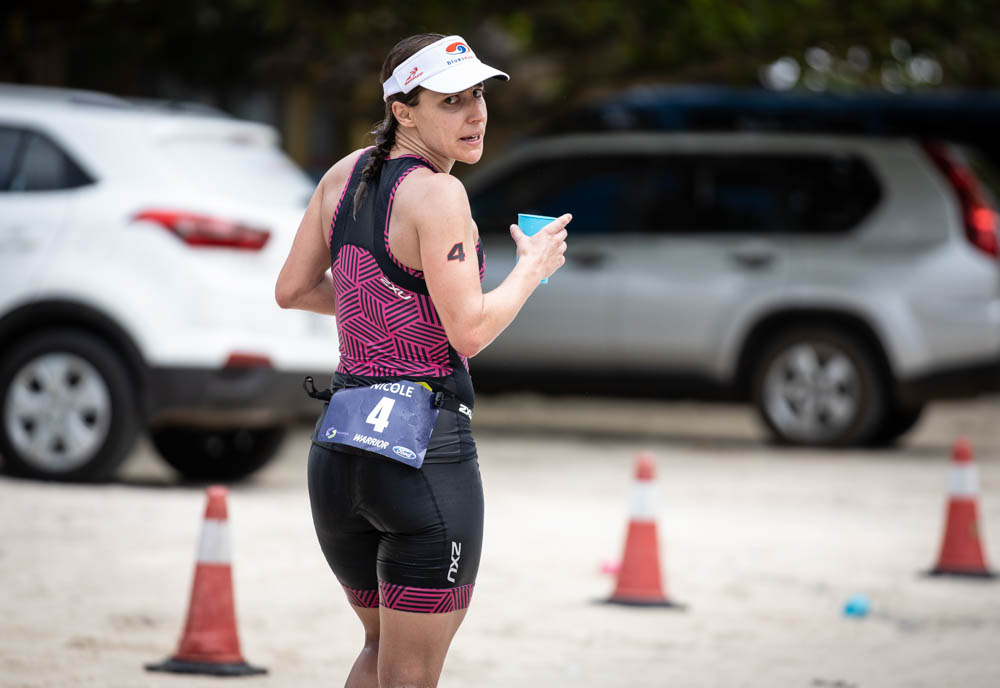 Two other women raced in that category: Ally Boggs, a swim trainer in Whangaparoa and Lesley Turner Hall, a full time dental hygienist in Auckland. 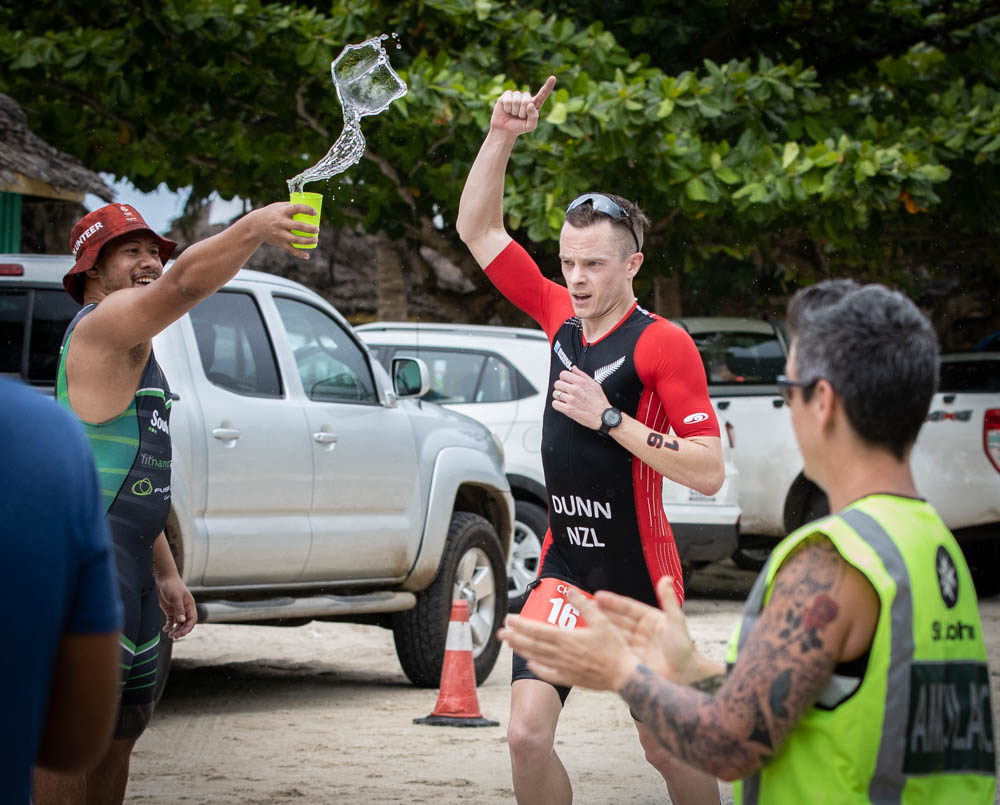 Beat the Heat winner Chris Dunn is from Papakura, Auckland.

He has been swimming open water races for over a decade, and competing in triathlons for the last three.

It is his second time in Samoa after competing in the swim series last year, and this year is in Samoa for the entire event – triathlon and swim series in Upolu and Savaii this week.

“It was awesome, I couldn’t wait to come back,” he said.

“It was one of the best things I had ever done.”

He said he struggles being in cold New Zealand at this time of year, so is happy to be in Samoa where the weather and the water is warm.

Dunn swims five times a week and runs and cycles three or four times a week throughout the whole year, which he complements with yoga and pilates.

“It will be anywhere between 20 and 30 hours a week, and that is juggled in with full time work,” he said. He is a marketing contractor across several industries including sport, he said.

Next up he will compete in the 70.3km Half Ironman race in Taupo, hoping to qualify for the 70.3km World Championships in Taupo the next year.

“My goal is to be selected to represent New Zealand in New Zealand, which would be a dream.” 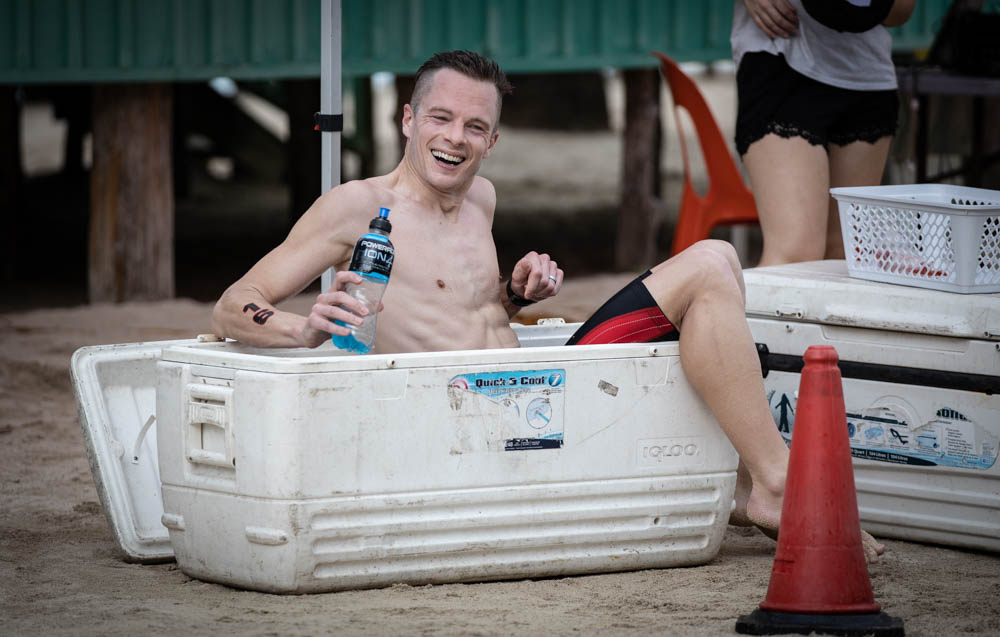 Up next, the athletes will compete in Tuesday’s 5km open water swim, before some travel to Savaii for 4km swims and a half marathon on Thursday, Friday and Saturday. 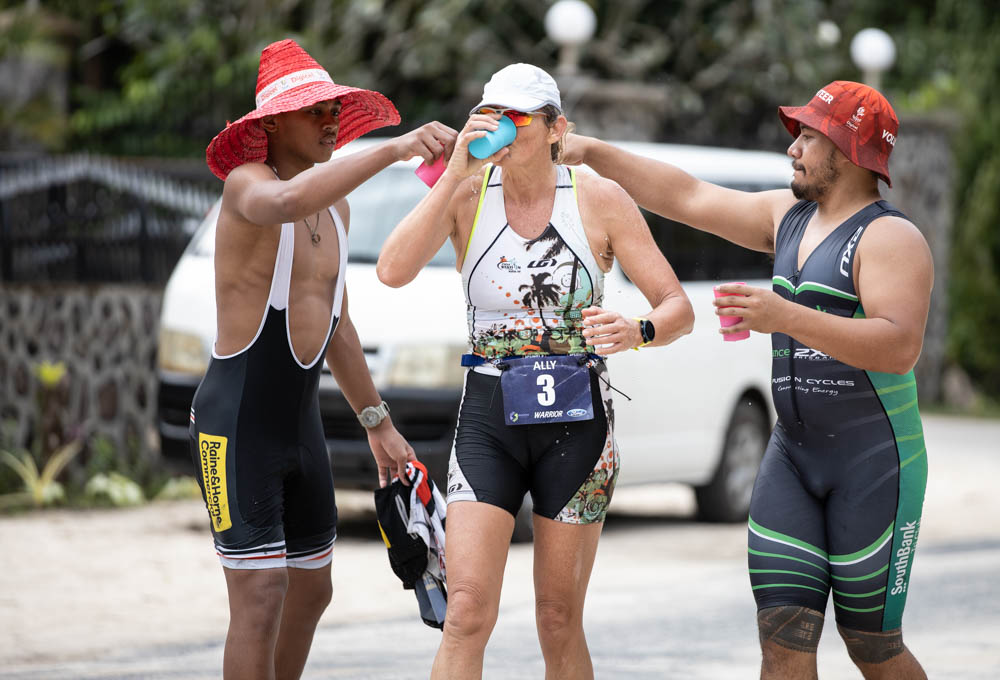