Old and new shine for Manu in win over Tonga

The Manu Samoa overcame both Ikale Tahi Tonga and the weather to win 25-17 in their Pacific Nations Cup opener on Saturday afternoon at Apia Park. 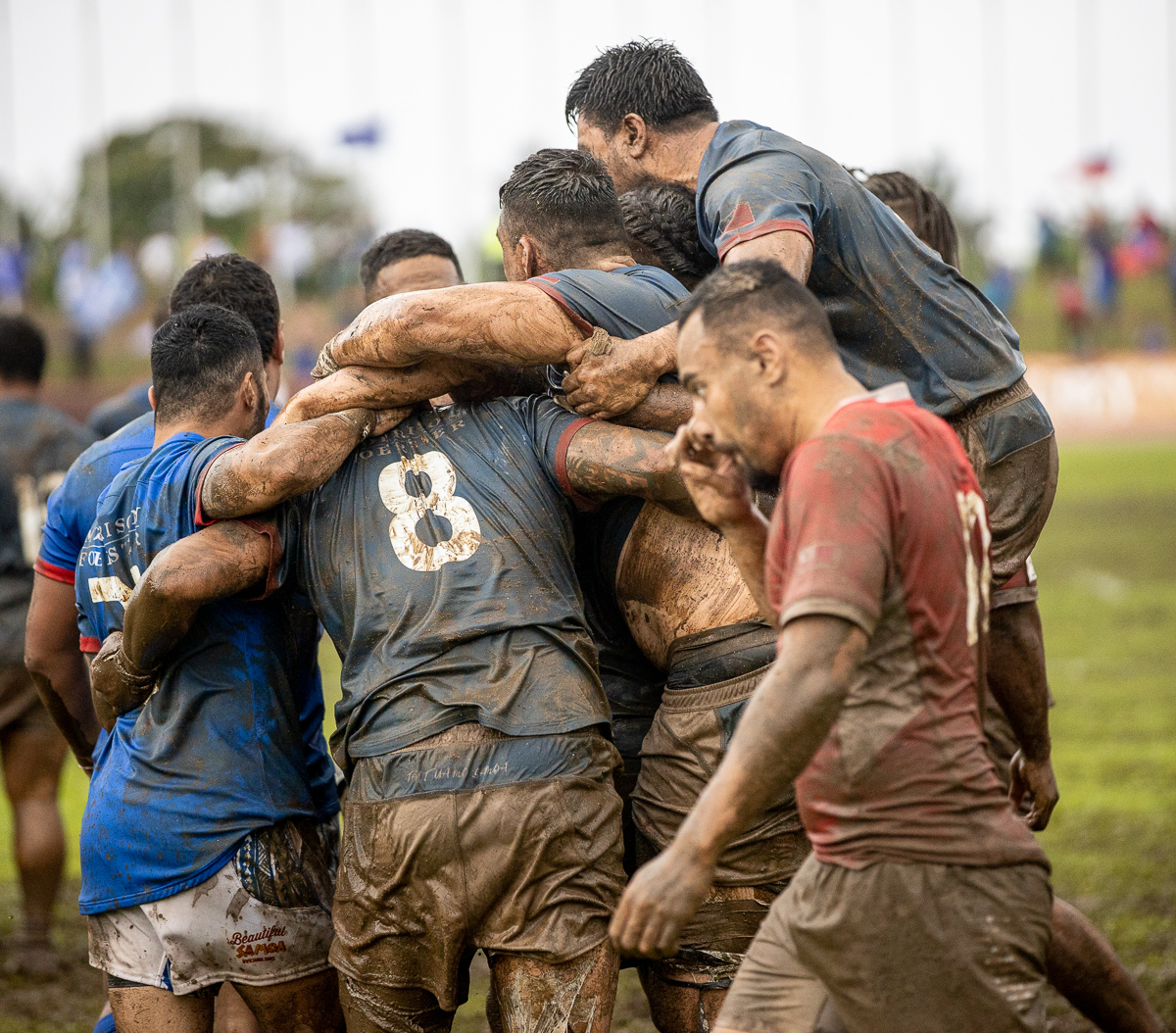 Rain and mud meant it was a day for the forwards and Samoa's shone through, with debuting number eight Afaesetiti Amosa deservedly winning man of the match honours.

He set the tone for the game immediately too, charging into the 22 from the back of a scrum on halfway after new Tongan first five James Faiva put the kickoff out on the full. 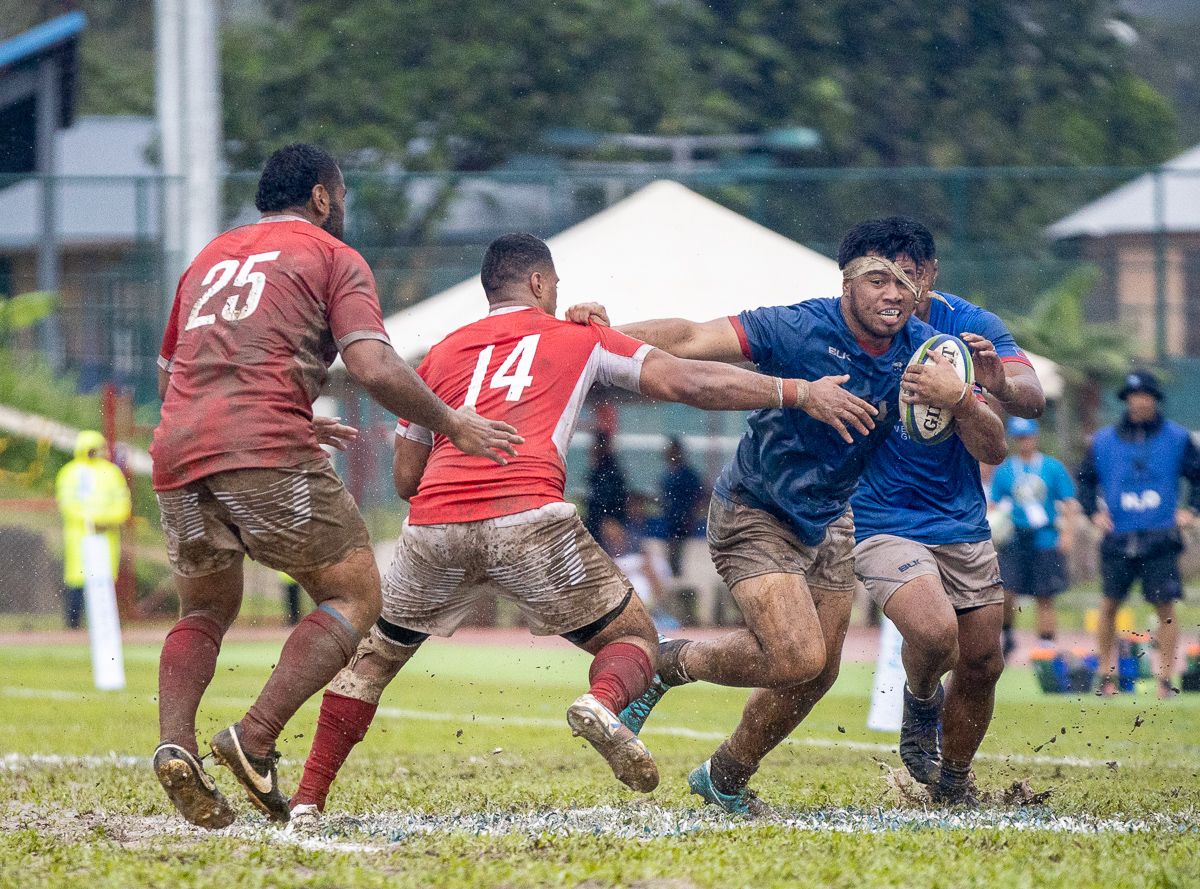 It was the visitors who opened the scoring though, in somewhat fortuitous fashion.

Manu fullback Ahsee Tuala couldn't quite get to a kick in behind, and the ball was hacked ahead when it squirted free.

Ikale Tahi second five Cooper Vuna beat Belgium Tuatagaloa to the ball in the in-goal area, and his unconverted try gave Tonga a 0-5 lead in the 11th minute.

Samoa tried to reply a few minutes later, but Amosa made perhaps his only questionable decision of the match by taking a penalty right in front of the posts quickly before the Manu turned the ball over at the breakdown.

Their set piece was on song though, with loosehead prop Logovi'i Mulipola owning every scrum and locks Teofilo Paulo and Kane Le'aupepe dominating the lineouts. 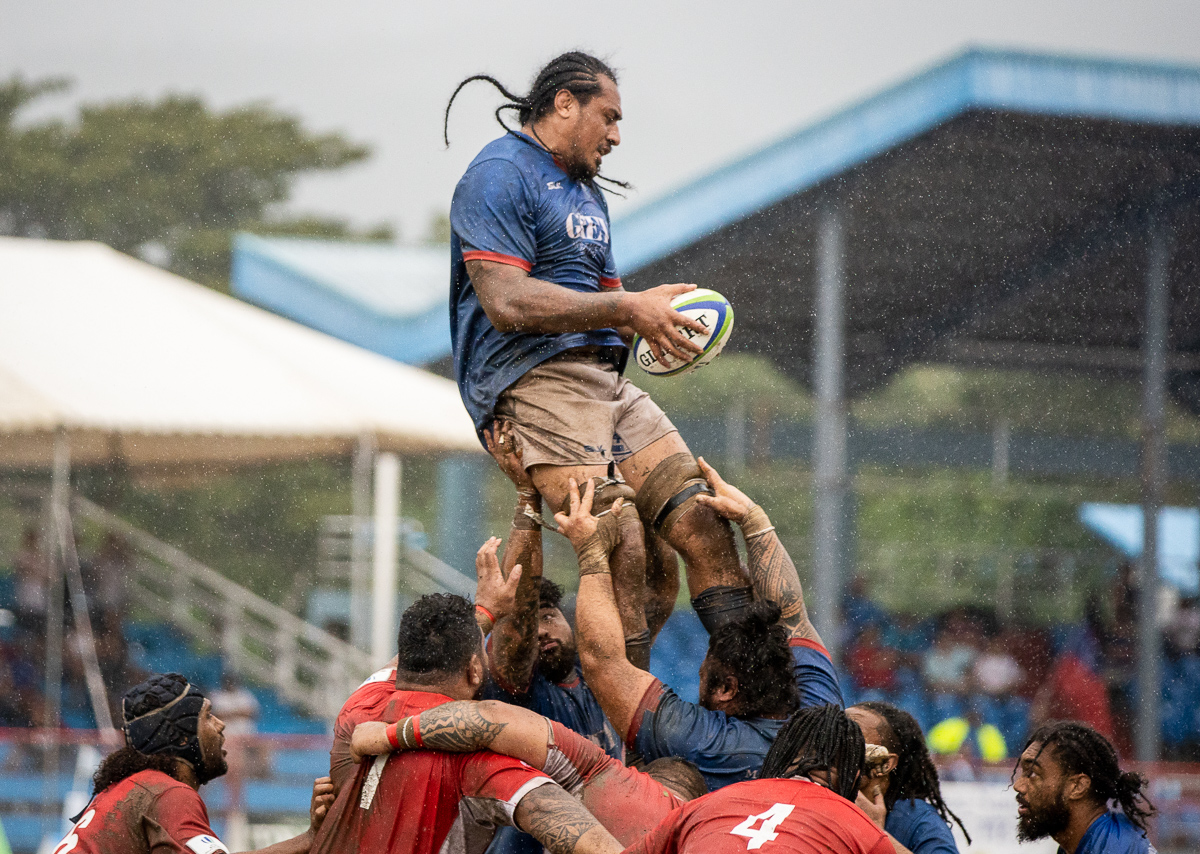 A dabbed kick through from rookie first five Ulupano Seuteni was muffed by Tongan fullback Nafi Tuitavake, leading flanker Zane Kapeli to play at the ball from an offside position and give away a penalty in front of the posts.

The Samoan number 10 converted, scoring three of his eight points in what was a very tidy performance given the conditions and his lack of international experience.

At the 32 minute mark it was debuting winger Johnny Vaili's turn to have a shot at goal, but he didn't come close with his 50+ metre effort from out wide and Tonga kept their two point lead.

The other new Manu winger Tuatagaloa went over the tryline soon after, but his score was ruled out by a knock on in buildup.

A couple of penalties let Tonga move inside the 22, and they were able to build pressure through pick-and-go in the last few minutes of the half.

That pressure told when big prop Ben Tameifuna smashed over the line with the last play of the half, his unconverted try giving Tonga a 3-10 lead at the break.

Samoa started the second period the brighter of the sides, with Amosa again coming to the fore.

He burst through the middle of the park after a lineout, then drew the last defender and fed the ball wide to Alapati Leiua for the centre to score in the corner.

Seuteni's excellent conversion from the sideline levelled the scores in the 45th minute.

Then it was flanker Tupa'i Chris Vui's turn to break the line, dummying one defender and stepping another to get through the Tongan defence. 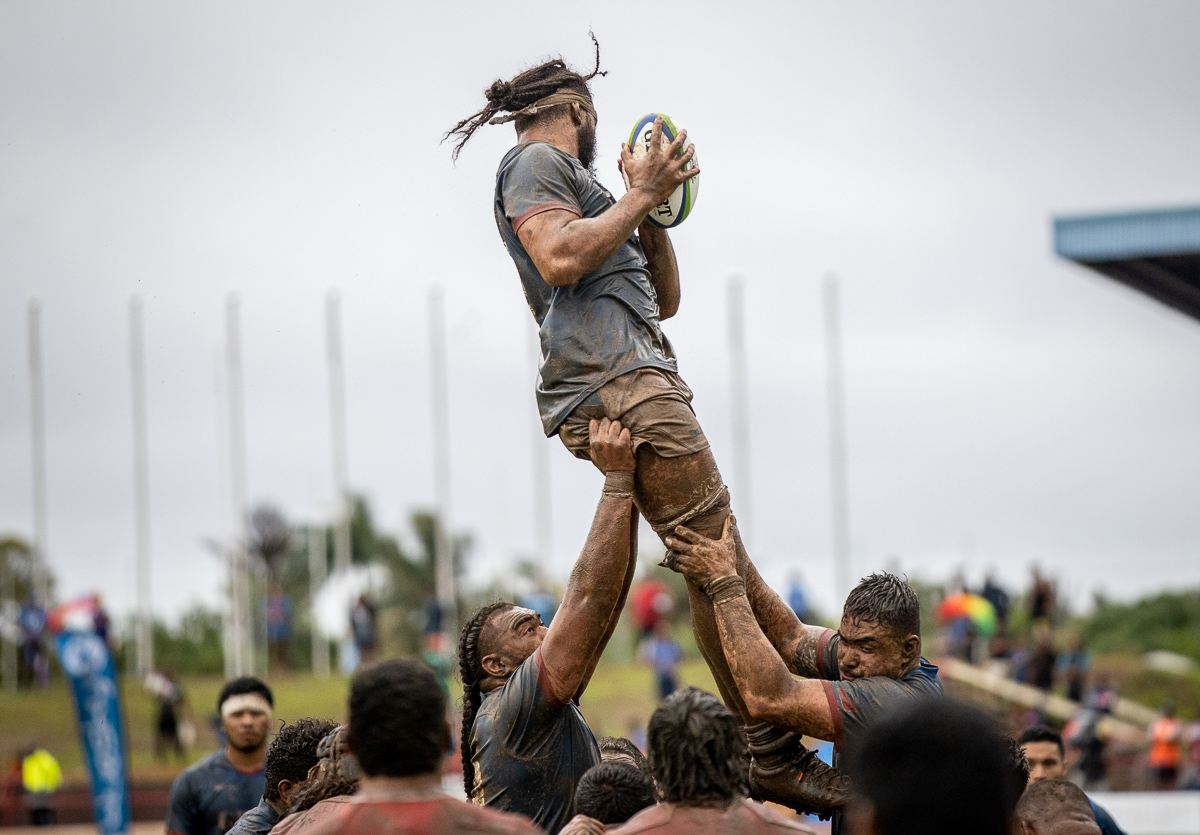 He tried to find a supporting player, but the covering Tuitavake inadvertently slapped at the pass and was penalised.

Seuteni made no mistake with the kick from 20 metres out in front of the sticks, and the Manu had their first lead; 13-10 in the 50th minute.

Tonga wrested back the momentum with some strong running from just over halfway inside the 22.

They kept it tight for a massive 16 phases and finally cracked the Manu line for replacement hooker Sefo Sakalia to score in the 59th minute, and Faiva's conversion had Ikale Tahi four points ahead.

Samoa had a rare opportunity to use their backline a few minutes later and a late hit on Leiua earned Fotu Lokotui a yellow card in the 67th minute.

The Manu built pressure through a couple of penalty advantages, and in the 70th minute Sakalia joined his teammate in the sinbin for a no-arms tackle.

Samoa put down a scrum against Tonga's six-man pack, and Amosa picked up off the base went over for a well-deserved try, which was converted by replacement pivot AJ Alatimu to give the Manu a three point lead. 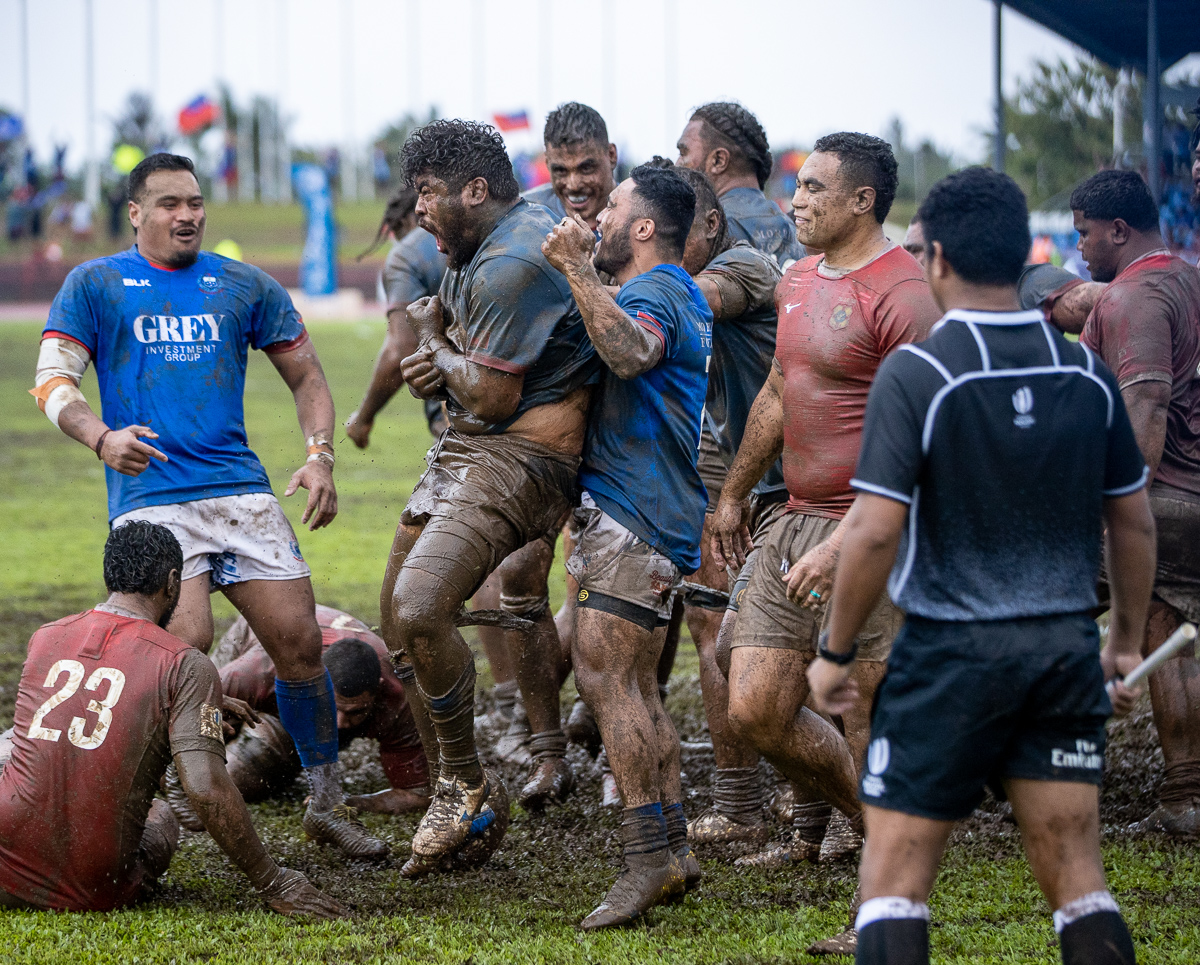 The final minutes saw debuts off the bench for flanker Alamanda Motuga and prop Alofaaga Sao, with rookie lock Vaito'asa Senio Toleafoa having already come on early in the second half.

There was time for one more try though, when Ikale Tahi replacement halfback Leon Fukofuka couldn't take the ball cleanly from the base of the scrum.

His spill was very skilfully picked up by Tupa'i Chris Vui, who offloaded to Tuatagaloa for another score with the penultimate play of the game. 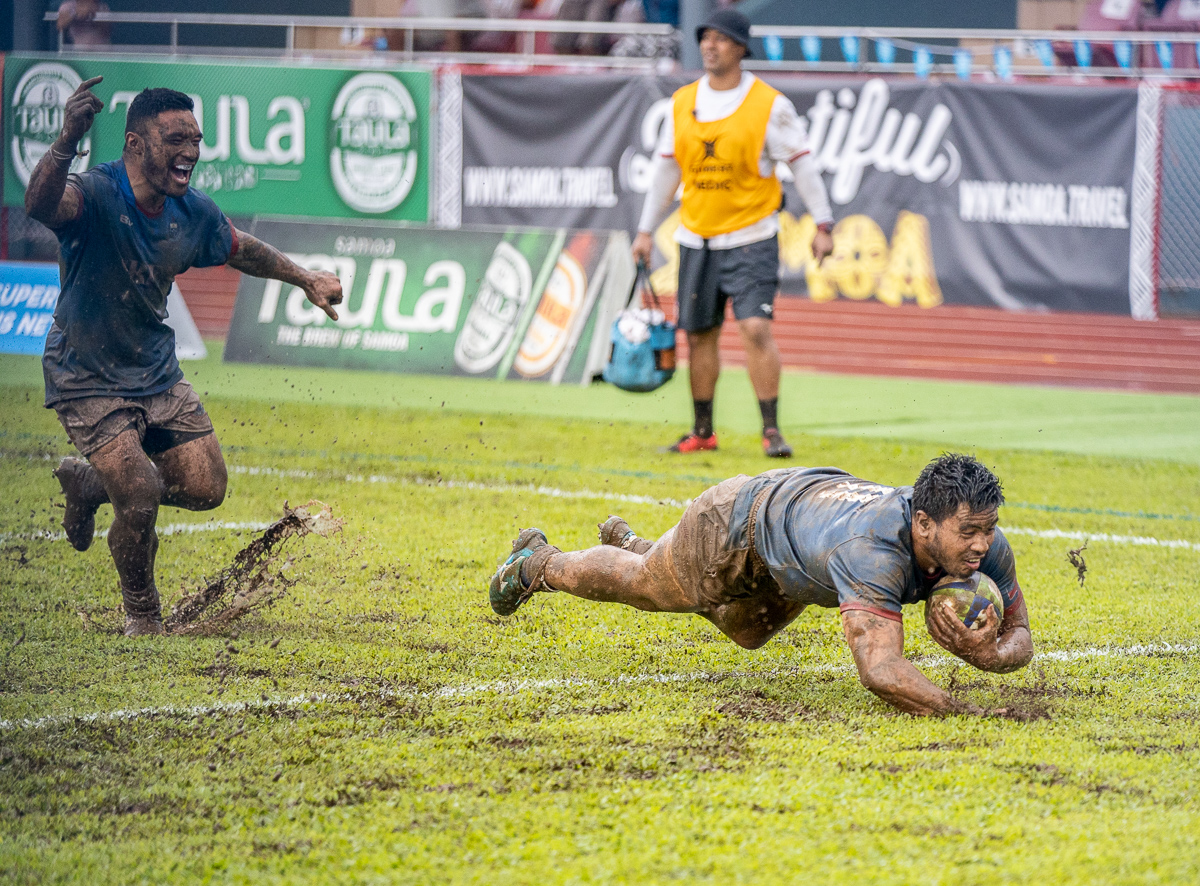 Alatimu missed the conversion, but the Manu will be rapt with their performance and can take plenty of confidence into their second Pacific Nations Cup match against U.S.A. in Fiji next Saturday.