Samoa
The volunteers participating in the parade of the closing ceremony of the XVI Pacific Games. (Photo: Vaitogi Asuisui Matafeo)

The work of thousands of Samoan volunteers made the XVI Pacific Games into the "miracle Games",  a reception at the Sports Complex Gymnasium one in Tuanaimato was told this week.

“I stand before you not only as a thankful Minister of Sports but as a humble Samoan filled with gratitude," said the Chairman for the Pacific Games Organising Committee and Minister of Education Sports and Culture, Loau Solamalemalo Sio.

“You have sacrificed your time and a lot more for Samoa and in hosting what will now be forever remembered as the “miracle Games”; a miracle made possible because of your role and contribution as volunteers.”

Loau said the Games would never have been possible without the unpaid contribution of 3000 Samoan men, woman and children.

“Samoa hosted the biggest games ever with 24 countries, 4,000 athletes and 1,000 officials, and there was no way we could have pulled this off without [volunteer] support.

“We have people who took leave to be part of this major event and you the volunteers played a leading role in the success of the event.

"We had 18 months to prepare everything from facilities to logistics, transport, media coverage, accommodation you name it; we did it and you are part of that miracle and it’s something to be proud of.” 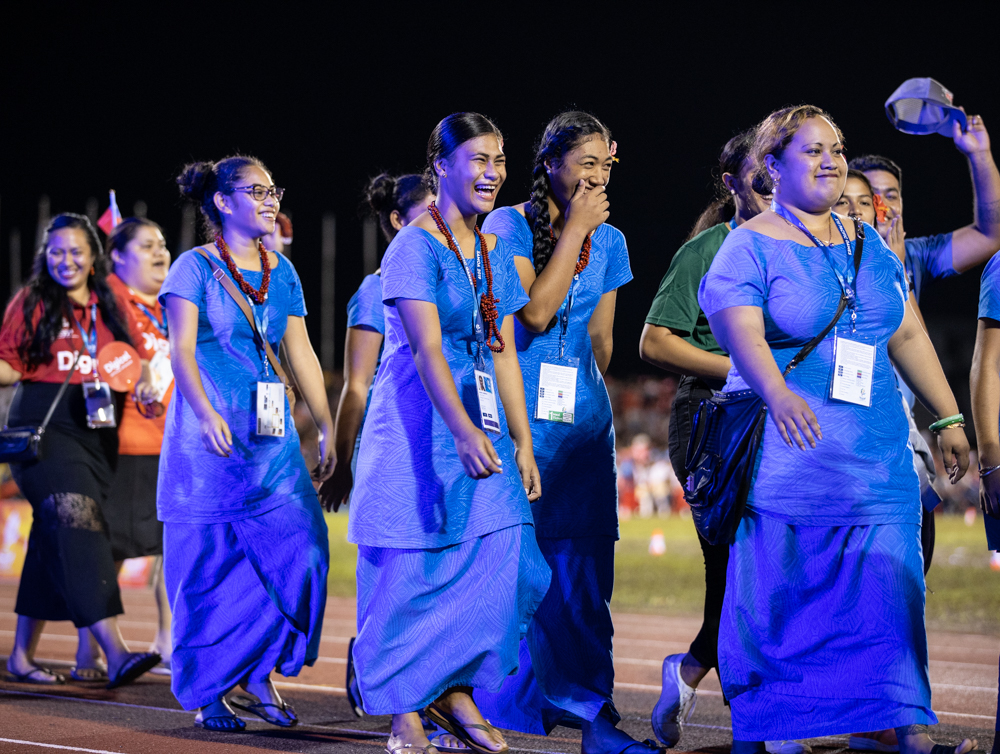 Loau also commended the support provided by the Public Service and the Samoan Government.

“The majority of volunteers are our government employees: 20 years from now you can reflect back on the work you did for your country and nothing that harvests more feeling of empowerment than being of service to your country.

“It is my understanding there were 30 people working in the Games Office and catering to the needs of 4,000 athletes, games officials and the 27 sports venues, again we did a tremendous job.

"We had volunteers in their 50s and the youngest at 12 years old."

He also acknowledged the volunteers from U.S.A., New Zealand and Australia.

“You have left behind your comfort zones to share your knowledge and experience which contributed greatly to our cause," he said.