Despite a last-minute loss of captain, mystery virus and an injury scare the Ikale Tahi maintain their game plan is unchanged for Saturday's test against Manu Samoa at Apia Park.

A pectoral injury has ruled their number eight, Nasi Manu, out of the match, denying the skipper a comeback after almost a year out of rugby battling testicular cancer.

Ikale Tahi head coach Toutai Kefu confirmed the change to team leadership in an interview on Friday afternoon, a little more than 24 hours from kickoff.

Kefu said Manu would split from the squad after the game on Saturday: “He’ll actually go home and get some clarity around what exactly he’s done, and hopefully he can rejoin later in the campaign.”

But the change at the top has not been the sole last-minute disruption to the visiting team's preparations.

Kefu said a virus has affected the team in recent days and had left about nine players missing training on Thursday:

“They’re all back on their feet today.

“Some of them are still just getting over it, so I think by kickoff time everyone will be 100%.”

But the team was quick to clarify the fitness of new lock Sam Lousi, who did not participate in the captain’s run at Pesega Field on Friday.

Lousi had his leg heavily strapped and in a synthetic cast but Kefu said that was only precautionary: “He woke up with a bit of a sore foot so we just kept him out today to get him ready for tomorrow.” 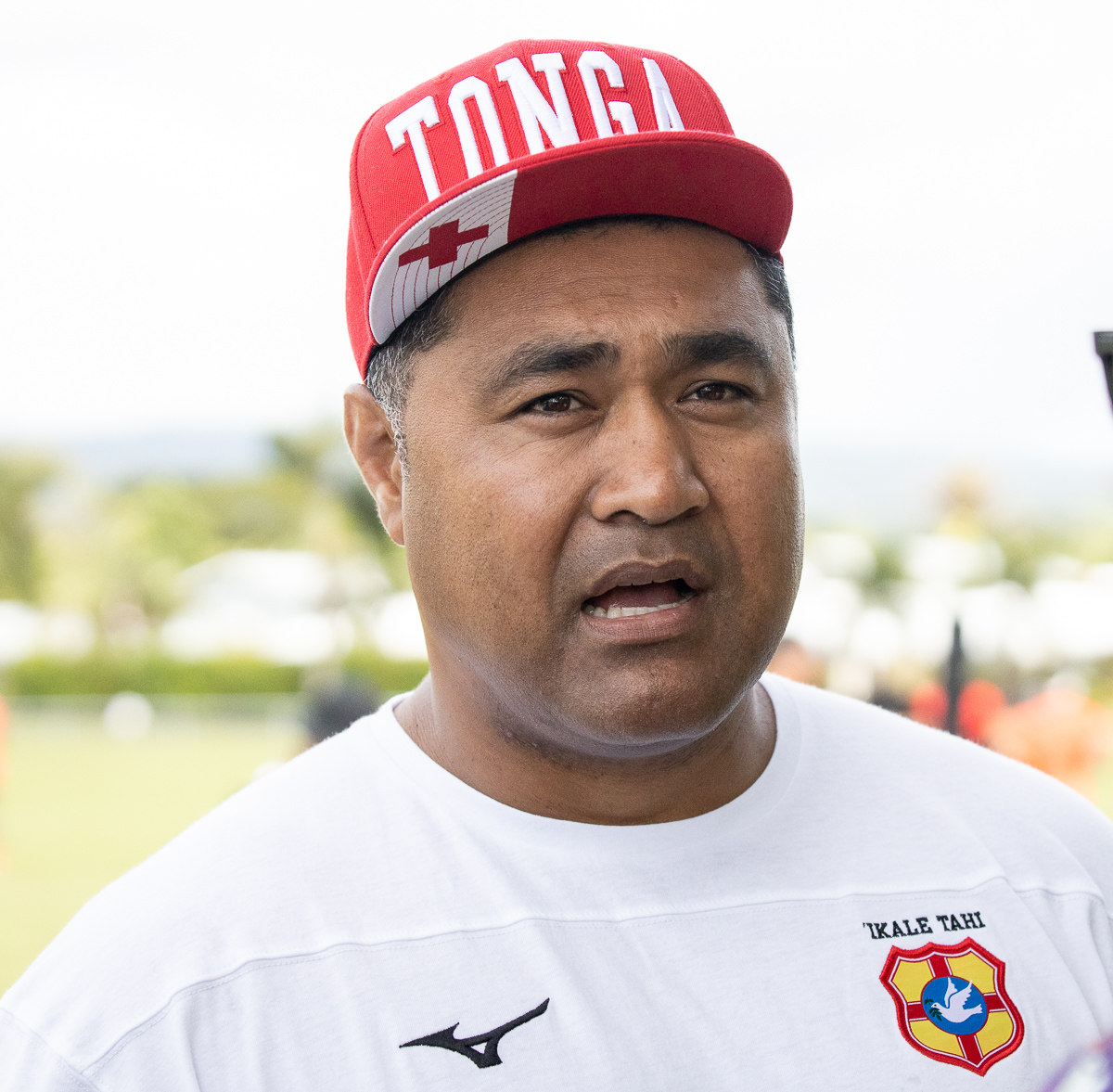 He said the team they have picked to play Samoa are not a full-strength side:

“We’ve rested some players, especially those who have had a heavy load over the northern winter.

“Testing out a few combinations, giving players time who have come back from injury.”

Despite that, Kefu still wants to play Tonga’s classic, direct style of rugby.

“I think it’s in Tongans’ DNA, that’s the way we play, everyone has that," he said.

Because of the unseasonal rain and Pacific Games events over the last few weeks Apia Park was not used for the captain’s run to preserve the pitch for Saturday.

Kefu said whatever the conditions, his team and Samoa are in the same situation:

“We’ve got a gameplan that can cater for those type of conditions.

“From what I’ve heard the forecast tomorrow is rain again, so that suits us.”

Kickoff is set for Saturday at 3pm at Apia Park.