Sailing the Gaualofa to leadership

Applications are open to sail Samoa’s large traditional vessel as part of Talita o le Lumanai – Protector of the Future, a project of the Samoan Voyaging Society and the Gaualofa Trust.

Project Team Leader Tujumosairo Faataga (Samoa Voyaging Society) Treasurer Nathan Chong-Nee (Gaualofa Trust) and Secretary Michael Dyer hope to facilitate training for the young leaders who are passionate about the environment, their community and their culture.

Sailing a va’a against the tides and the stars is foreign to many young people, and for many successful applicants it will be their first time doing so.

Mr. Chong Nee hopes that being on the sea and among the rubbish that is in it will trigger a connection to their voyaging heritage and their responsibility for their ocean.

“If you have a fire in your belly, if you can see the potential for things to be better, that is the perfect platform to becoming a strong young leader,” he said.

Mr. Dyer believes Samoa’s youth, and its culture are the keys to solving environmental issues.

“In a sense, the plight for conservation and culture will always be interlinked, no matter the cultural context,” he said. 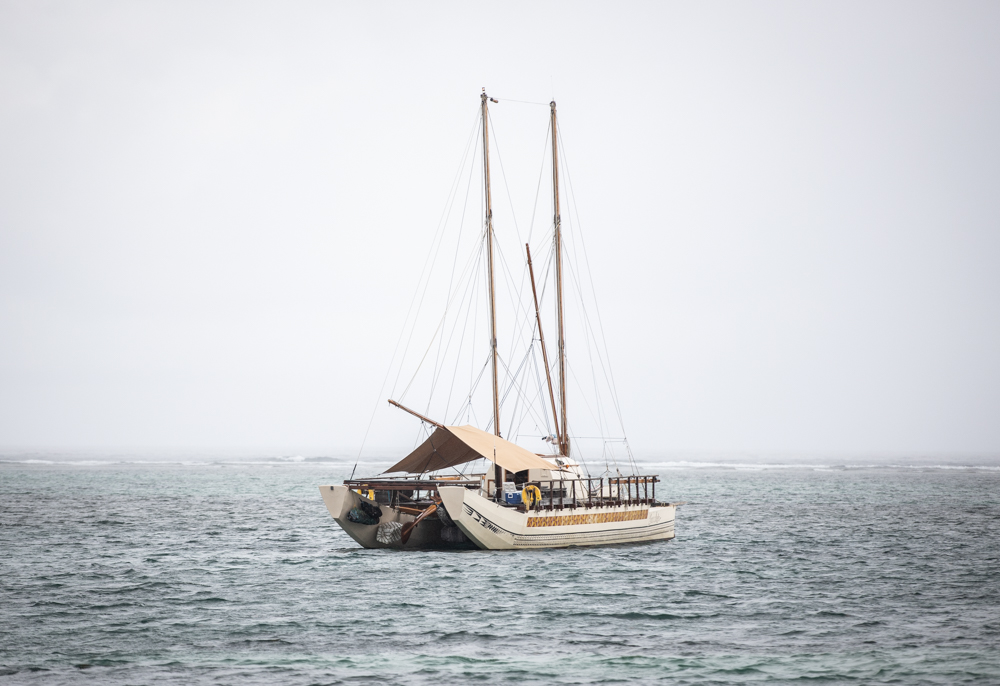 The program is six weekly sessions with guest speakers on the Gaualofa talking leadership, environmental stewardship and indigenous knowledge, and two sailing training sessions before a week long voyage to American Samoa.

Mr. Chong Nee and Mr. Dyer are Young Pacific Leaders participants, a U.S State Department program for the region.  They attended a conference in Fiji in March, which led them to designing their program and applying for funding.

The team hope to work with both experienced and inexperienced community leaders.

“I see leaders as people serving the community,” Mr. Dyer said, “but how people are involved in their community is not defined by us.”

He is careful not to “prescribe a western point of a view onto a leader,” he added, saying: “people serving their community through sport, church and social groups are forms of great leadership.”

Mr. Chong-Nee said he hopes after the program, people will better know what Samoa needs and how to take responsibility for it, especially when it comes to culture and the environment.

“For someone that was raised here, pretty much your parents told you what to do,” Ms. Faataga.

“We see the world as how our parents see it; that is the Samoan mentality we want to get rid of.

“Maybe after this the kids who are participating will have the confidence and drive to do things for themselves and for everyone as a whole,” she said. 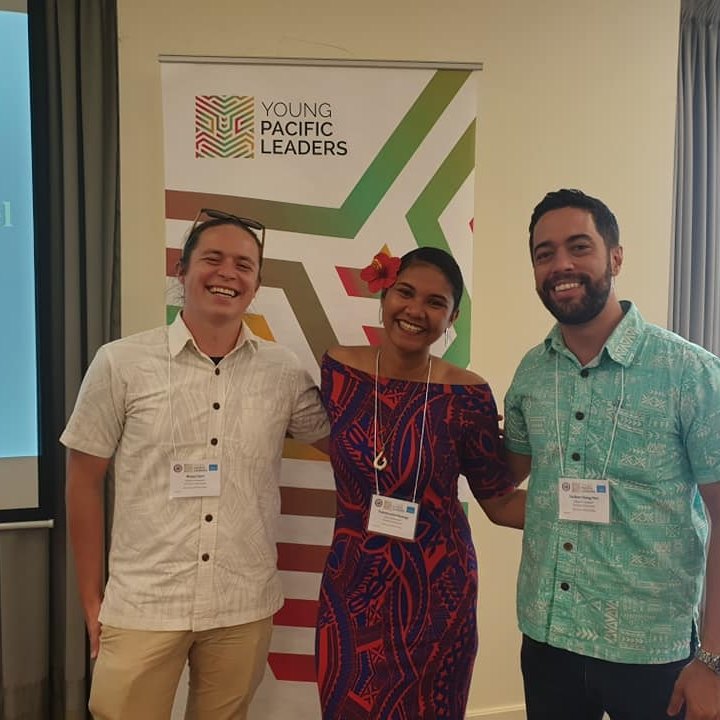 In just the first few days, Talita o le Lumanai already had 30 applicants, from a wide range of places and spaces.

The training builds towards the group of ten participants, and six experienced sailors including the leadership team, taking the Va’a Gaualofa from Poutasi district to American Samoa, a trip which takes three days in each direction.

They will stop for a day of workshopping in Pago Pago and then make the three day journey back – all weather dependent of course: “climate change is something unpredictable right now,” Ms Faataga said.

For a group of novice sailors, the trip will be a challenge, and exactly what they need to prepare to take on Samoa’s trials and tribulations. They will be either sailing, cooking, cleaning or on watch at all times, and the team expects it will be very trying.

“One of our elders says whatever you have against someone, clear it off on land before you get on board,” she said.

“When you come up against challenges you learn to cope with them so we hope with these young people it will build capacity to cope with conflict, with adversity,” Mr. Chong-Nee said.

Applications are open to Samoans aged 17-28 and close on August 3rdnd.

Talita o le Lumanai is funded with a US$10,000 (T$26,000) grant by the Young Pacific Leaders Small Grants Program (Cultural Vistas) of the United States Department of State.