The ocean is dying and evidence-based scientific solutions are needed to save it to ensure the future generation has a chance of sustainable living.

This was the appeal of the Deputy Director General for Pacific Community (SPC), Cameron Diver, during a SPC-facilitated workshop on the United Nations Decade of Ocean Science for Sustainable Development 2021-2030.

The workshop was convened at the SPC headquarters in Noumea, New Caledonia on Monday with government representatives from around the region in attendance.

Mr Diver said the ocean that the Pacific people have been custodians of for thousands of years is now at risk, and evidence-based scientific solutions should be sought to prevent further destruction.

The workshop in Noumea will discuss the science and what needs to be done to address the challenges.

“The science we need now for the ocean we both want and need is critical and urgent.  If we save our oceans, we save our people, traditions, cultures and future. We must build our capacity to conduct and apply ocean science and accelerate the transfer of marine technology into our region,” he said.

“Without a knowledge-first approach, our development will not be sustainable, and we will not be able to reverse the decline in ocean health.”

Mr. Diver said now is the opportunity to shape the decade that Pacific Island communities want and to ensure that the needs of the region are articulated and incorporated into the governments’ planning phase.

“This capacity building and the transfer of marine technology is not going to happen without you. It needs to be designed and it needs to be based on the needs of our region and long-term and sustained resourcing and funding are crucial.

“The Pacific are custodians of 28 million square miles – comparable to the entire continent of Africa which accounts for more than 20 percent of the world’s exclusive economic rights but these rights come with great responsibilities,” he stated. 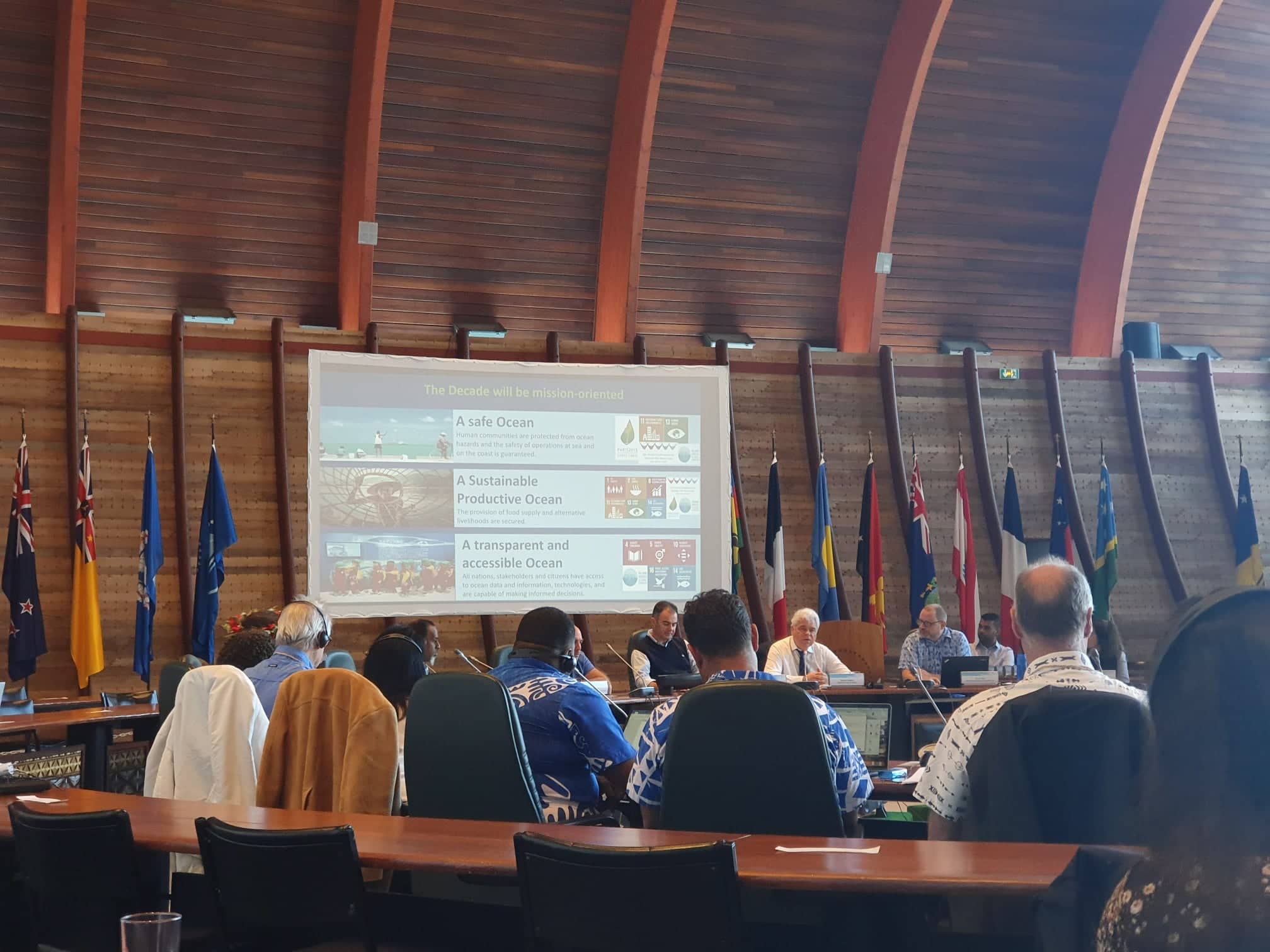 But the Pacific has one of the world’s lowest capacities in ocean science however this is not to be confused with knowledge,” he added.

The findings of the first World Ocean Assessment showed that the ocean’s carrying capacity is near or at its limit, Mr Diver added, and this calls for urgent action on a global scale to protect the world’s oceans from external pressures.

“We know that major features of the ocean are changing sufficiently as a result of climate change, and the flow on impact this has on our atmosphere is clear. For example, climate change is causing global sea-levels have risen by 3.2 (three-point-two) millimeters per year.”

There are islands in the region that are experiencing rates of sea-level rising four times greater than the global average, he said, which has triggered an increase in carbon dioxide concentration in the atmosphere and ultimately increased uptake by the ocean.

“There is no doubt the ocean is absorbing more and more of the rising concentrations of carbon dioxide with research showing about 26 per cent of the increasing emissions of carbon dioxide is absorbed by the ocean. The resulting acidification of the ocean is occurring at different rates around the seas, but ultimately this impacts marine species greatly. These impacts affect our people across the Pacific region,” he added.

“The Pacific region are best placed to both understand the greatest challenges caused by the existential threat of climate change whilst driving resilient, effective and robust solutions to overcome the risks posed to our ocean.” 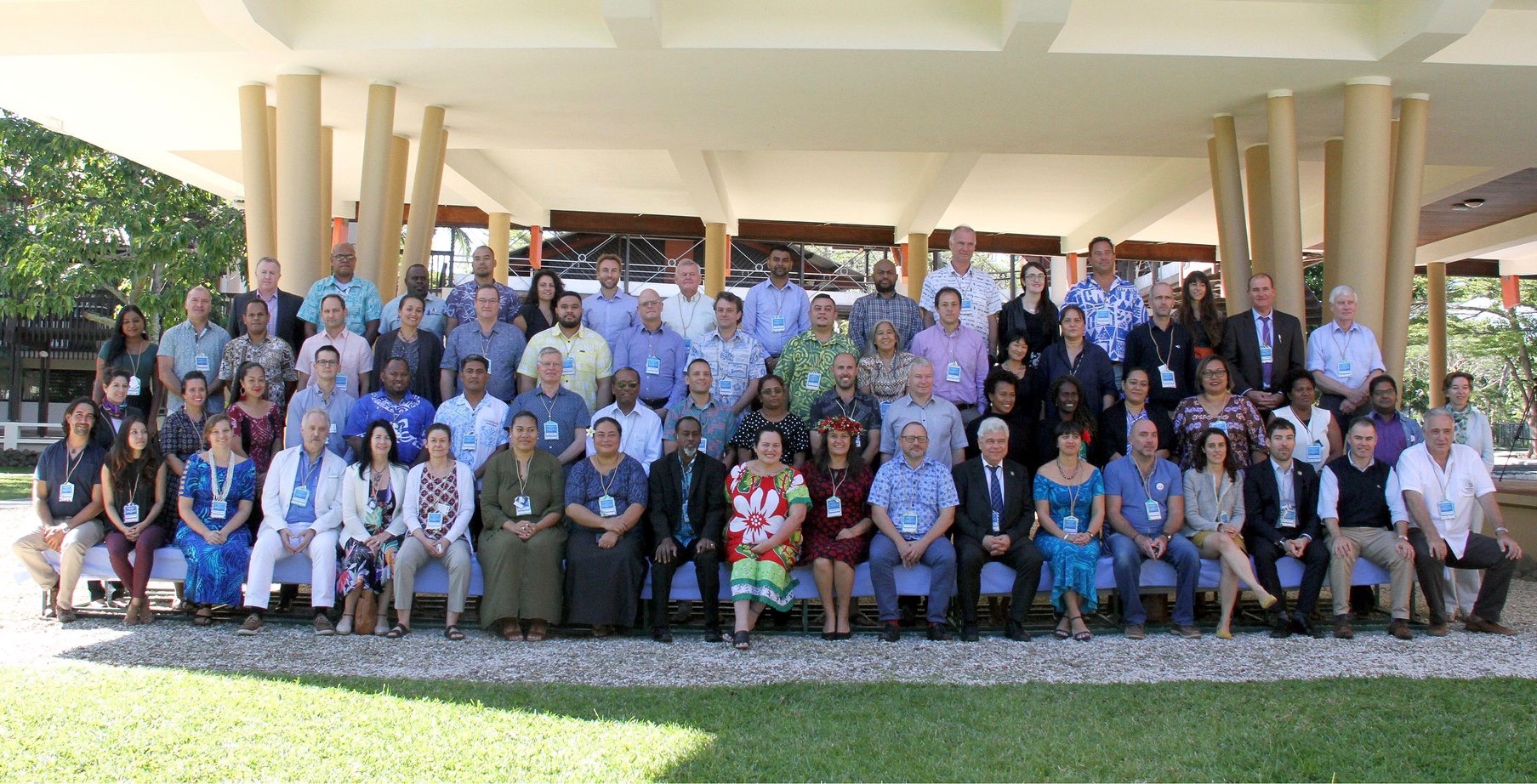 Turning to the participants present in the workshop, he said their presence gave them the opportunity to engage in multidisciplinary dialogue, to determine ocean research priorities to meet national development objectives.

“Ocean science is at the core of our business at SPC, as integral to our agency as the ocean is to this region and was recently reflected through the expansion of the Pacific Community Centre for Ocean Science (PCCOS) to support better access to relevant information.”

PCOSS is a platform for partnership, knowledge exchange and action, and a key initiative to strengthen the contribution of ocean science to sustainable development in the Pacific region.