The Director of American Samoa’s Homeland Security , Samana Ve’ave’a Samana, has thanked the authorities in Samoa for catching a Vietnamese woman who was caught with an estimated $400,000 tala worth of drugs at the Faleolo International Airport on Sunday night.

The woman arrived from Fiji with her final destination being American Samoa.

Speaking to the Samoa Observer, Samana said the drug problem in American Samoa is “almost out of control” and to hear news that Samoan authorities have intercepted illegal drugs heading to the U.S. territory is commendable.

“Obviously I want to thank Commissioner Egon  and his team," he said.

"We’re doing everything we can from our end.” 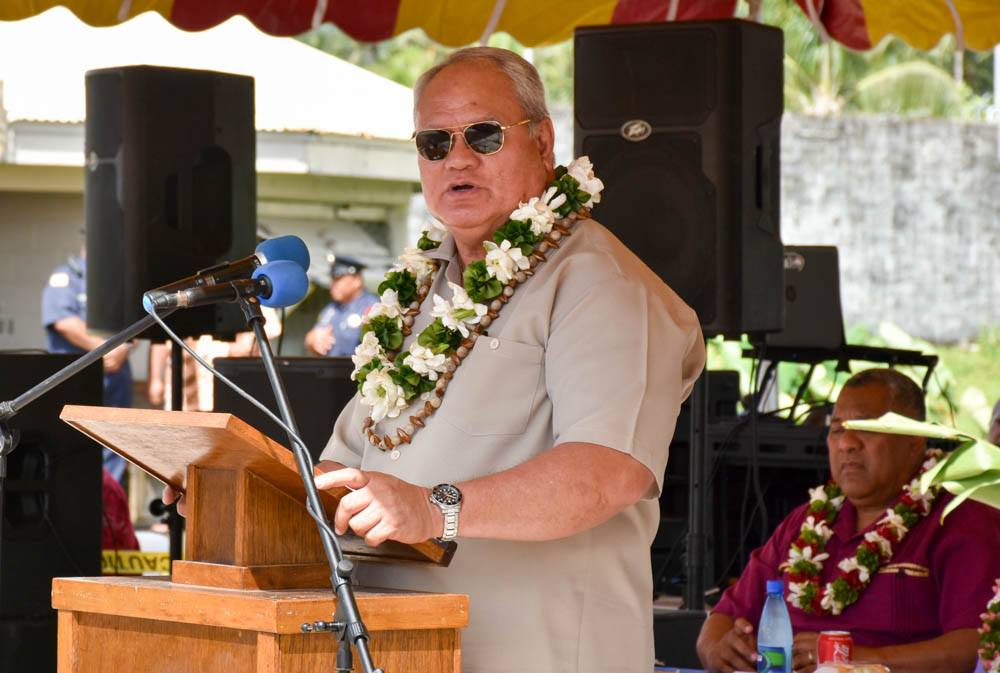 The Vietnamese national has been identified as An Tran Thai, whose passport was surrendered to the Police upon the drugs being discovered.

She was heading to American Samoa with two unidentified men.

Thai has been charged with possession of narcotics and is scheduled to appear in the Supreme Court next week Monday for criminal mention.

According to the Police, the woman travelled from Fiji and was scheduled to depart for American Samoa.

But Customs officers were alerted that there were drugs in her possession.

The found heroin and cocaine.

"Customs Officers referred the matter to Police upon suspicion that she was in possession of illicit drugs in the form of pills or tablets.

“An initial drug test was conducted and the results came out positive for heroin and cocaine. The K9 detector dog was also used to re-confirm the illicit drugs,” the Police statement read.

The Homeland Security Director told the Samoa Observer they have been working closely with Samoa’s Transnational Crime Unit on this matter since Sunday.

“We have received information, this woman owns a convenient store with her husband in the territory and our agents have been dispatched to the stores operated by the Vietnamese in the territory.

"She was accompanied by two other men who have entered American Samoa and we’re tracking them down.

“We’re conducting background checks on whether these Vietnamese entered the territory using entry permits and we will go after the sponsors.

“It’s still under investigation at our end,” he said.

According to Samana, working with the Ministry of Police and the T.C.U. has been productive for the American Samoa Government, mainly on the issue of drugs.

“I cannot say enough how thankful we are for the efforts by the Samoa Government; whatever we missed at our end, was somewhat picked up from Samoa.

“And working together with the T.C.U. has been beneficial for the two Samoa’s,” he said.

Samana said the drug problem in American Samoa is appalling.

“We’re at the stage of reaching out to the Federal Bureau of Investigation to assist with the drug problem in the territory.”

The Samoa Observer contacted the Chief Immigration Officer, Agafili Shem Leo, to clarify whether the Vietnamese woman met all requirements under the Samoa Immigration Act to enter Samoa but he was unsure.

“I’ll have to get back to you, however there are requirements in place that everyone transiting must meet in order to enter our country,” he said.