The man charged for allegedly making a false statement against Prime Minister, Tuilaepa Dr. Sa'ilele Malielegaoi, has changed his plea.

King Faipopo, whose real name is Malele Atofu Paulo, has entered a guilty plea to one Criminal Libel charge against him under section 117A of the Crimes Act 2013.

Malele’s change of plea before the District Court on Tuesday follows prosecution’s application to withdraw 14 Criminal Libel charges and one of harassment. The change of plea was entered by lawyer, Josefina Fuimaono Sapolu, acting on behalf of Unasa Iuni Sapolu.

Lead prosecutor and Attorney General, Lemalu Hermann Retzlaff, said the prosecution will be proceeding with one charge in relation to a social media post made by Malele on 17 May 2019.

All the other charges that are related to a post that the defendant made in Australia have been withdrawn.

Lemalu said the withdrawal of the charges is because the remaining charge captures the essence of all the allegations.

Furthermore, he proposed a restorative justice meeting to allow the complainant and defendant to meet and resolve the matter.

“I can indicate from the bar there have been previous discussions from the complainant personally to meet with this defendant,” he said.

“In terms of public interest, this is to try and resolve this matter in a manner to allow this sort of occurrence not to come back, if at all possible pending your Honour’s final decision on sentencing.” 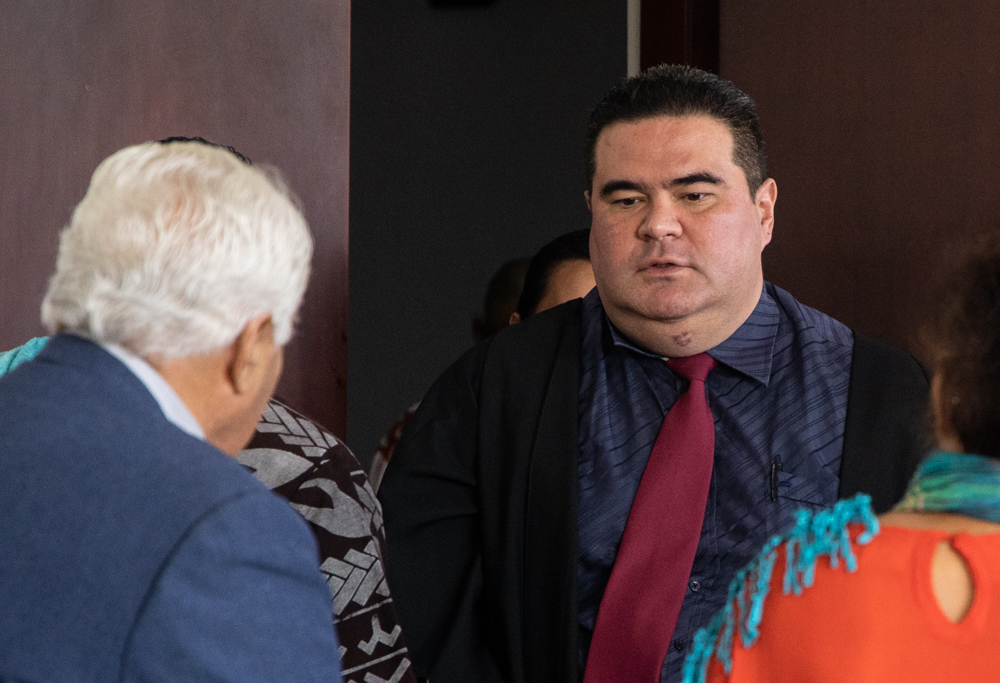 He added the restorative justice meeting will allow the two parties to speak.

A restorative justice is an approach to justice in which the response to a crime is to organise a meeting between the complainant and the defendant.

The Court heard that the approach was an agreement between the parties involved.

District Court Judge Alalatoa Rosella Viane Papali’i granted the application for a restorative justice meeting as a form of resolution and deterrence to curb any further recurrence of such incidents.

She ordered counsel to meet her on Thursday to discuss a date to have the restorative justice to allow Prime Minister Tuilaepa and Malele to meet.

Judge Alalatoa adjourned the matter to August 8 to sentence Malele on the charge he has pleaded guilty to.

Malele initially faced 13 charges, in relation to a social media post he made targeting Tuilaepa, while he was in Australia.

Upon his return to Samoa earlier this year for his mother’s funeral, Malele was charged and arrested.

Whilst in Samoa awaiting his trial, Malele made another post also directed at the Prime Minister and was subsequently charged with two additional charges.