A final-year dentistry student from New Zealand, is returning home with new insights into dental healthcare in sports, and a better understanding of Samoan culture, after spending more than a month in Savai'i as a volunteer for the XVI Pacific Games.

Te Waikapoata Tamati, who studies at the University of Otago, had been in Samoa for five weeks as a Games volunteer and last week assisted Dr. Emosi Ah Ching in providing dental health for athletes in Savai'i.

Ms. Tamati said she was grateful for the chance to play a role in one of the less recognised but essential parts of staging a safe and successful Games.

It was also an opportunity to appreciate life in Savai'i.

“I feel very privileged to be given the opportunity to help out especially in dental health as it is something I love to do," she said. “We were fortunate to be asked to come to Savai'i and be part of the Games. It’s really an awesome opportunity."

“It’s one of the things that is kind of neglected," she said. “I think boxing was probably the only event where dentist was involved it was good to see that they’re putting dental as a priority.

“Having us on board and Dr. Emosi providing mouthguards  helped avoid a lot of issues with teeth being knocked out: it takes the impact off of your jaws.

“So it’s a vital part of sport to have dentist and to be part of this year’s game is just amazing." 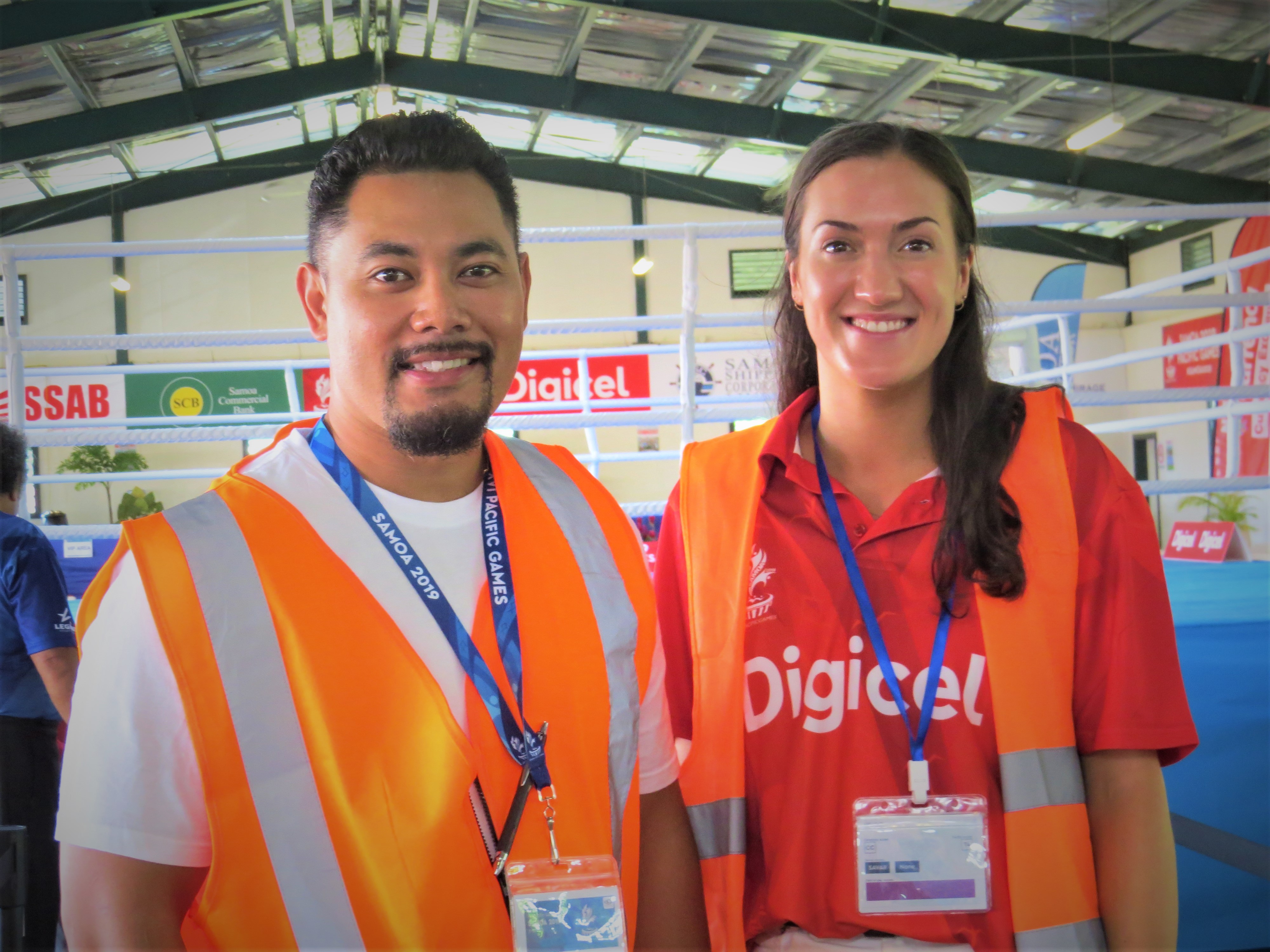 The Games was also her first time in Savai'i, and said she came to appreciate its more relaxed paced of life compared to Upolu.

“It’s definitely a lot more slow-paced, but we were warned of [that]," she said. “The people are so welcoming and really are very caring. You walk around and you see people smiling and wave and you some will even blow kisses which is nice to see.”

And Ms. Tamati said she has learned a lot about issues with dental and oral health  in Samoa.

When she returns to New Zealand, she will always be grateful to have been involved in this year’s Pacific Games.

“I have done five years of dentistry and I did an Oral Health degree, which was for 3 years, before I started on dentistry.

“So I’ve been studying for eight years now and got a good understanding of oral health and dentistry and to finish my studies working in Samoa is just absolutely a treat and amazing.”

But despite her extensive experience, Ms Tamati said one thing she came to learn more about on the trip was Samoan culture and its relevance to local communities in New Zealand.

“I'm Maori so being in Samoa and seeing the culture here is very cool.

“It’s quite similar in terms such as families supporting each other and language so many similarities.

“But it also has differences and I would take back some of these cultural aspects and implement it back home. I love how strong and alive the culture is".

The Samoa First Union (S.F.U.) says returned seafarers need attention in the next COVID-19 economic stimulus package, as many of them settle into unemployment back on the island.