“For all of them to adapt and come together as closely and quickly as they have, it’s a huge credit to them." (Photo: Misiona Simo)
Football

New Zealand’s under-23 side won the Pacific Games men’s football tournament on Saturday afternoon, coming from a goal down to defeat New Caledonia 2-1 in the final at the JS Blatter Football Complex in Tuana’imato. 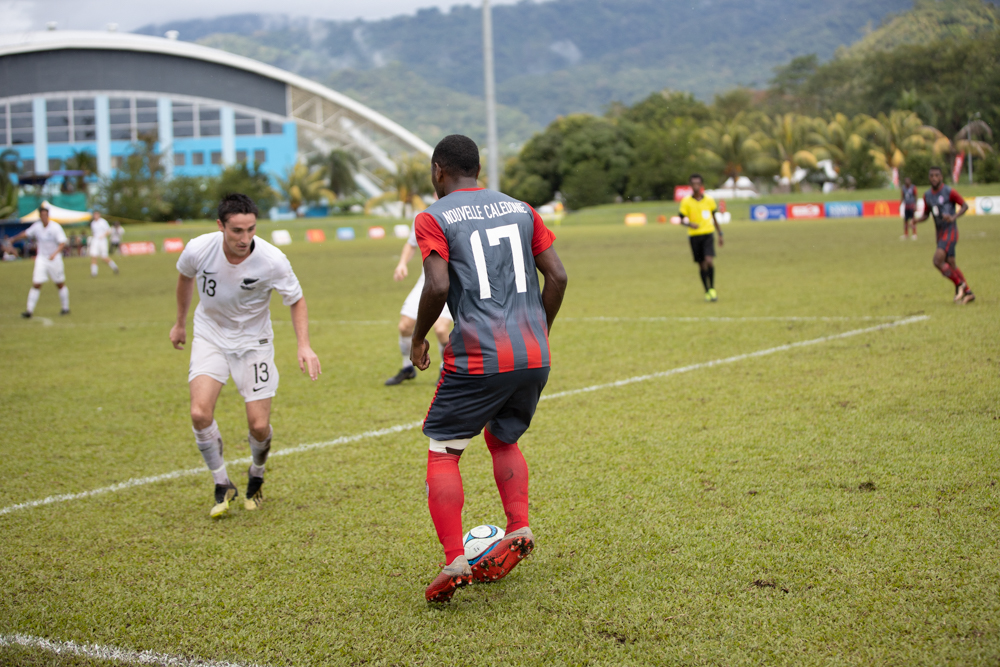 The first half was goalless, with New Caledonia having the better of the play but the Kiwis warming to the task as the game went on.

But it was New Caledonia who opened the scoring in the 55th minute, after some sharp passing around halfway freed Richard Sele up to go one-on-one with New Zealand keeper Conor Tracey.

He got plenty on the shot from Sele, but probably should have done better to keep the ball from trickling in off the post and into the net.

New Zealand committed more numbers forward to try and respond, however that left room for the New Caledonians to attack, and they looked dangerous on the counter. 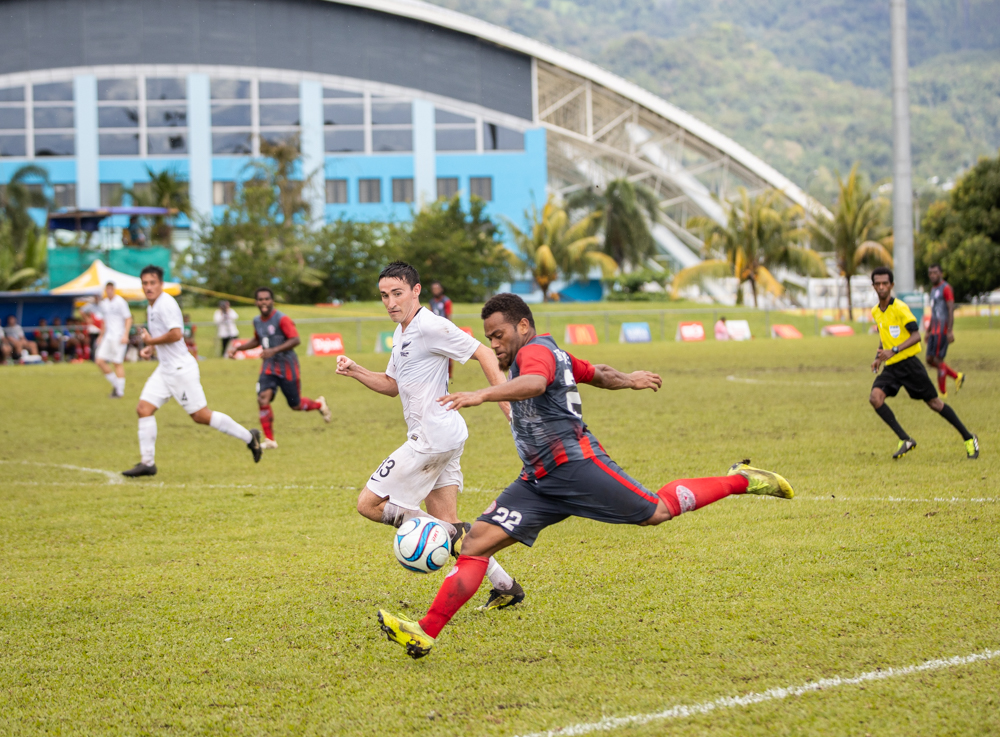 However the Oly-Whites got their equaliser in the 86th minute, with midfielder Dane Schnell's looping header from a free kick giving New Zealand a lifeline.

They got their second in the fourth of five minutes of added time, as centre back Billy Jones scored from a corner, leaving New Caledonia no time to recover.

New Caledonia coach Thierry Sardo said it was a difficult game, and his team were at a disadvantage having played one more game than New Zealand in the group stage.

“The last 10 minutes was very difficult for us because my team is tired.

“When you’re tired, the concentration is less.

“But I’m very satisfied for my players, because they played a good Pacific Games with a lot of victories." 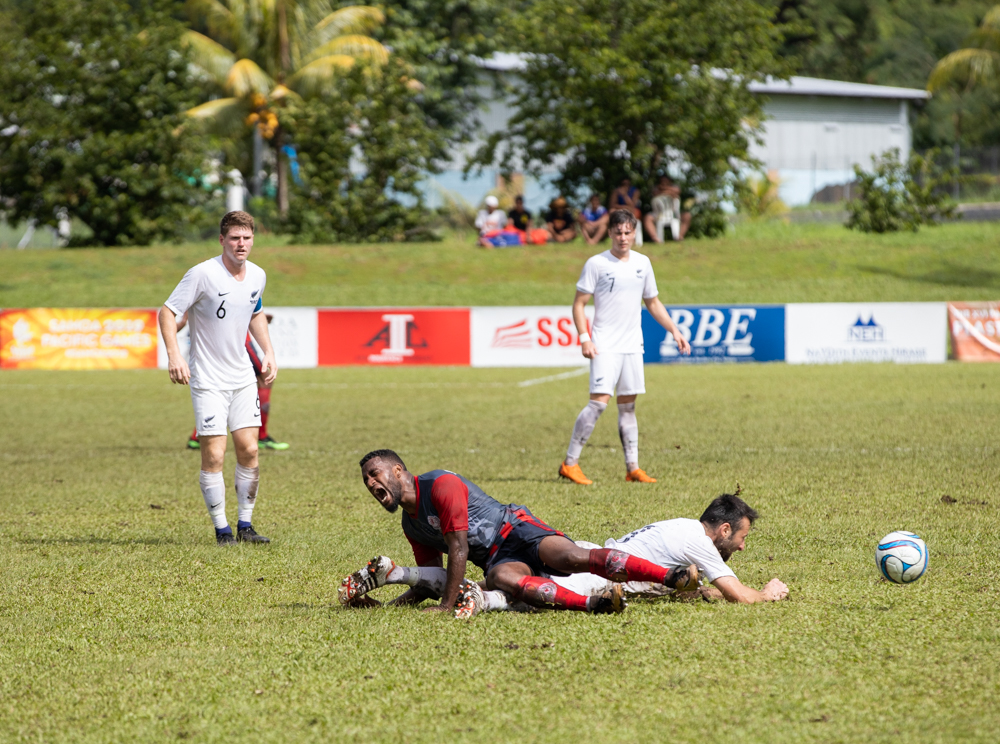 Sardo said he thought his side was the better team on the day.

“But football is football."

Of their squad of 23, 12 of the New Caledonian players came from the two local clubs that made history earlier this year by contesting the first ever all-Pacific Island Oceania Champions League Final, Hienghène Sport and Magenta.

“It’s a good season for New Caledonia, with the Champions League and the national team," Sardo said. 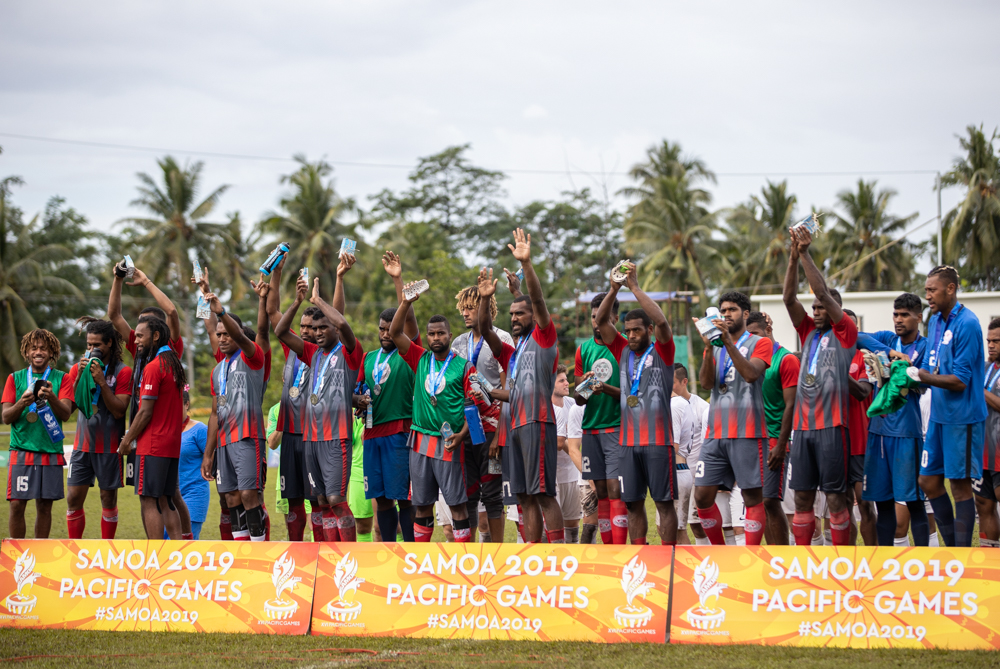 He said they'll look to keep building towards winning the Oceania Nations Cup in 2020.

“That’s the first team we’ve gone a goal down in the tournament.

“The way these guys stuck to their shape, their discipline, it was a really mature performance from them. 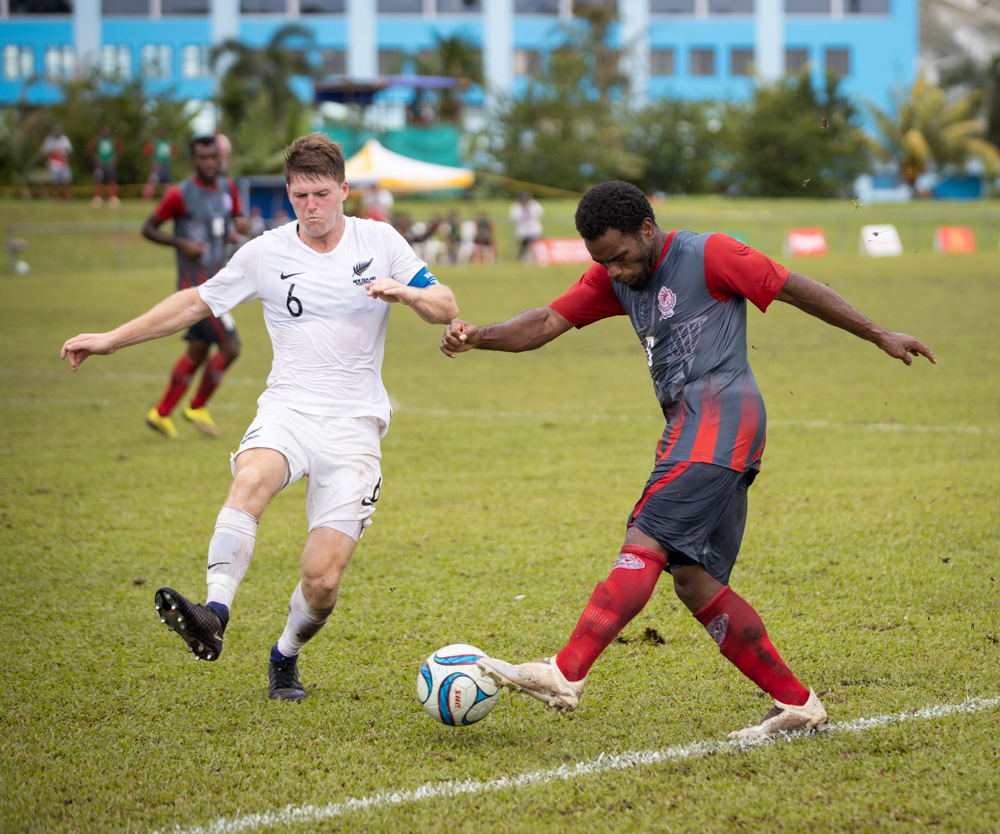 “To come back into the game and get the equaliser, but then to go on and win it, it’s just a huge achievement for this playing group."

He said they have 10 international debutants in the side, and only had three days of preparation before coming to Samoa. 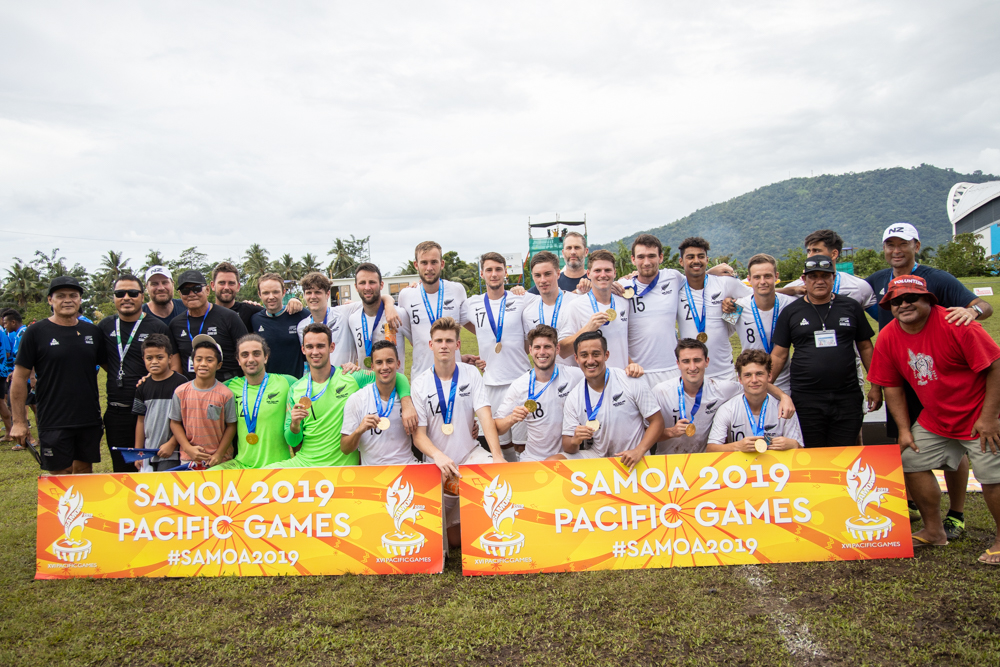 “We’ve got a group with an average of 20 years old on the pitch, we only brought 18 players rather than 23 so it’s been tough the last five games.

“But the progress they’ve shown from game to game has been unbelievable."

He said they have put their hands up for selection in New Zealand's team for the Oceania Olympic Qualifying Tournament in September and October, and the potential 2020 Tokyo Olympics side.

“What’s been great is we’ve used this as an identification opportunity for players which we haven’t necessarily seen before. 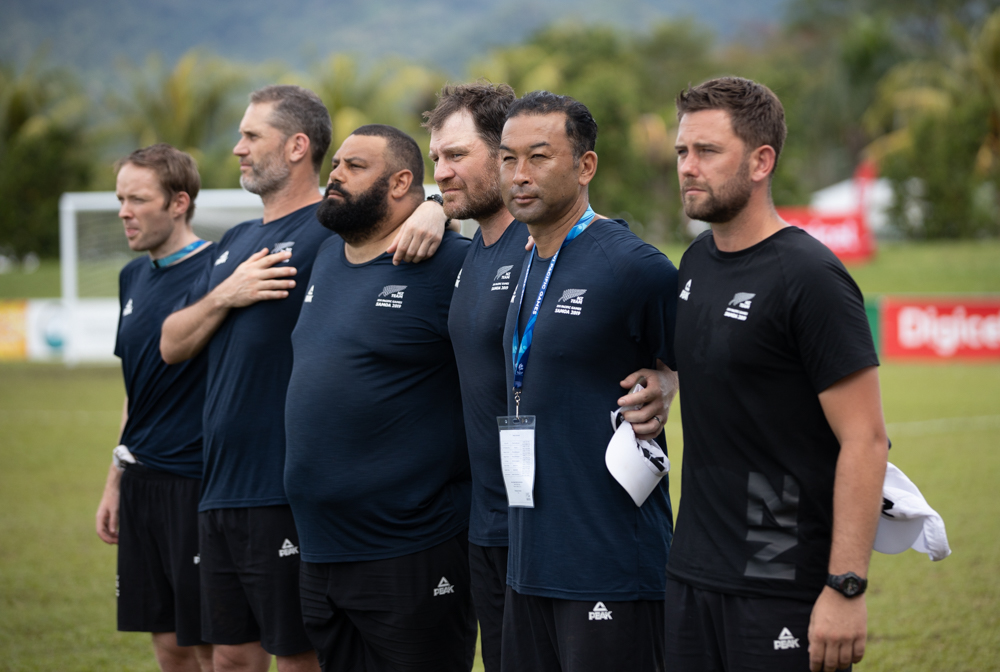 “For all of them to adapt and come together as closely and quickly as they have, it’s a huge credit to them.

“They’re good players but they’re good people, and you need both of those to be successful."

The Oly-Whites donated footballs to new Samoan football clubs Vaigaga and Saluafata after the match and medal ceremony. 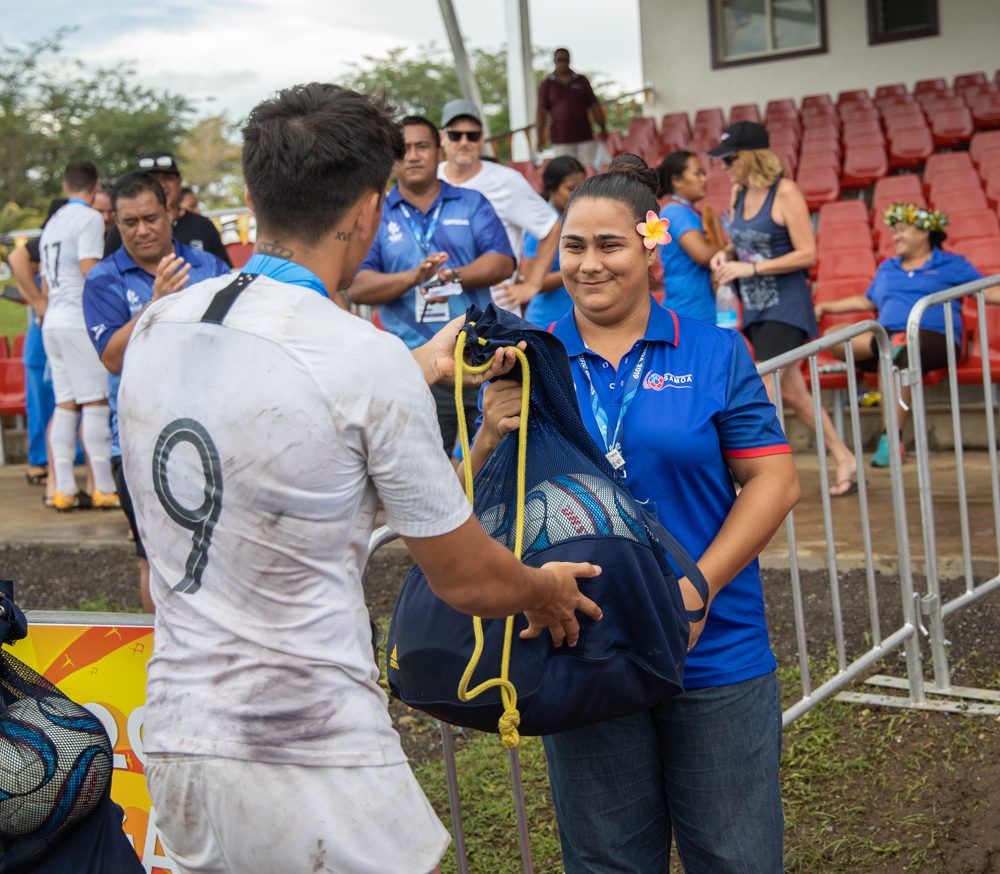 Buckingham said it's a small gesture and they were happy to do it.

“Hopefully it helps young players continue in the game of football."

He said the team have really enjoyed there time in Samoa, and are thankful for that.

“We’ve been made to feel so welcome since we arrived in Samoa.

“Everybody we’ve engaged with, whether it be the food, the accommodation, everything that we’ve experienced, the people." 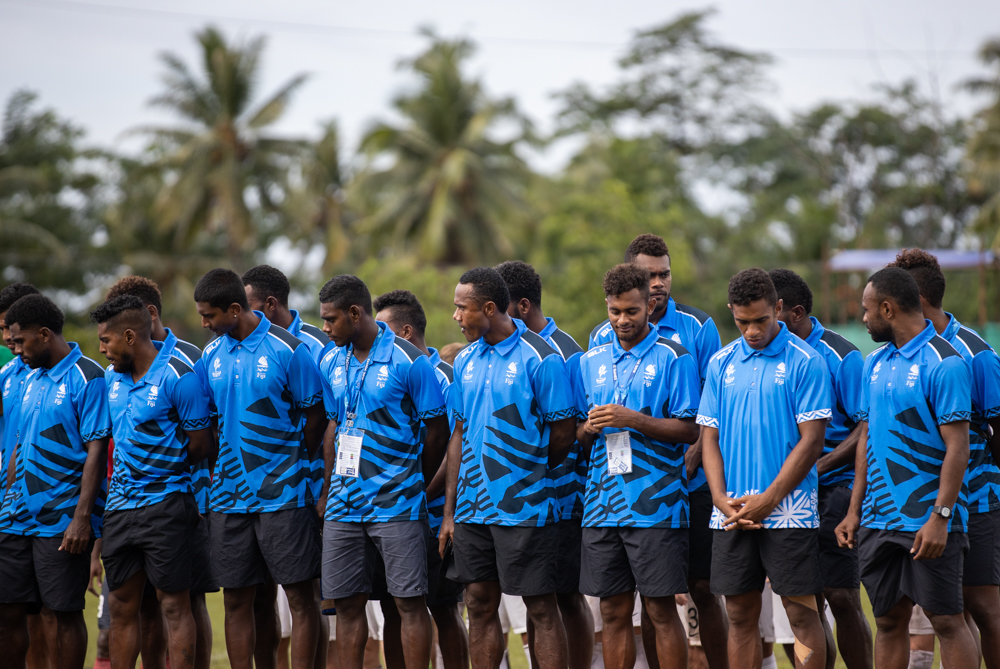