The father of six and grandfather to eight children was putting up quite a competition for the other athletes, as nine countries competed in the triathlon in the XVI edition of the Games.

Speaking to the Samoa Observer, he said he has been participating in the races for the past 12 years and he is addicted to the rush.

Bracken started running in the triathlon over a decade ago and with his family challenged by medical challenges including diabetes, he decided to use that to push him on to participate as an athlete.

"12 years ago I started racing in triathlon and I just thought I wanted to do one and now I’m an addict. So I decided that because my great grandma was diabetic, my grandmas diabetic, my mother is diabetic, my sisters pre-diabetic, I was like no, I don’t want to do that," he said. 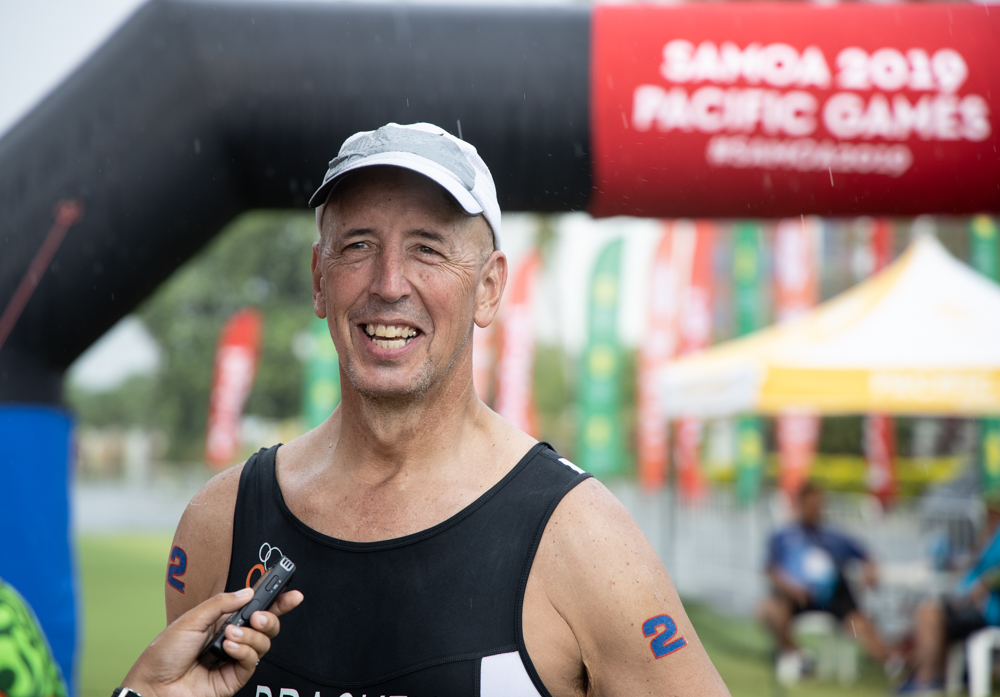 His wife also had thyroid cancer and she needed to go to the gym daily and eventually got cured, and it was when he decided he needed to start exercising.

Growing fond of the Pacific Islands people, he wants to encourage islanders to stay active as they grow older.

"And I want to encourage people as they get older to get out and exercise, not sit down in your fales and just relax but get out and get walking and eating correctly.

"Diabetes is killing our people in the Pacific islands so we need to take care of your health," he said.

Keeping active five days a week, the oldest man at the triathlon last Saturday said he knows he is not in top form, but it does not stop him from competing in such elite races.

"I know I’m not going to be right up there with the top but I know that I can be competitive, and you noticed that I was beating people that I could be their grandpa so I know that but that doesn’t stop me from competing," he said.

This Bracken's first time in Samoa as he flew in six years ago for work and is now a dual residence of American Samoa and Utah in the United States.

Not only is he great on his feet, he also helps amputees get back on their feet after amputation.

"Then back going through American Samoa I decided hey, I need to come here and start helping people here. So six years ago, I started coming to American Samoa and helping the people so they can get their lives back after amputation," he said.