North Marianas Island official amazed by the discipline of the crowd

Crowed at the triathlon game cheering for the athletes (Photo: Vaitogi Asuisui Matafeo )

Excitement was show case by the crowd at the reserve park today in the morning, people were standing at the sea walls and the side of the roads to support the athletes who are taking on the triathlon sports.

Speaking to Samoa Observer, Lina Lutunasiga 35 years old said she is here to support team Fiji and Samoa  athletes who are taking part in the triathlon game, and she love the country.

"I am here to support the Fiji team and Samoa teams for the athletes" she said.

she added she likes the Samoa country and she support the women's and men's triathlon games,  " I support all the games for the Fiji team and Samoa. 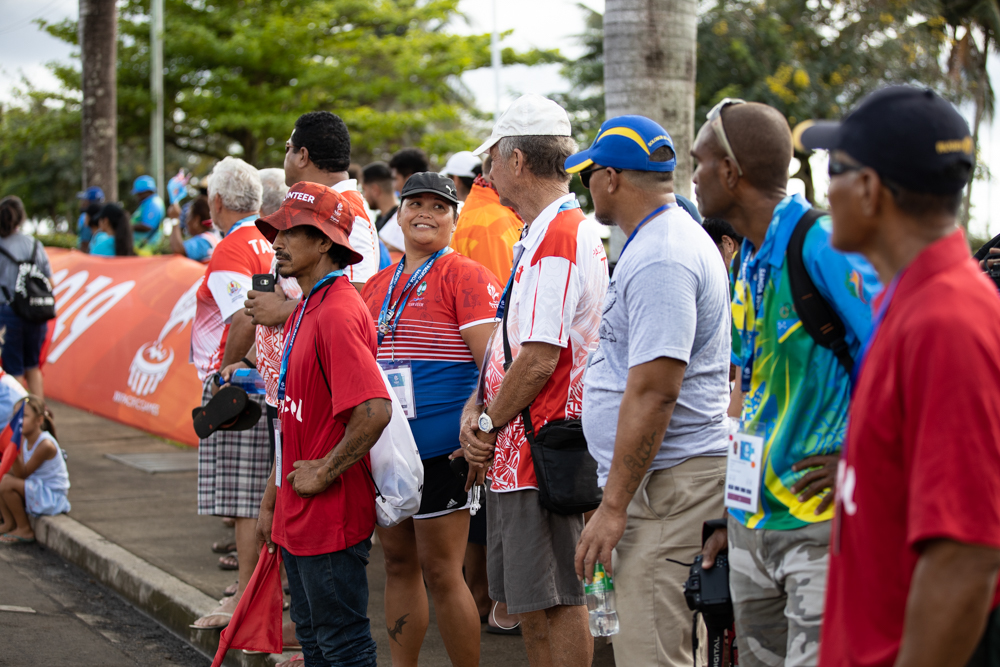 A North Marianas Island officials  65 year-old Fulgueras Antonio said he find the country amazing in terms of the people that are so friendly and the environment is  beautiful also the young people does not use technologies every time.

" I was amazed by the Samoa country the people, environment and young people," he said.

On the other hand Mr Antonio was impressive with how the crowd are watching the games in a way that the people don't have to be told here they have to stand, and watch the games, and he thinks the discipline of the people.

" looking at the crowd they don't have to be told where to be standing, I think is the discipline," he added.