Samoa’s mixed touch team have settled for a silver medal after a close game against Papua New Guinea to loose 9-10.

Samoan Coach George Esoto said the silver medal win showed the talent that Samoa had in the Pacific and the country had the talent to  play with the best of the best.

“It was a good game today. We had that mentality to win it all in the first half, but those last 10 minutes for our team was challenging. I guess in the end, PNG wanted it more than us.”

According to team Samoa, the two top scorers of the match were Arran Rogers (Number 2), and Uanita Paulo Vaaga (Number 14).

Uanita Paulo Vaaga scoring a total of three tries during their game, and Arran Rogers having a few daring scores of his own at the try line in the final on Saturday. 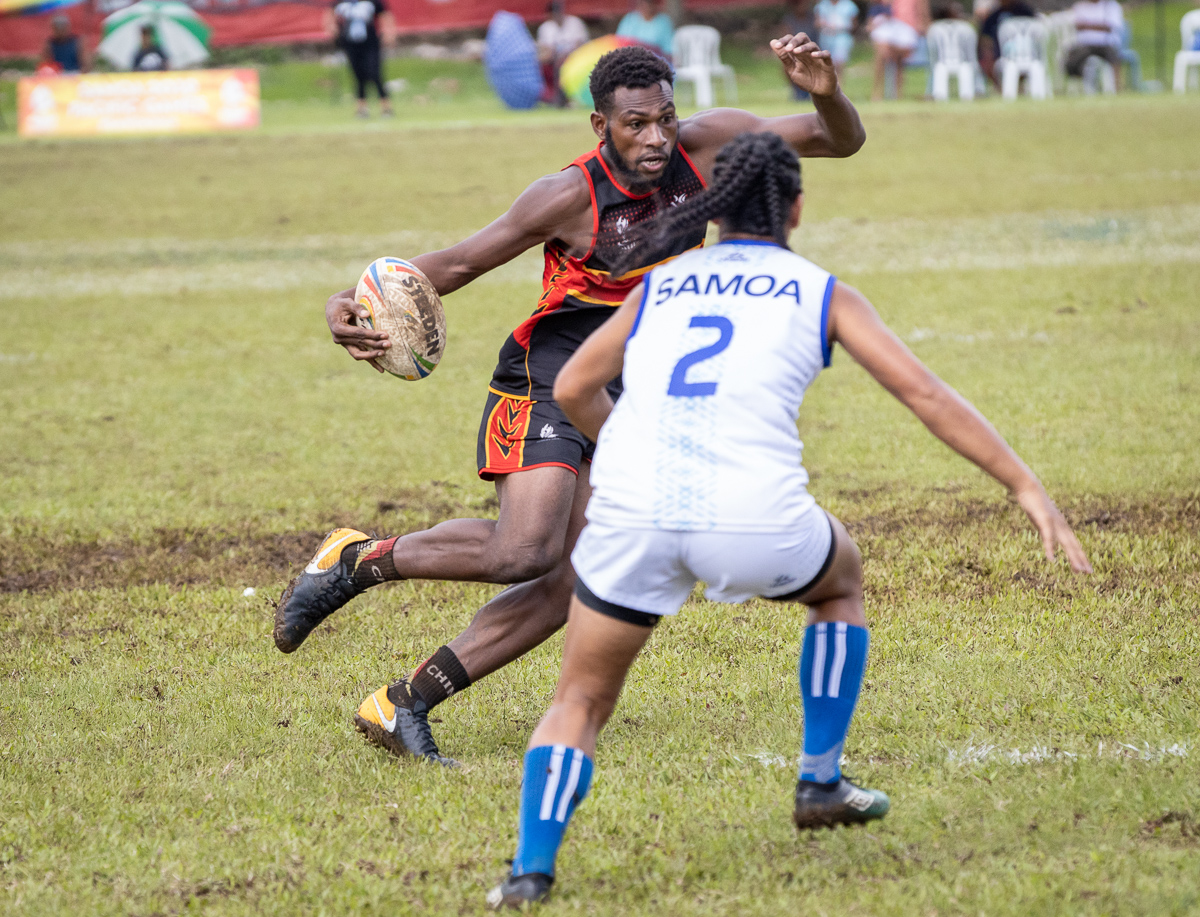 Esoto said the experience his team had playing against the Papua New Guinea helped them to grow their team grow more as players of touch rugby.

“To play these professional teams means a lot for touch rugby in Samoa, The way that each player has evolved to another level over the past weeks has made me so proud.”

Today’s match, while disappointing, has not averted the team’s eyes from more gold medal opportunities. George Esoto has higher expectations from his team now that they are silver medalists.

“They worked hard for this and it just proves that we’re capable of so much more, for now we’ll settle for the silver and regroup on what we can fix. Who knows what can happen at our next competition is that we end up taking all the gold.”

The amount of support that the team has received has made George Esoto, a very happy coach. He is very thankful to all those who came to cheer on their team today and at the overall attitudes of his team and players. 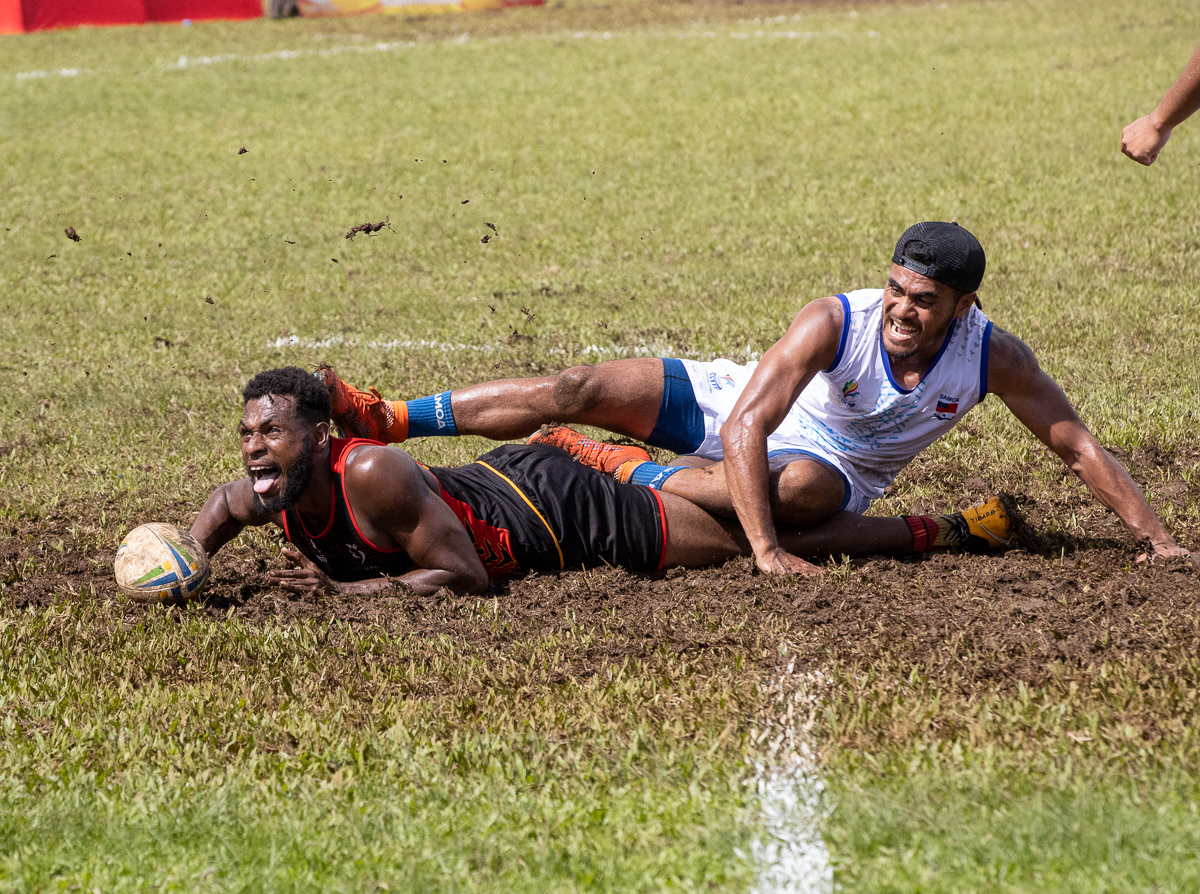 Elizabeth Lydwina Timoteo-Ropeti, one of the players today for Samoa’s mixed team, tells the Samoa Observer that the Pacific games has been an unreal experience for her.

“This is my first Pacific Games, but my second time representing Samoa. The first time was at the Touch World Cup in Malaysia in May, it’s been such an honor and privilege to play with my brothers and sisters, not only from here but overseas as well.”

The number 11 player from Fasitoouta says she couldn’t have asked for a better team to play with in today’s finals. “I’m so very proud of us, I know we didn’t do well at a few things. Our defense especially needs to be improved on. I’m just super proud of our team today. For what it's worth we’re silver medalists now.” 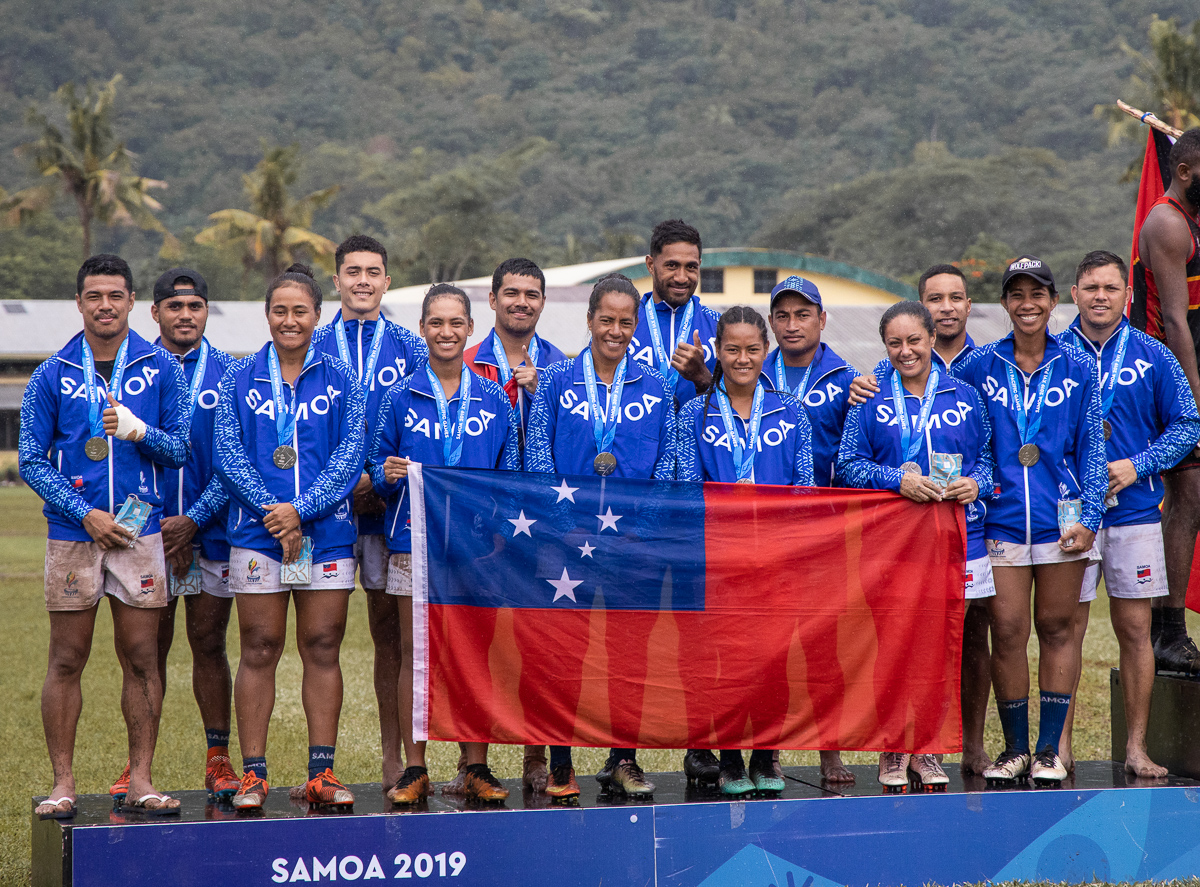