time, if they are going to join the top ten teams in the world.

Peter Shefford and Geoff Hooper, coaches from Australia believe Samoa’s touch teams are held back without regular competitions, against local and international teams.

After the Touch World Cup in Malaysia this year, it was clear that more exposure is the way forward, and teams have begun discussing a Pacific Cup.

“We are close to the U.S.A, who is on the verge of top ten, we are close enough to be developing alongside China who are developing, Japan are top three, Singapore are top four,” women’s Coach Geoff Hooper said.

“We are close enough that we could have little mini tournaments every couple of years to play, as well as get the teams over to Australia and New Zealand and play in their national competition.” 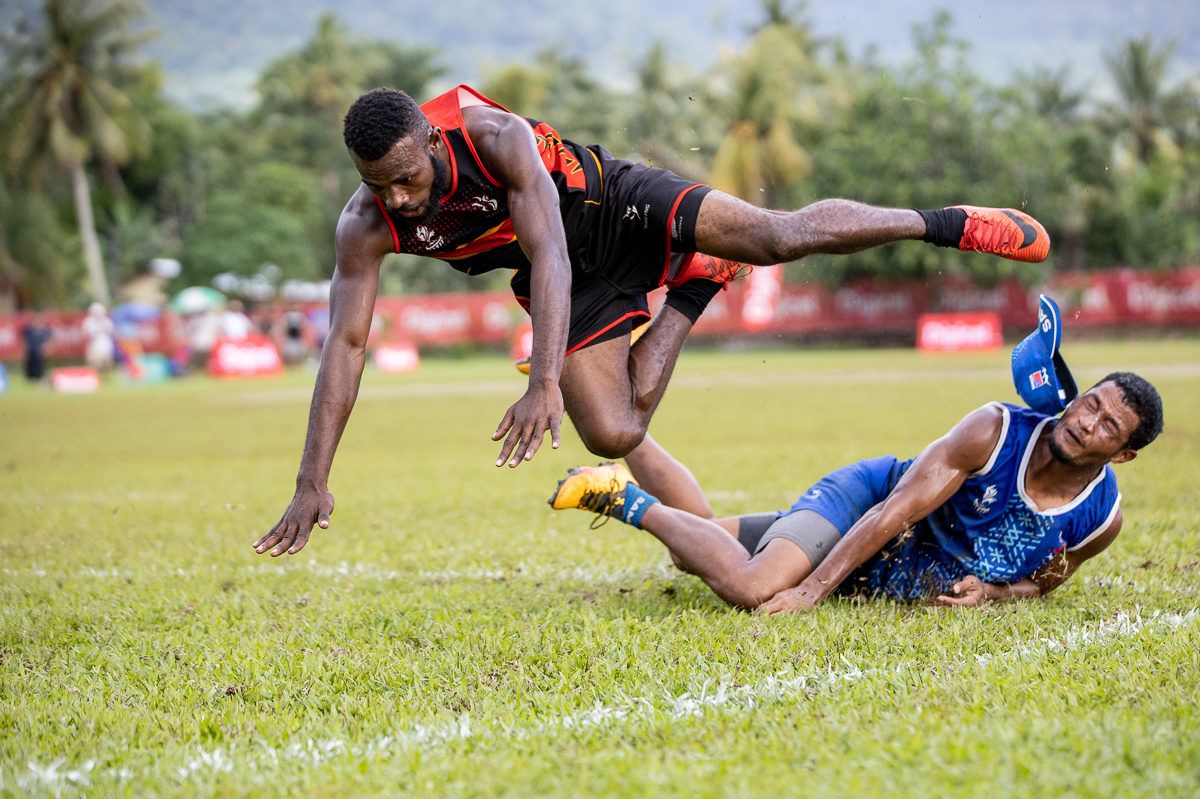 Women’s captain Lote Lima said other Pacific nations who were at the World Cup agreed.

“We were able to talk with a lot of Pacific Island nations who were there as well. We are looking to have a regional tournament for Samoa because we never play international teams until we get there,” Ms Lima said.

“In the States, in Australia, they have tournaments on going all the time, so it would be great to play them, not only to build up ourselves but also to build up the game in the Pacific.”

Samoa’s mixed team is currently ranked 13th in men’s, 17th in women’s and sixth in mixed division, according to the February 2019 rankings on Internationaltouch.org.

In the Pacific Games, all three divisions performed well finishing second in all three competitions.

They could not best world champions Papua New Guinea, who are ranked seventh in men’s, 15th in women’s and fourth in the mixed divisions.

Waiting every four years for the Pacific Games and the World Cup is not enough, the two coaches agreed.

Coach Peter Shefford, the men’s coach since last year said a local league is the right place to start.

“Hopefully all the boys from Samoa take the experience of the Pacific Games back to their clubs and improve the level of touch in Samoa,” he said.

“They can’t just come together every four years for the World Cup, they have to build their club sides and have matches against other clubs and bring these professional league concepts to their clubs and improve the standard, Samoa will be better for it.”

Mr Hooper said currently there is no pathway to a professional, paying touch career, but in Australia players are picked for rugby league sevens teams, which is professional.

That can happen in Samoa too, with the right development, he said.

“At home there is that pathway and we are now losing a lot of girls – which is not a problem, it’s the Olympics, I would do anything for an Olympic medal – and they all get contracted.

“Rugby Australia realised that touch is where they all come from so they hang out at touch tournaments looking for girls that might be able to fit it,” he said.

Touch and sevens have similar strategy, similar numbers of people on the field and can be the right fit for women who start out in the non-contact sport but want to do more.

The rugby leadership could be more involved with the touch leadership in order to foster that pathway, Mr Hooper said.

In the meantime, his hopes for a Pacific Cup or more international competitions have the big barrier of cost.

To get to the World Cup, touch players were fundraising for months and still struggled to make all ends meet.

“It costs so much, and the tala is low,” Mr Hooper said.

“They really require a lot of support and really that is all that is holding them back now."