Success doesn’t come much sweeter than Team Samoa boxing tasted at Salelologa on Friday on the final day of competition.

From the seven Samoans who fought in the Pacific Games final, seven gold medals were added to Samoa’s medal tally at the end of what was a glorious moment for the big island and Samoa. 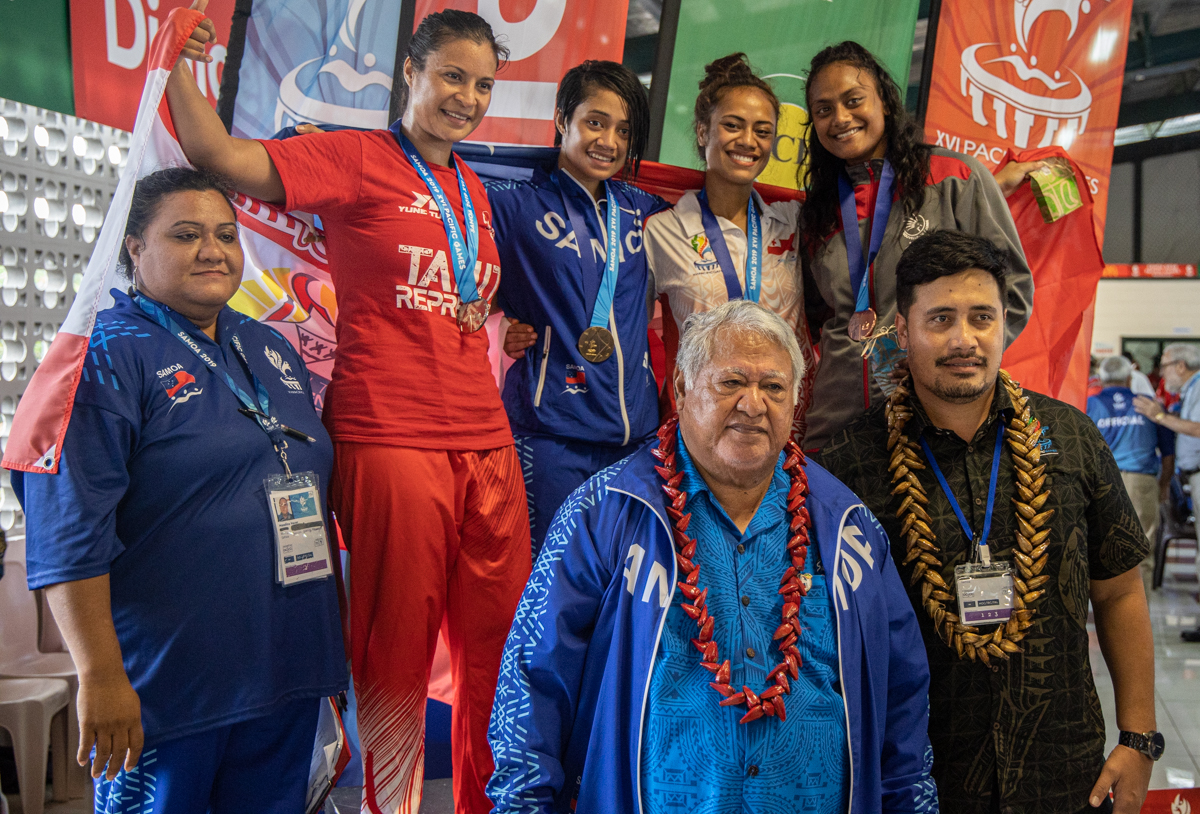 Patriotism was definitely in the air at the Don Bosco Boxing arena where it was raining gold for the home team.

The historical moment was witnessed by a capacity crowd who couldn’t get enough of their local heroes. Among them was a very proud Prime Minister, Tuilaepa Dr. Sa'ilele Malielegaoi, who is also a Games athlete.

The finale for 2019 Pacific Games will be remembered not only by the medalists, their families, friends but also the aspiring young boxers who watched with enthusiasm as each of the Samoan gold medalists stood proudly on the podium, singing their national athem, Samoa Tula'i.

For this year, Samoa had eight boxers, with one female. 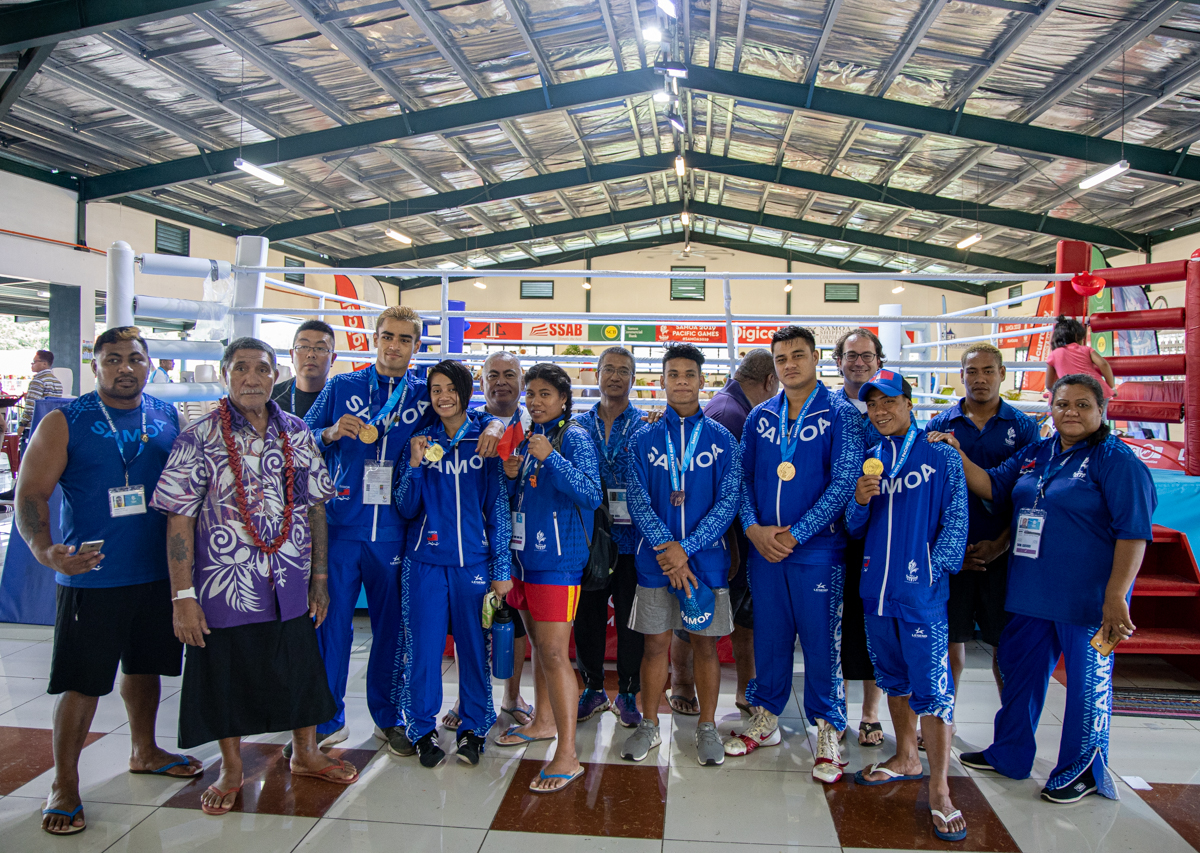 There were thirteen gold medals all together for the competition.

Team Samoa claimed seven out of 13 gold medals for the first ever Pacific Games held in Savaii.

The first gold for Samoa was secured by Nu’uuli Mose who fought in the 60kg Light Weight category against Pemberton Lele from Solomon Islands.

It was followed by another gold medal for Samoa by Jancen Poutoa in the Middle Weight 75kg category against Ramses Thimoumi from New Caledonia. 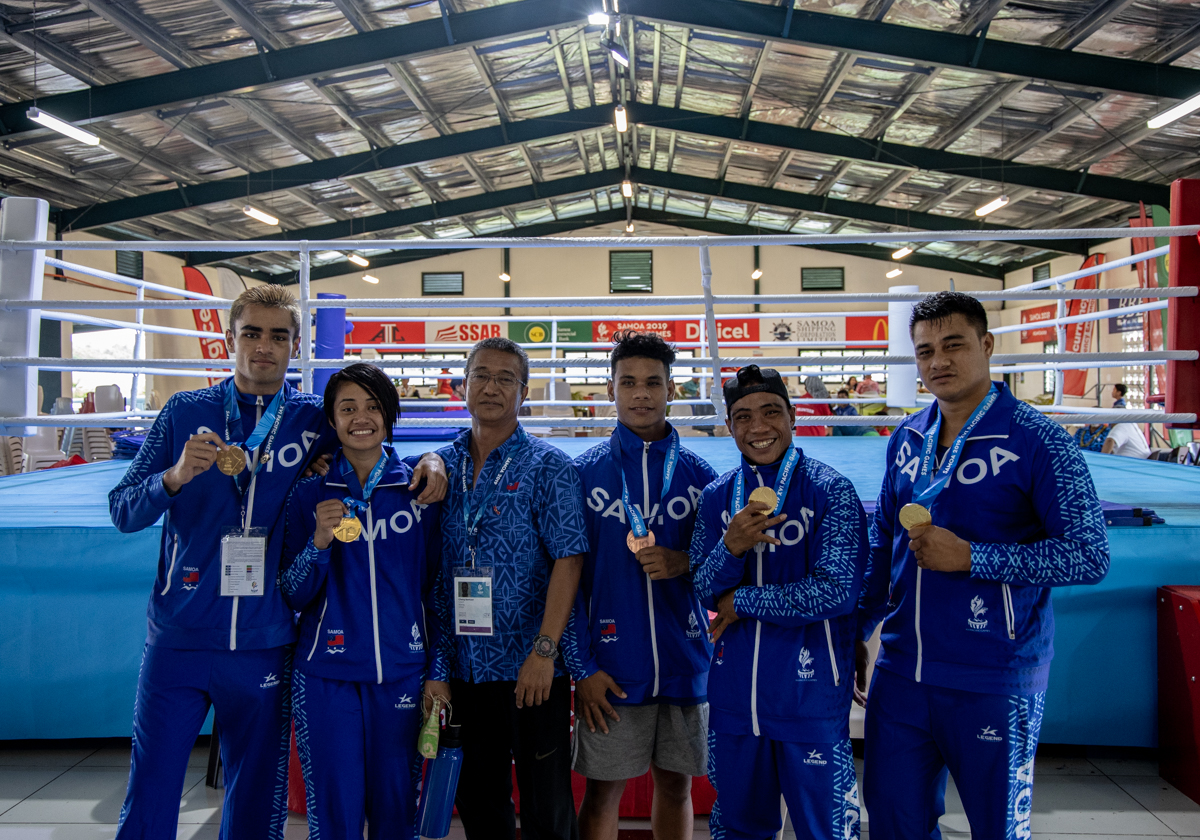 The crowd erupted into loud cheers when Samoa secured its fourth gold by Tupuola Ato Plodzicki-Faoagali who won against Jolando Ta’ala from American Samoa in the Light Heavy Weight category.

However, the talk of the day was the T.K.O delivered by Samoan boxer, Filimaua Hala who came out too strong and too good for his Tongan opponent, Hurrell Sepasitiano Lavemai.

The finale of was the bout against featuring Samoa’s only female boxer, Fa’aasu Loia and Tahitian boxer, Heiura Nena.

Alai Fa’auila of Samoa also won a bronze medal for his country.

Which means all of Samoa’s eight boxers won medals for the host nation.

An achievement which made the Head Coach of the Team Samoa, Lionel Elika Fatupaito very happy and emotional.

“I am proud to be Samoan,” he told Samoa Observer, fighting back tears.

“We’ve all worked hard for this and its true that hard work pays off.” 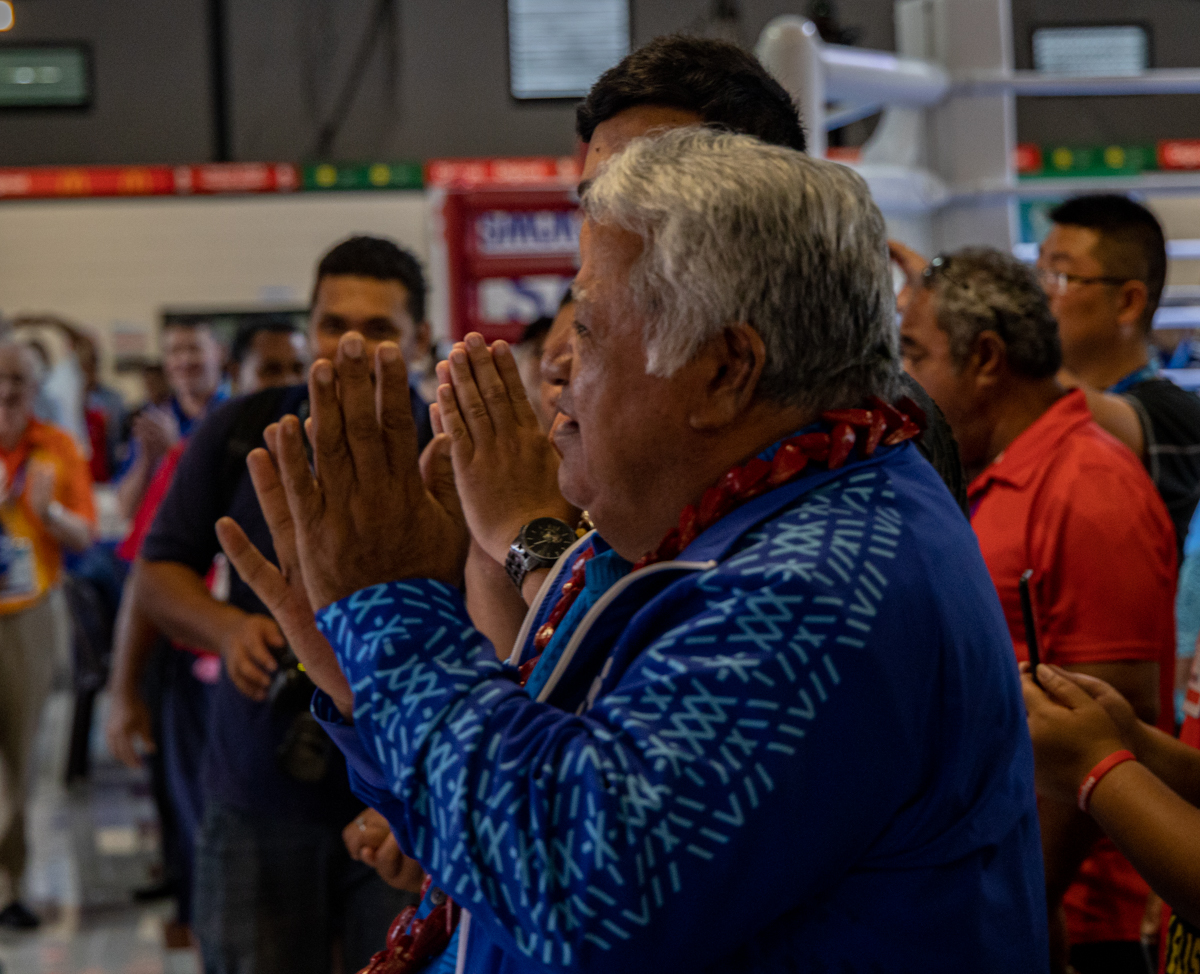 The other six gold medals were won by the following countries.