20 years gold drought over for Tahiti in Aquathon

Tahiti dominated the aquathon tournament, bagging all three gold medals for the men's, women's and team's categories on Friday morning.

Federation Tahitian Triathlon President, Jean-Michel Monot was very pleased with the performance saying this is the first time Tahiti has won a gold medal in 20 years.

"It’s a fantastic day for us because it was 20 years ago that Tahiti in men won, so it’s the first gold medal after 20 years, so for us it’s a very very fantastic day and three gold medals today, it’s very incredible for us.

"Aquathon is very different from triathlon, so tomorrow is triathlon with bike, so we don’t know but we are very happy because after the first day, we are in the sky, we are seven skies; it’s fantastic for us," he said. 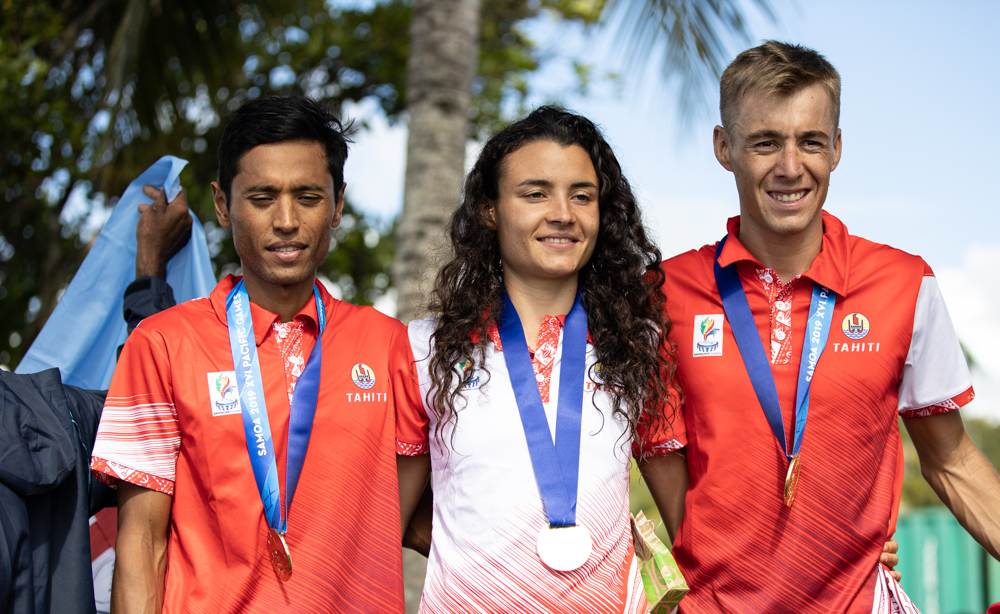 Despite the difficulties of changing in coaching staffs in the middle of training, Tahiti was able to come out on top, beating the defending champions, New Caledonia who collected the rest of the medals, silver and bronze for all categories, while Fiji snatches bronze in the teams aquathon campaign.

"It was difficult year for us because we had to change coach during the year so, not easy but we have young people now in the team and we find solution with coach and new coach and lot of people help us, so it was difficult but it’s fantastic here," said Monot.

Monot admitted that New Caledonia have always been a strong opponent especially in this sport, but believes that Tahiti has a fighting chance against them in triathlon on Saturday. 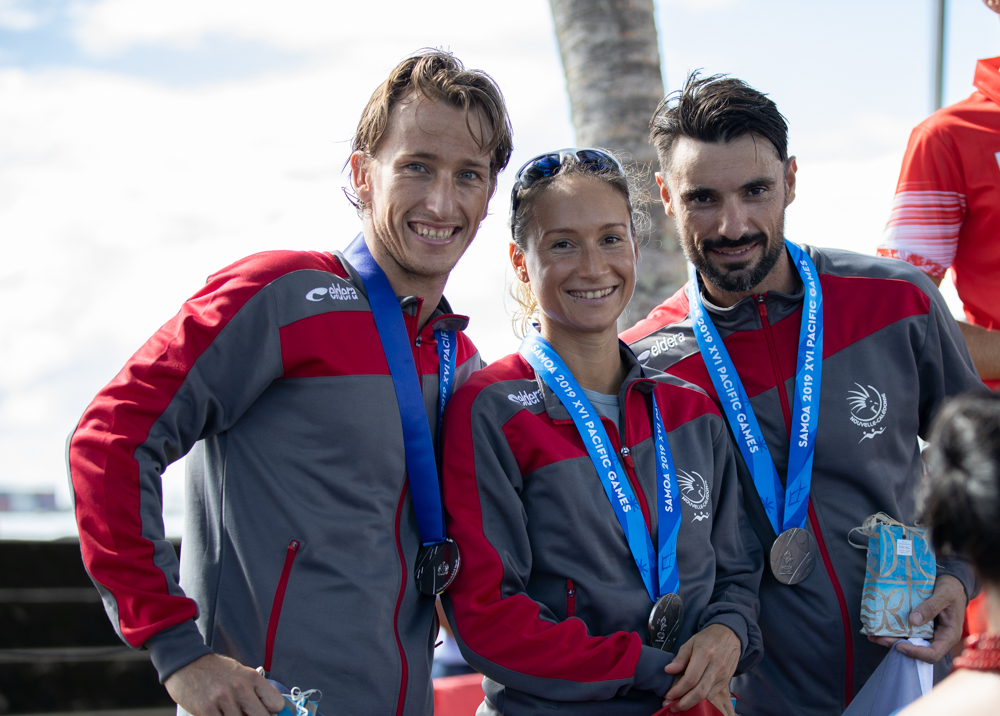 "Because you know New Caledonia is a very strong team in this game so for us NCL is irresistible but this year now for us is fantastic," he said.

Monot said there is no secret to their success in aquathon, but rather Tahiti is a great place to train for it with a small island and fantastic seas.

" I think yes we have the sea, so for us, Tahiti is a small island so we can swim into the lagoon, so for us it’s fantastic.

"The difficulty we have is the road, because Tahiti is very small island, we don’t have fantastic road so it’s difficult for the bike, but swimming and running, I think we have good condition to train," he said. 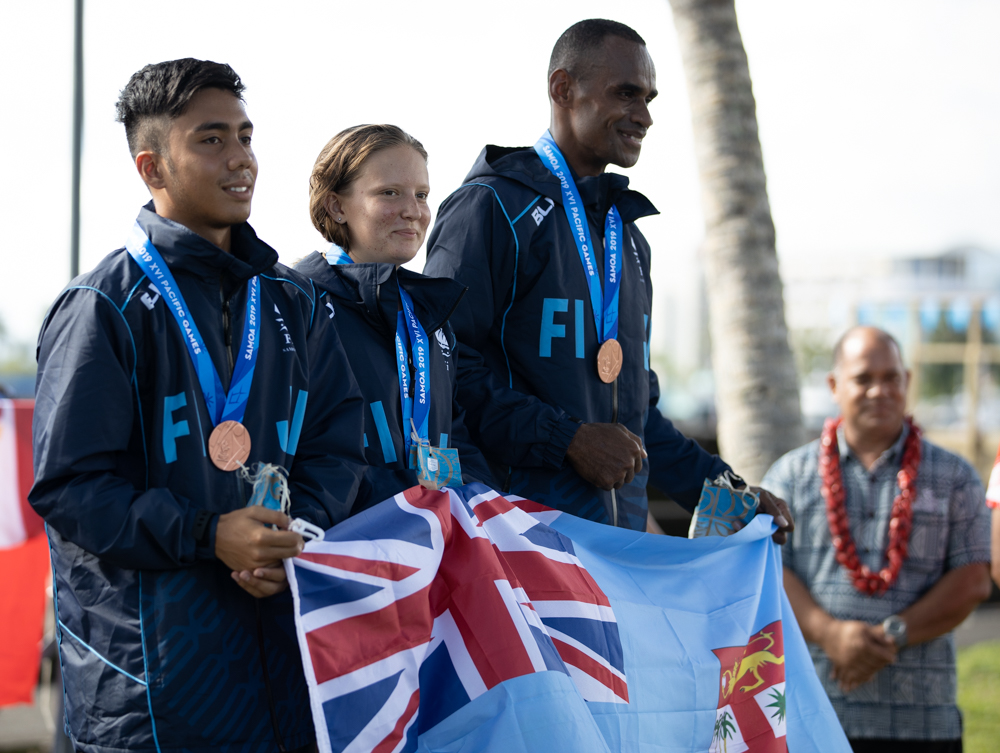