Pacific Games Council President Vidhya Lakhan is grateful to Samoa for hosting the Pacific Games and the exceptional organisation of the event. (Photo: Wilson Stratton )

As Samoa prepares to pull the curtain on the 2019 XVI Pacific Games with the closing ceremony, the President of the Pacific Games Council, Vidhya Lakhan, has just three words to say.

Speaking to the Samoa Observer on Friday, the President of the Pacific Games Council said Samoa has done exceptionally well in organising and preparing for the Games in less than two years.

“It was Tonga’s game, not theirs (Samoa) but they put up their hand and won the bid to host and organise the event. They had less than two years, and they did exceptionally well," Mr. Lakhan said.

“The hospitality of the Samoan people, the manner in which we’ve been looked after, cared for, is wonderful.

“The support of the Government, the Prime Minister, Tuilaepa Dr. Sa’ilele Malielegaoi himself, the Minister for Education, Sports and Culture, Loau Keneti Sio, they did really well. 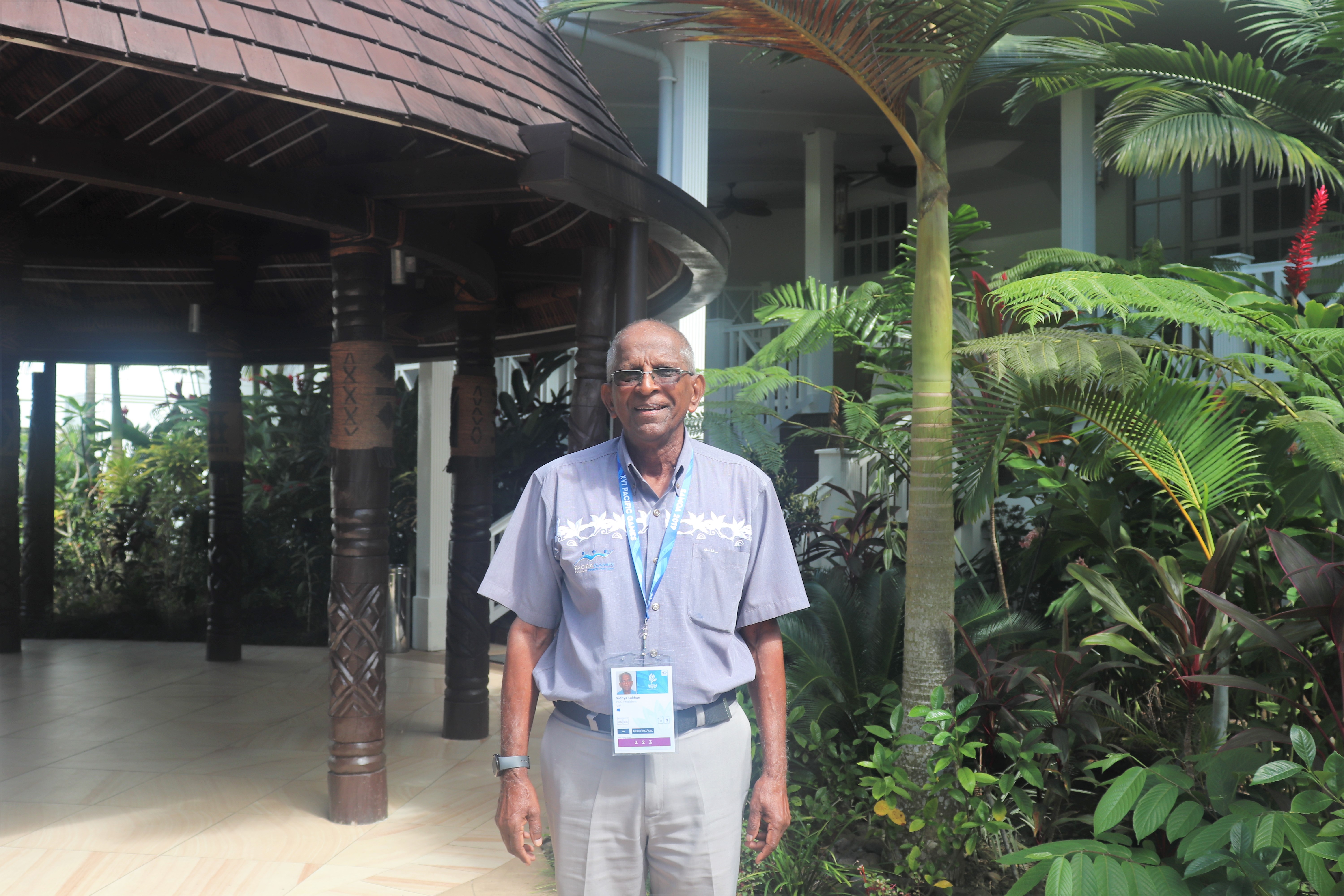 He reiterated that as far as Samoa or the Games is concerned, everything went well given the time constraints Samoa had to prepare.

“I was here a month before the opening ceremony," he said. "We reviewed, went through the whole programme and left here quite satisfied.  And I’d like to say that during these two weeks, things have gone very well. Athletes overall seem to be happy.”

Mr. Lakhan also praised the use of local manpower to drive the organisation of the Pacific Games.

“It has been exceptional, considering it has been all local people leading the organising committee, they’ve done exceptionally well," he said.

“We’ve had some expatriates helping, we usually get quite a few from Australia and New Zealand, they come and help out every Games so we do appreciate that, but there were a large number of local technical officials as well from Samoa, and we had some from New Caledonia, Tahiti, they came and helped and it all worked out.”

But no event of this magnitude is problem-free. He said like the past Games, there were problems and issues before the competition started, but they were solved.

“The athletes made adjustments and made themselves at home with whatever was provided. The competition venues some of them are excellent, world class.

“The athletes have enjoyed competing in those venues, so there are no complaints there. Transport worked well. Meals initially we had a little bit of issue, but that got sorted out, so that went well.

“Competition got disrupted by the weather, particularly the outdoor sports, tennis got disrupted but we allowed them to play on Sunday to catch up, they did.  As you know Apia Park had to be closed for Rugby 7s, we had to go to the Marist grounds.”

Mr. Lakhan said in the end, all the programmes worked out, no complaints.

The Solomon Islands will host the next Pacific Games in 2023.

The closing ceremony will be at the Apia Park on Saturday night.