Samoa women's football team is 80 minutes away from a historic gold medal in the Pacific Games.

But they have to get past Papua New Guinea (P.N.G.) to create history, after they fought back from a 2-1 halftime scoreline in favour of New Caledonia to kick two goals in the second stanza to win 3-2 on Thursday afternoon at the JS Blatter Football Complex, Tuanaimato.

The women's football team started slowly in the first half and shared possession with an equally determined New Caledonia outfit. The two teams went into the break with New Caledonia leading 2-1.

In the second half Samoa came back strongly, and spurred on by a vocal flag-waving crowd, they equalised and scored again before the end of the game to come out victors. 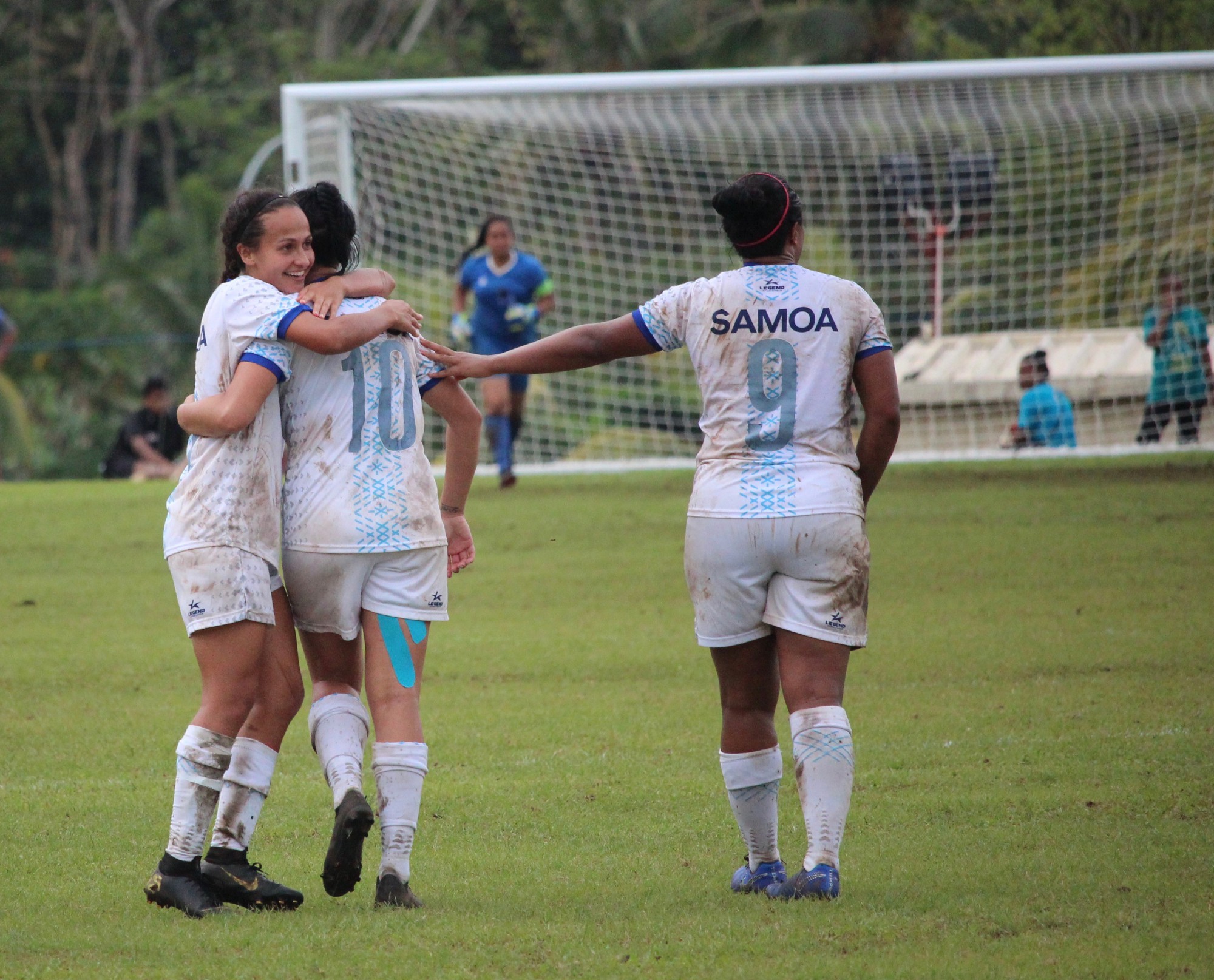 Samoa women's football head coach, Nicola Demaine, was ecstatic with her team's win but told Samoa Observer that there are areas the team will need to work on in the lead-up to the gold medal playoff against P.N.G. at 12.00pm on Saturday.

"Papua New Guinea are a strong physical side and I have worked with them in the O.F.C. (Oceania Football Confederation) so we will have a game plan," she said in an interview.

The P.N.G. women's football team, which took on the Cook Islands to determine the gold medal playoff before Samoa played New Caledonia, overwhelmed the Cook Islands with their speed and lanky footwork to win 5-1.

PNG showed their intent from kick off and missed several goal scoring opportunities in the first half to better their 2-0 half-time scoreline, due to poor ball control in Cook Islands' goal mouth.

In the second stanza of the match, there was more structure in their general play with a lot of their passing finding their mark, opening up opportunities for strikers Marie Kaipu and Meagen Gunemba, with Gunemba scoring three goals in the match against Cook Islands. 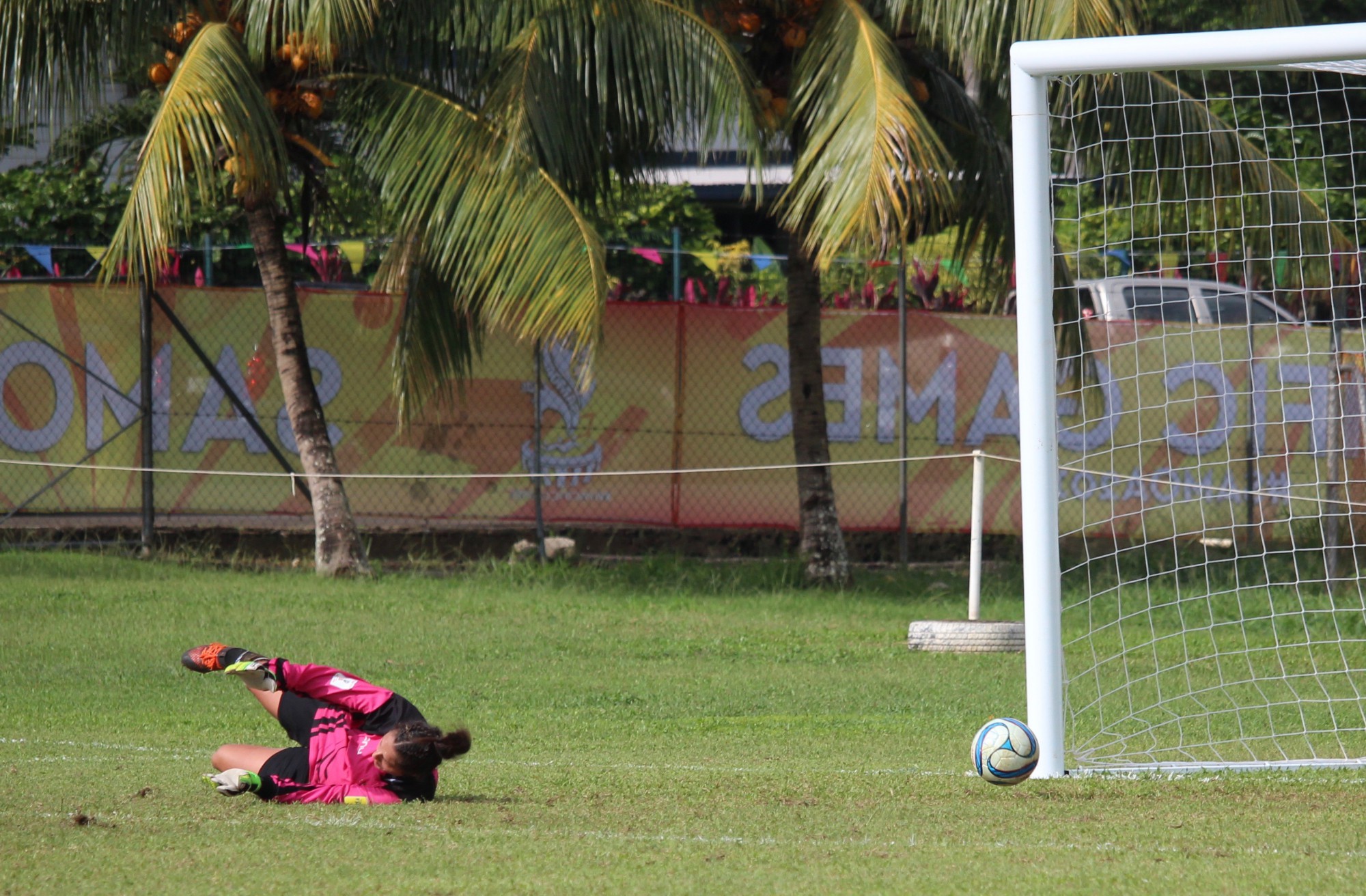 The PNG women's football team head coach, Frederica Sakette said there are areas that the team can improve on, before they meet Samoa in the gold medal playoff on Saturday.

"There are areas that we can improve on, we also got a lot of new players so we had to put some on the bench to prepare them for the final games, and we rested others who had injuries," she said.

"The team in this game against Cook Islands is the best team we can put on the field, but we have options available with backup players for each position to ensure we aim for gold on Saturday." 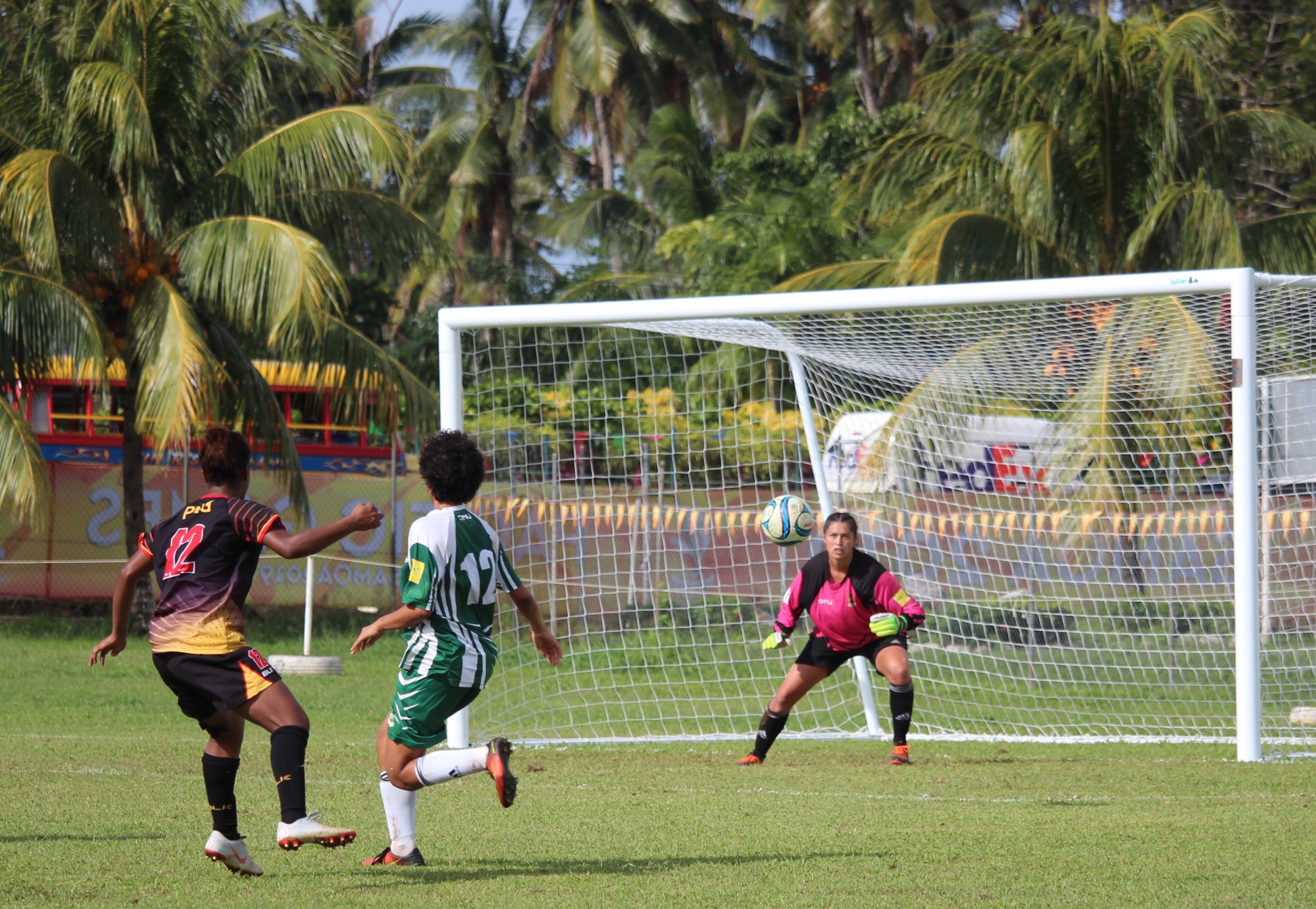 For Samoa, Saturday's gold medal playoff against PNG will be historic as it is the first time for a women's football team to progress to that stage at the Pacific Games level.

Demaine sees long-term benefits for the code, thanks to her team qualifying for the gold medal playoff, which she hopes will raise the profile of women football in Samoa and woo more female talent to consider this sport.