When Kelvin Tuiala Masoe woke up on Thursday morning, he would have been preparing himself mentally for the Pacific Games 200 metres and another tussle with sprint stars Banuve Tabakaucoro and Jeremy Dodson.

But instead of competing in that race, he and coach Ah Chong Sam Chong decided during the day that Masoe should compete in the long jump instead.

So when Masoe ended up with the gold medal for his Samoan national record-breaking 7.65 metre jump, he was a little surprised.

“I did my very best for the jump," Masoe said.

He said winning bronze in the 100 metres on Tuesday made him want to give his all in another event.

Masoe qualified for the final round of the men's long jump with a best effort of seven metres, the third highest of the preliminary round. 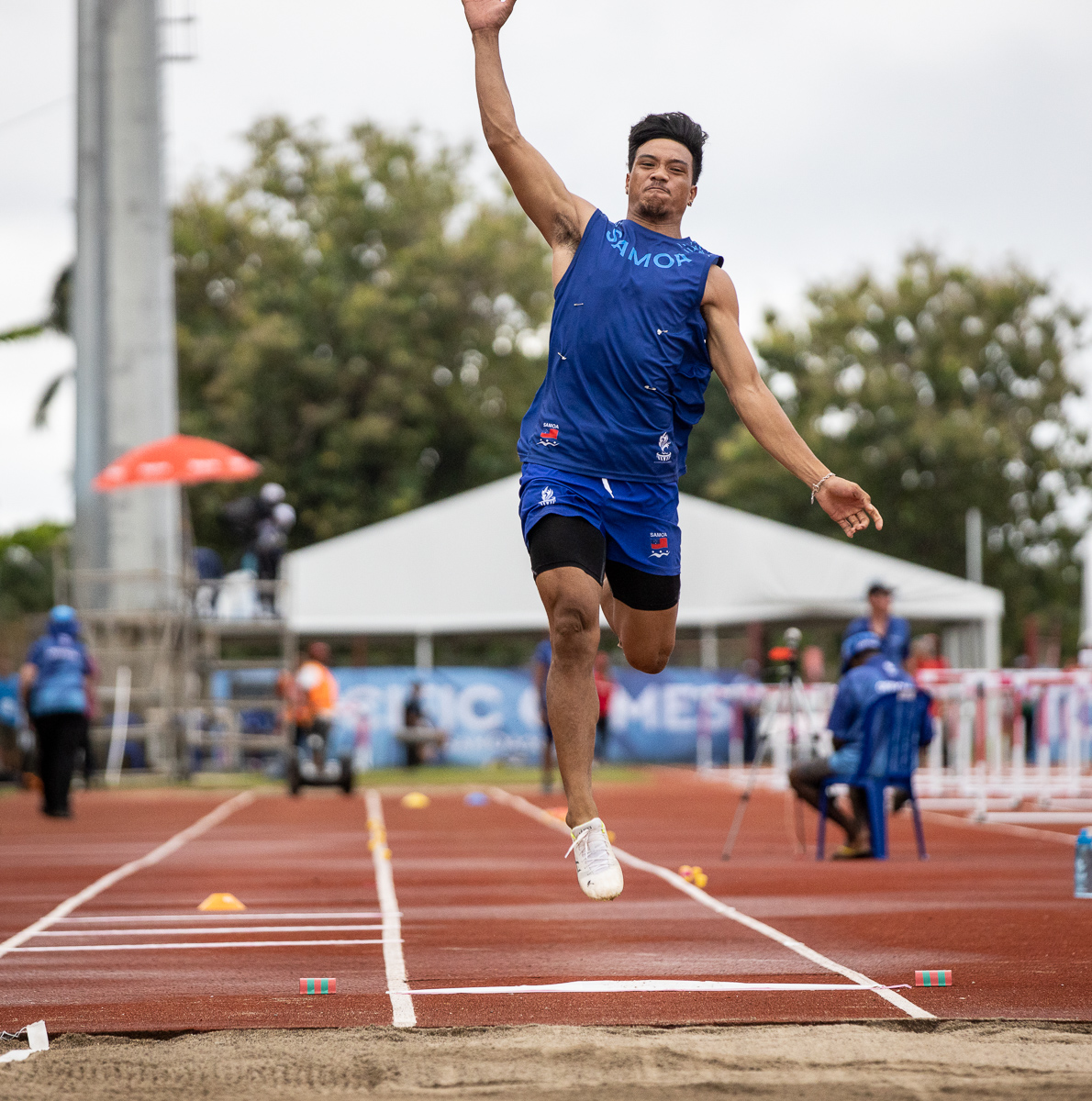 He registered a 6.49 metre effort with his first attempt, then a 7.10 to put him in silver medal position.

Before his final jump, the 20-year-old from Satuiatua, Savai’i took a moment to fire up a crowd that was already at fever pitch.

Sam Chong said he told his athlete to jump as high as he could, knowing the momentum would carry him forward when he hit the line at such pace. 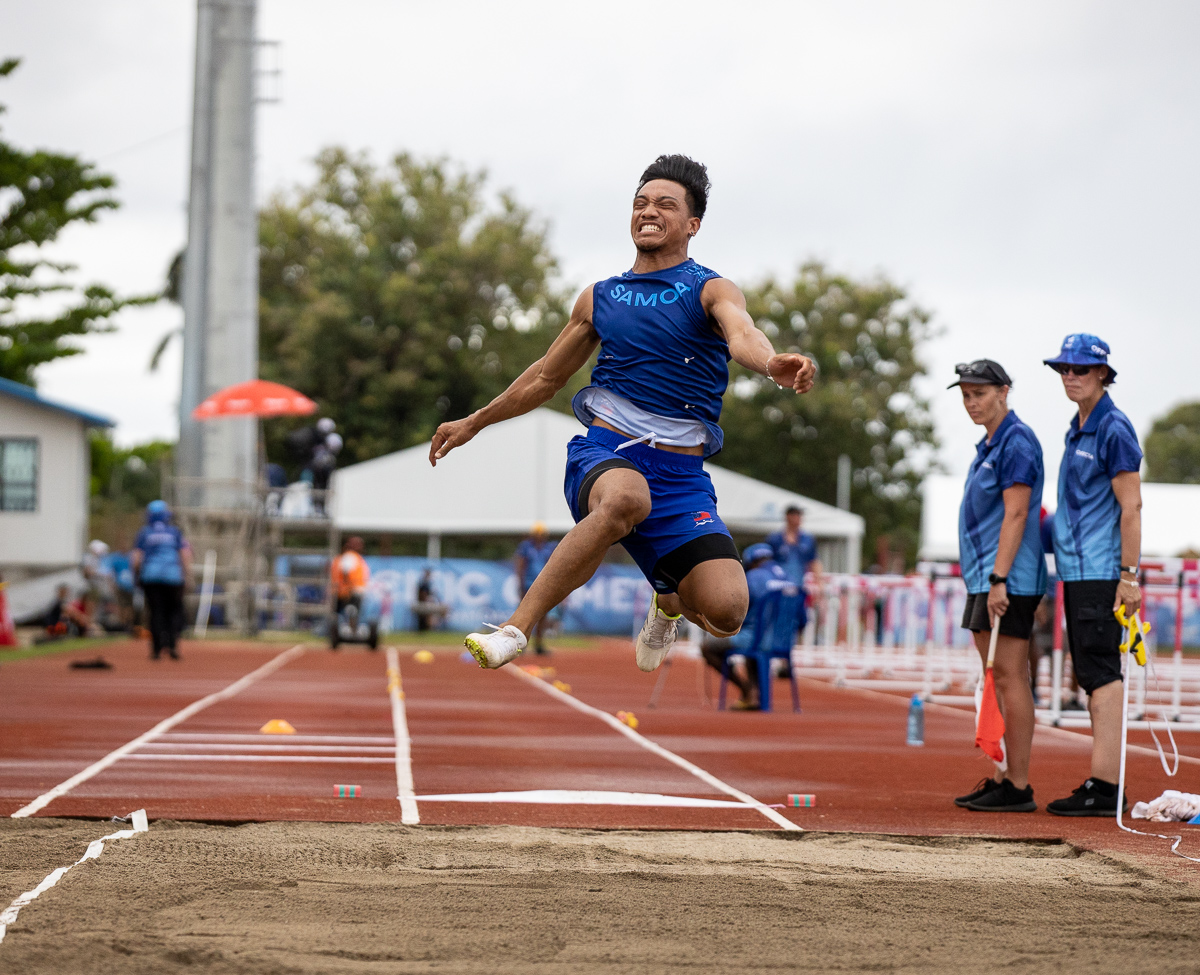 Masoe said he put everything into that jump for his homeland, and the energy of the crowd pushed him into first place with the record-breaking 7.65 metre jump.

“My country supporting me, I’m so proud of it."

The top two seeded athletes from Papua New Guinea and New Caledonia each fouled on their jumps under intense pressure from both Masoe's mammoth effort and the parochial Samoan crowd.

Masoe said it was special having Samoa behind him, and thanked his family especially, and his grandpa cheering for him in Savai'i. 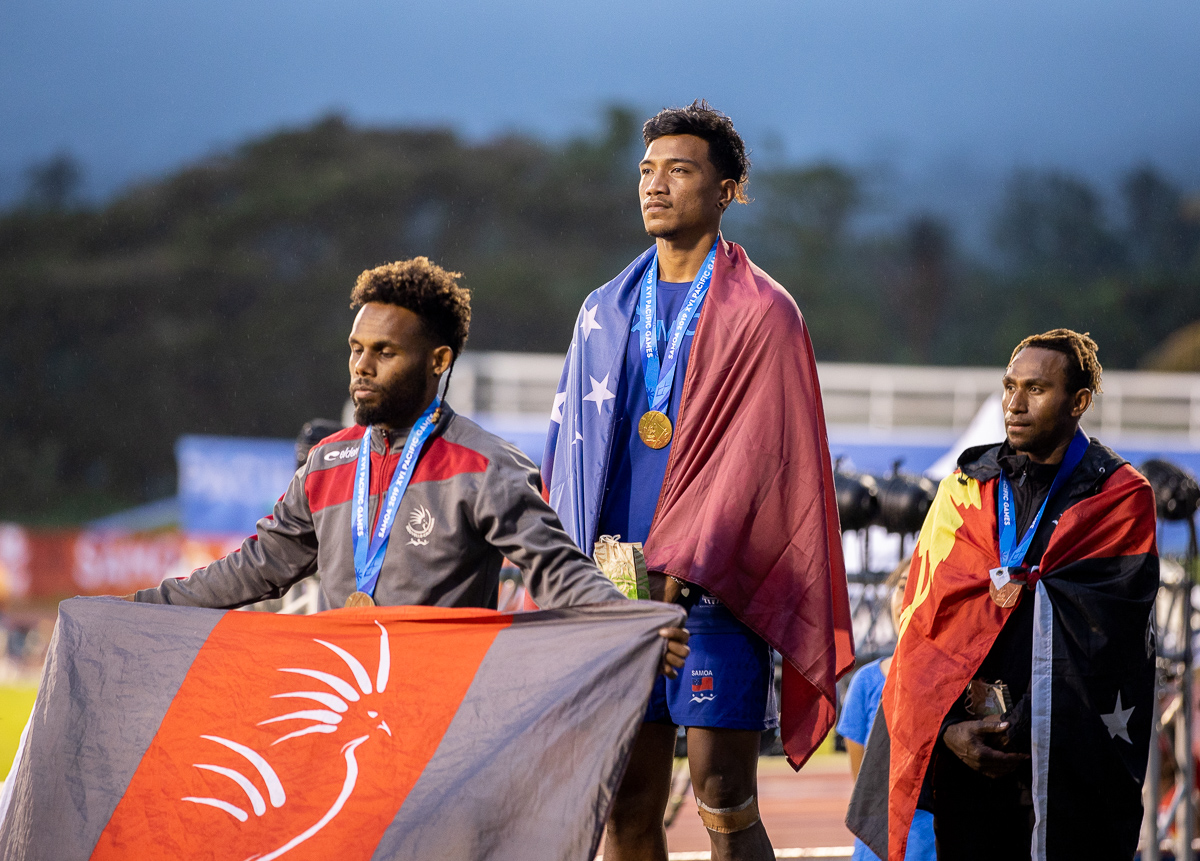 Sprint teammate Jeremy Dodson was blown away by the performance.

“Zero training all year, and all of a sudden he jumps out of the pit and claims the gold.