Before the rain delayed the competition on Thursday, Samoa’s Steffi Carruthers lost to Abigail Tere-Apisah of Papua New Guinea 6-1, 6-3 in the singles category which has landed her in the playoffs for the bronze medal against American Samoa.

Speaking to the Samoa Observer, coach for Samoa’s men and women’s tennis teams; June Langton was very optimistic and positive towards her team’s efforts and performance throughout the Pacific Games.

“I am still very positive about my team’s hard work put in to representing their home country – it is not easy what all my players are going through yet they persevere against all odds.

“Unfortunately Carruthers was very sick last night which led to her withdrawing from her mixed doubles category together with Marvin, we hope she recovers for her doubles and singles match.

“The doctor did advise us that she really should rest, she’s very sick but she insisted to play the doubles together with Schuster,” she said.

When asked about how her team is holding up for the last remaining games of the competition she credited the trip which some of players made to China which improved their fitness.

“But it has been a grueling two weeks for our players in terms of how they were challenged physically and mentally plus other factors like a flu spreading which led to three various teams including Samoa pulling out of the mixed doubles because they have all been sick from the flu,” she said. 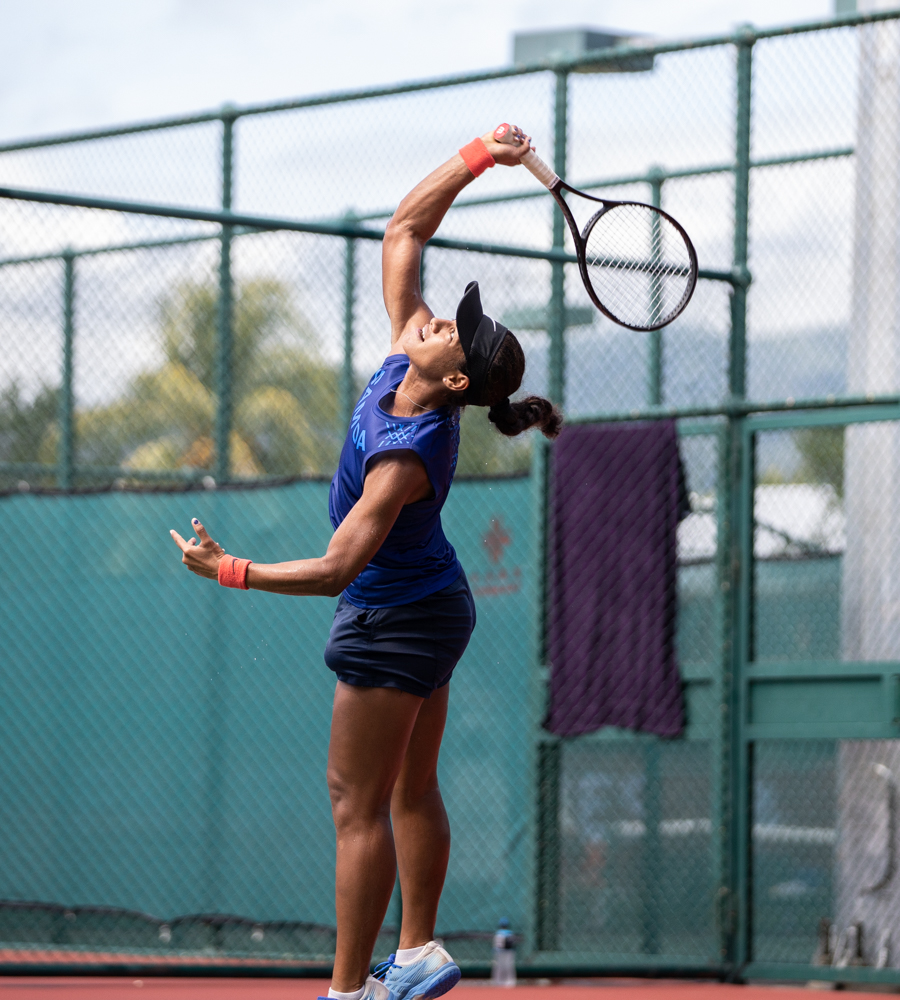 She acknowledged the determination by her players despite obstacles.

Carrruthers and Schuster will continue their match in the women’s doubles against P.N.G. at 9:00 am at the Apia Park tennis courts if the weather permits.