Samoa's squash teams through to semi-finals

Samoa’s squash teams have not thrown in the towel and are keen to get more medals in the semi-finals for the doubles (men, women, and mixed) at the XVI Pacific Games.

In the men’s doubles, Samoa’s Ivan Chewlit and Chad Rankin won against Tahiti 11-2, 11-2 which now sees them play New Caledonia in the semi-finals Friday.

Speaking to the Samoa Observer, coach for Samoa’s men and women’s squash teams, Paul Wright said that there is still hope for medals in squash.

“I know it is not easy but with squash you never know. I am extremely proud of my team’s performance overall they are holding up pretty well compared to before. At the moment, New Caledonia is our strongest competition which we must beat for a chance to get gold," he said.

“We teams for our doubles for men, women, and mixed who are through to the semi-finals and after that it will determine our chances but I am very confident in our teams." 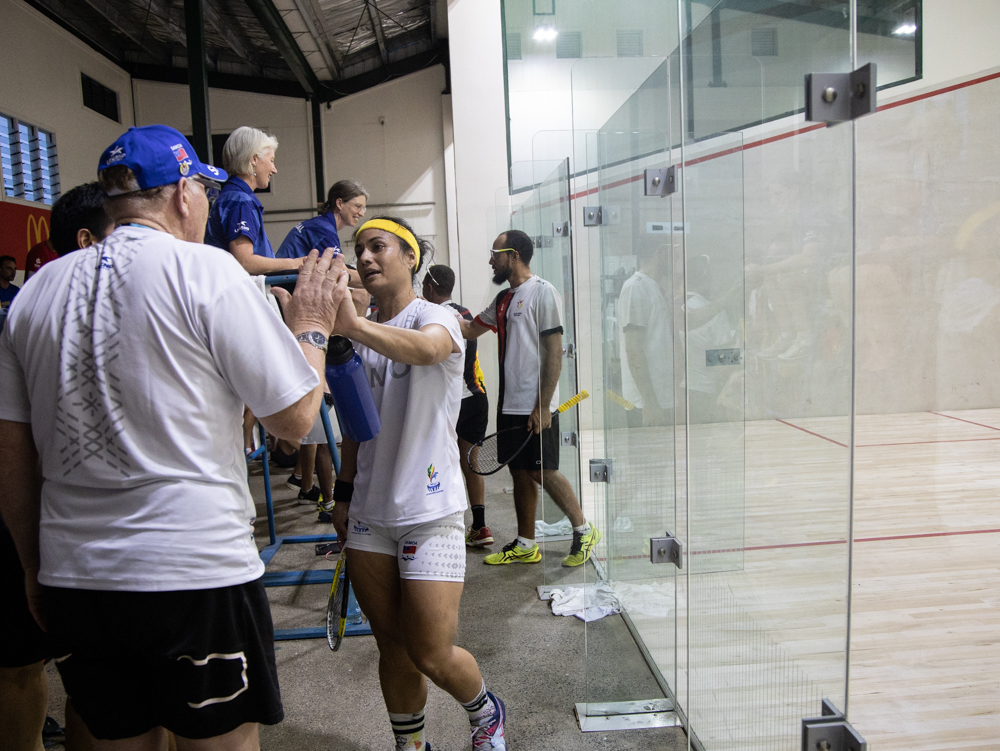 He said that Samoa men’s teams in the semi-finals will play against the number one seeds Friday morning which is New Caledonia.

“We had so many matches in one day but it’s not the end of the road yet, our players are holding on quite good and tomorrow is another day.”