Samoa's shooting team won bronze in the team event shotgun category in the second round of competition in the Pacific Games.

Samoa and New Caledonia competed in a shoot-off after drawing in the single barrel competition at the Tafaigata Shooting Range Thursday.

Leasi Galuvao, Paul Loibl and Franco Caffarelli fell from contention for silver in the first round to bronze in the second with total scores of 279.

Tahiti dominated the round with three representatives as well with total scores of 281 while New Caledonia got silver.

Samoa's shooting team said they will do their best in the final competition on Friday and strive to improve on their shooting experience.

Caffarelli, who is the youngest in the competition and the most competitive of the Samoan shooters, said he will aim for the gold on Friday. 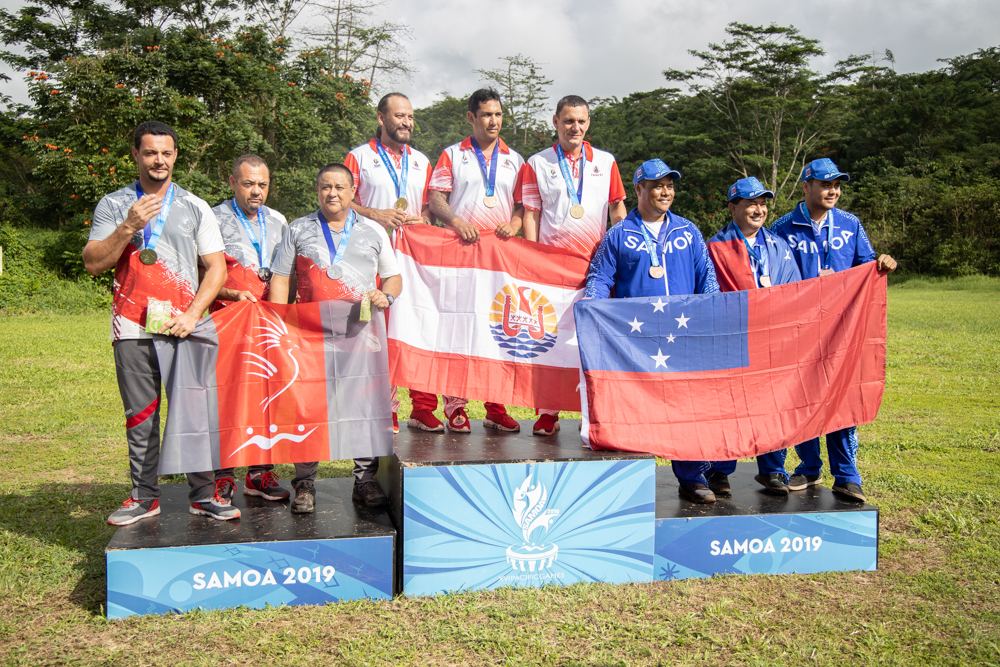