“I take this opportunity to say thank you to the people of Samoa, not only my family, my village, family back home." (Photo: Aufa'i Areta Areta)

Samoan middle-distance legend, Aunese Curreen's career came to an end on Thursday at Apia Park, where he re-wrote the history books with a triple-gold medal performance in the 2007 Pacific Games.

Curreen's 2019 Games campaign couldn't reach the same heights as he battled injury, with the 37-year-old pulling out of his final event, the 5000 metres, about halfway through the race. 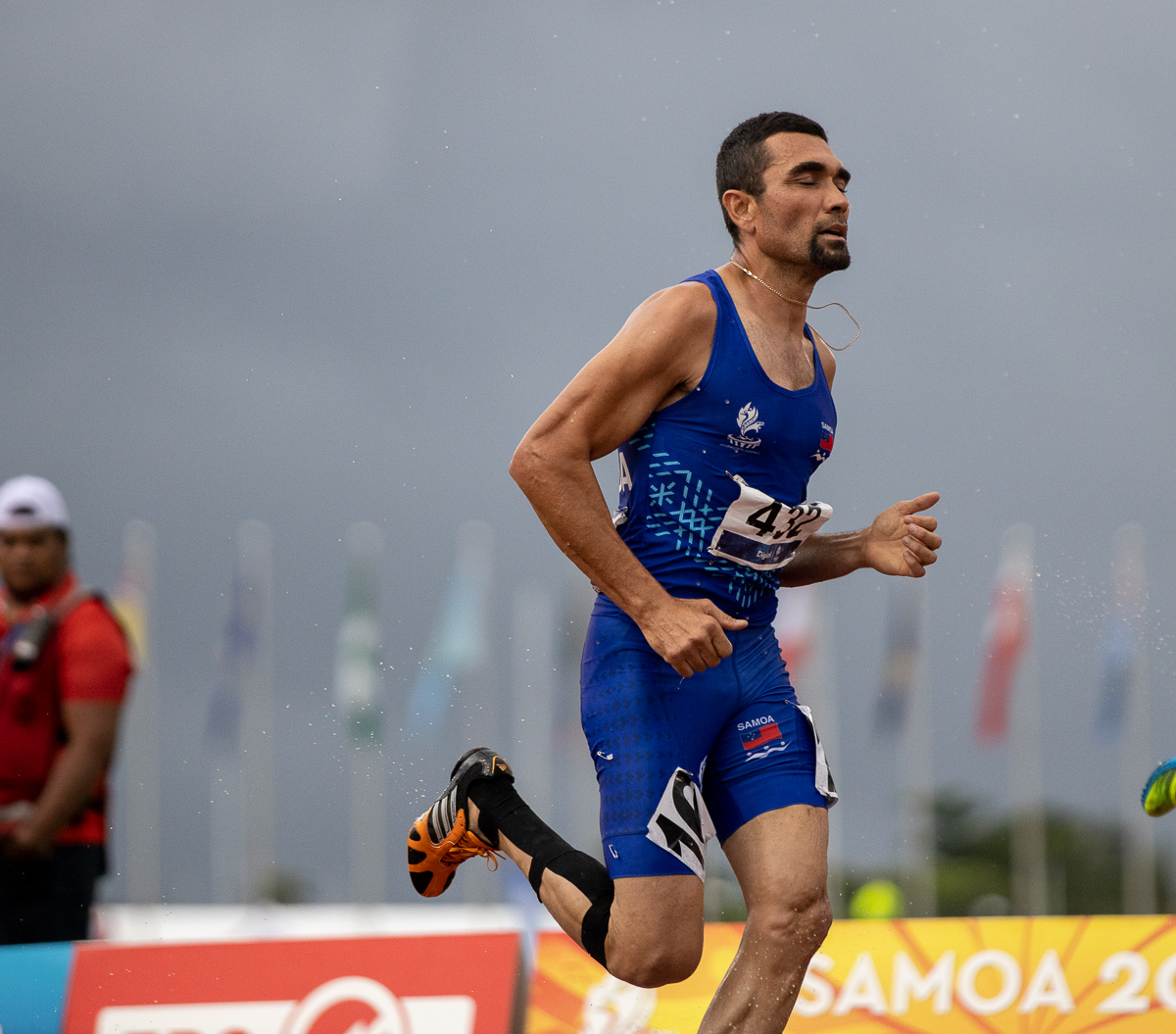 He was in third for the first few laps, but said the more he pushed the more pain he was under.

“My fitness level is really strong. I started the race thinking I would hang in there, starting making a move after six laps.

“But my calf didn’t give me a chance. If it was somewhere in my upper body it would be ok." 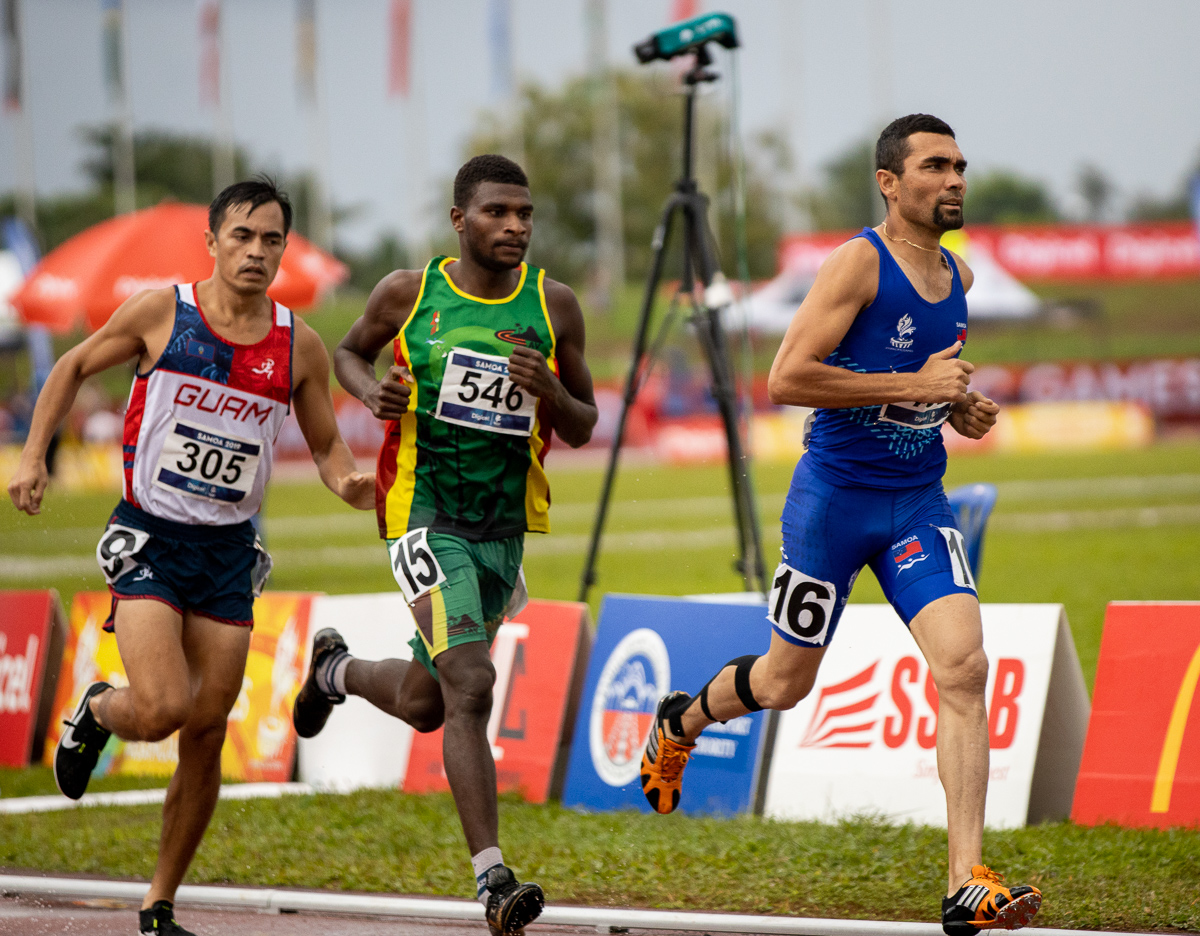 Curreen said he was really pleased with the crowd's reaction as he came off, and is glad to have come out of retirement for the Games.

“Never regret it, this is my decision to come back.

“I take this opportunity to say thank you to the people of Samoa, not only my family, my village, family back home.

“Thank God for the talent he gave me, representing my country and my family, he put me in a place I never thought I would be."

He apologised for not winning any medals.

“I know the expectations of the country.

“If there is a young athlete coming through, maybe it will be one of them winning a triple gold medal in a couple of years."

Curreen said it was the last time people would see him running. 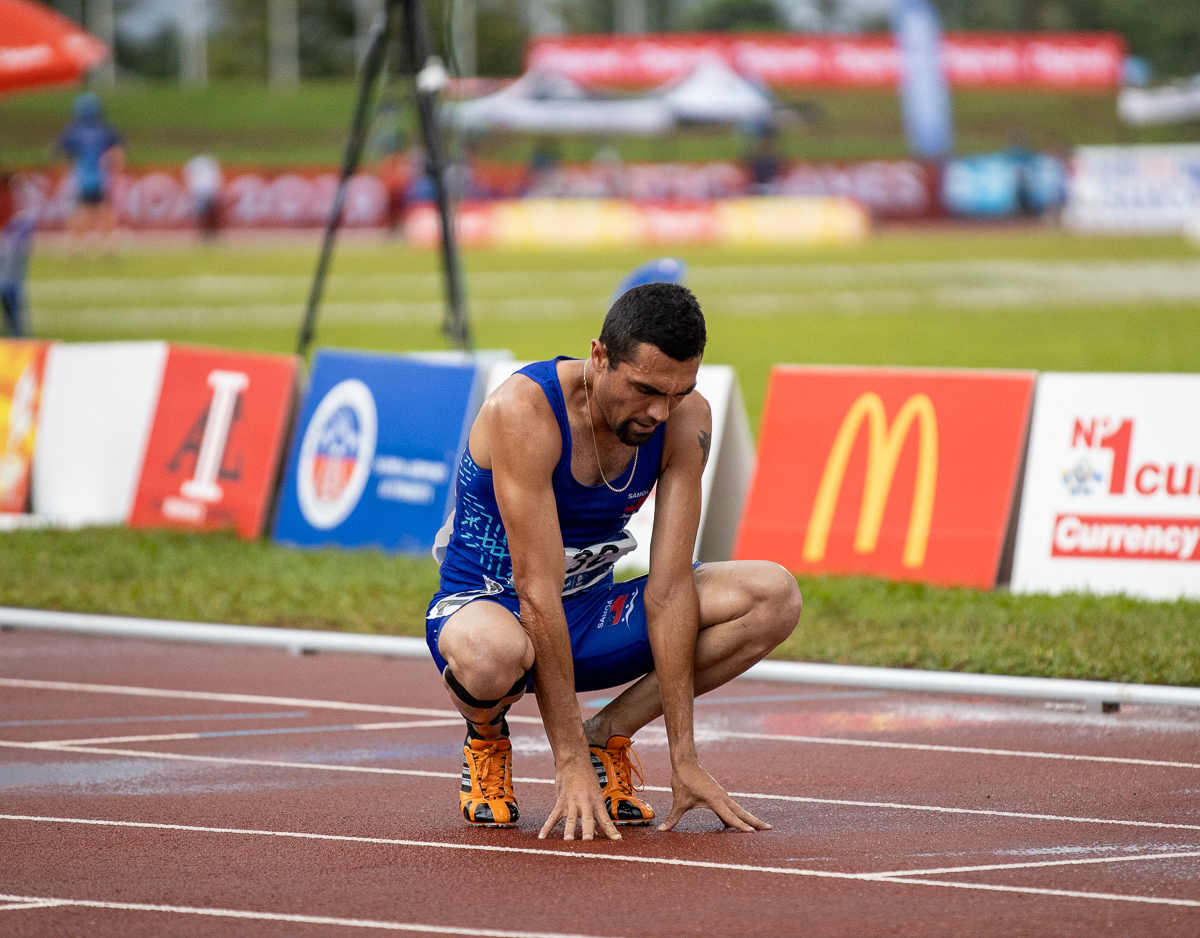 “I’m sad I didn’t finish the race, but I’ve got another priority; my family.

He said he was glad to make it back to the Games and give himself a chance to compete one last time.

“I’m really happy, even though I didn’t win a medal the support from my family, the people of Samoa not only here but overseas." 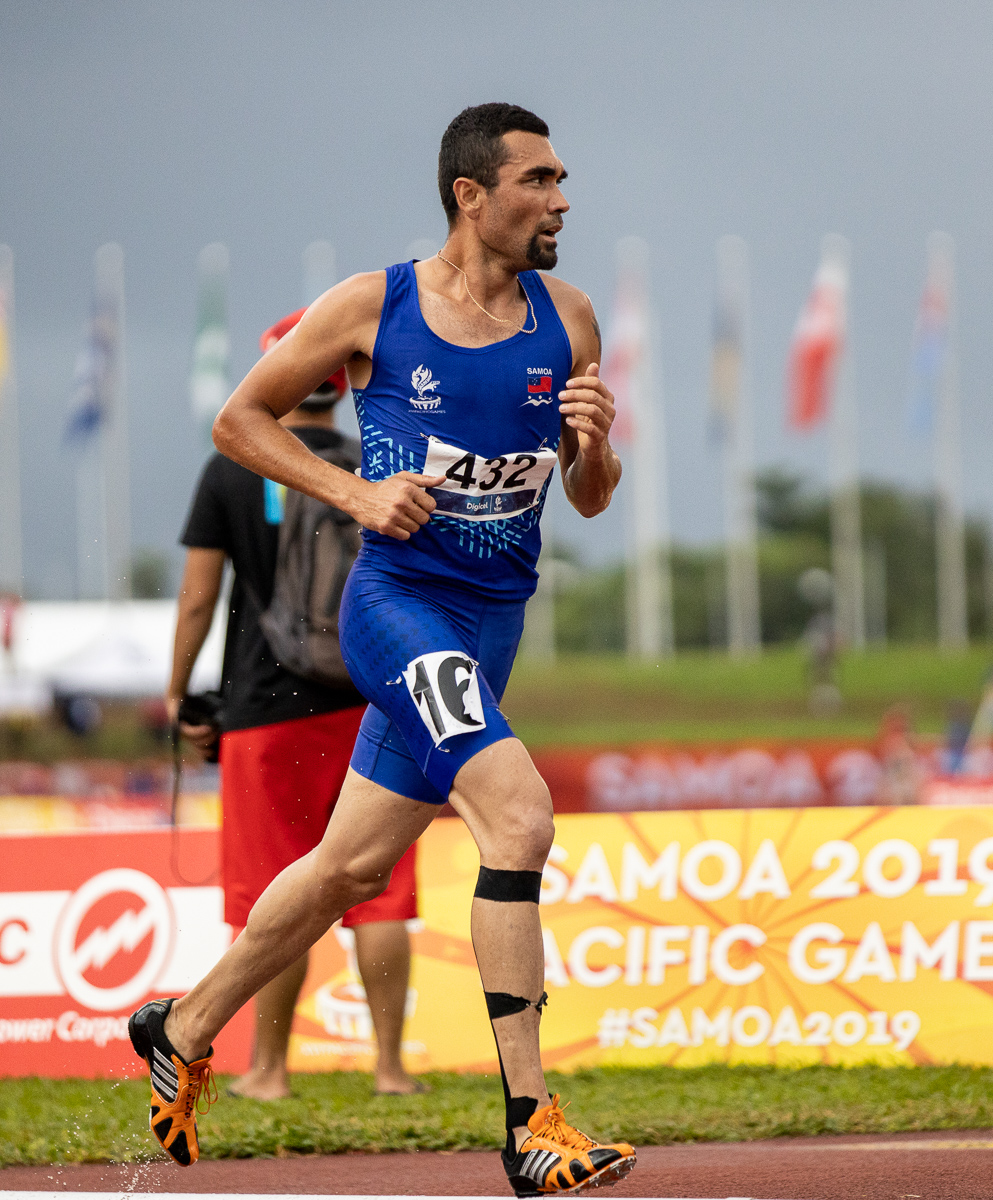