“It gives the crowd impact a better presence and it hypes up the players," Digicel head of marketing Agnes Fruean said, but they decided to pull them anyway. (Photo: Misiona Simo)
Climate Change

For some, the bright red thunder sticks and retractable ‘One in Spirit’ banners were a fun bonus for the opening ceremony of the XVI Pacific Games.

But it also created some problems.

Digicel Head of Marketing, Agnes Fruean, told the Samoa Observer that as soon as the opening ceremony began, and the resulting rubbish started collecting in the stands, she realised they may have been a mistake.

“That was a huge lesson for us," she said. "The opening ceremony, because we saw it ourselves. It provided very good hype for the crowd but we saw the aftermath, which was the plastic."

She said it was not until the ceremony that the team decided to pull the merchandise for the rest of the games, and from the closing ceremony too. They want to support the Greening of the Games initiative, Ms. Fruean said.

“We got some feedback as well on social media, which we also addressed. Our lesson is learned and we are not going to use them anymore.”

During the opening ceremony, people threw the merchandise on the  ground instead of in rubbish bins, so they can end up in landfill and not in waterways.

Ms. Fruean said probably amidst the excitement of the Games, people were less considerate about disposing of their rubbish.

The Digicel team spoke with the Pacific Games Office on whether to pull their merchandise give-aways from the rest of the games events. They decided they should, in order to prevent rubbish from spreading.

The Pacific Games Office committed to that decision, even when Digicel staff saw visiting athletes with their own thunder sticks at various sports.

“When we saw that we took it up with the Games Office and said listen, we understand the Greening of the Games but if you allow us can we propose we still use them,” said Ms. Fruean.

“It gives the crowd impact a better presence and it hypes up the players.”

She offered to the Pacific Games Office for Digicel staff to clean the venues of any merchandise waste, and planned to donate used thunder sticks to the women of the Nofotane Project who can use them to weave into bags.

“But they still came back and said no, so we understand, and we dropped it,” she said.

But there are “piles of boxes” which will be used for different events, after the Pacific Games. The staff have unwrapped all the fans, banners and thunder sticks from the crinkly plastic bags they were imported in, taking responsibility for at least some of the rubbish.

In the future, Digicel will be considering whether to import single use merchandise for sponsored events, she said.

“It’s a huge learning for us. If we are to be involved in any games in the future, this is probably one of the biggest learnings we have taken on board.” 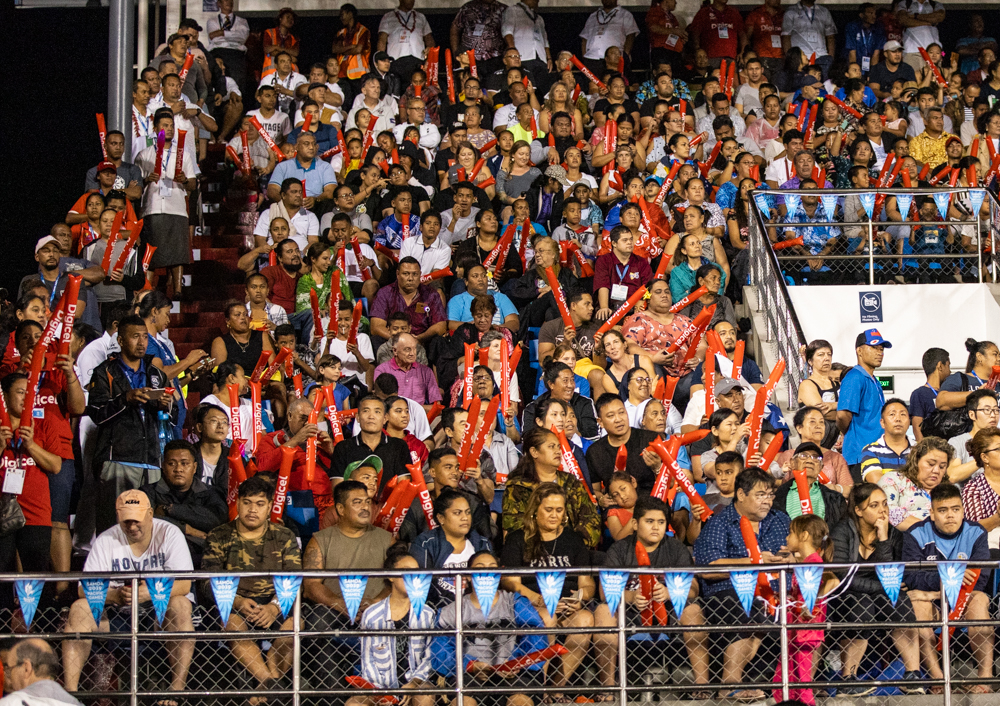