Samoan teen shoots his way to a gold medal in shooting

Nineteen-year-old Samoan Francis Junior Caffarelli has shot his way to a gold medal in the Pacific Games shooting competition.

Caffarelli competed in the double barrel-individual event in the shotgun category at the Tafaigata shooting range, and went head to head with Tahiti's Tuanua Degage, who scored the same points during the competition.

But Degage missed the target at the shoot-off, losing the gold to settle for silver with Glenn Kable from Fiji getting bronze.

Junior Caffarelli told the Samoa Observer in an interview that travelling to Samoa from Italy to participate in this year's edition of the Pacific Games was worth it, especially after attaining gold after strong competition. 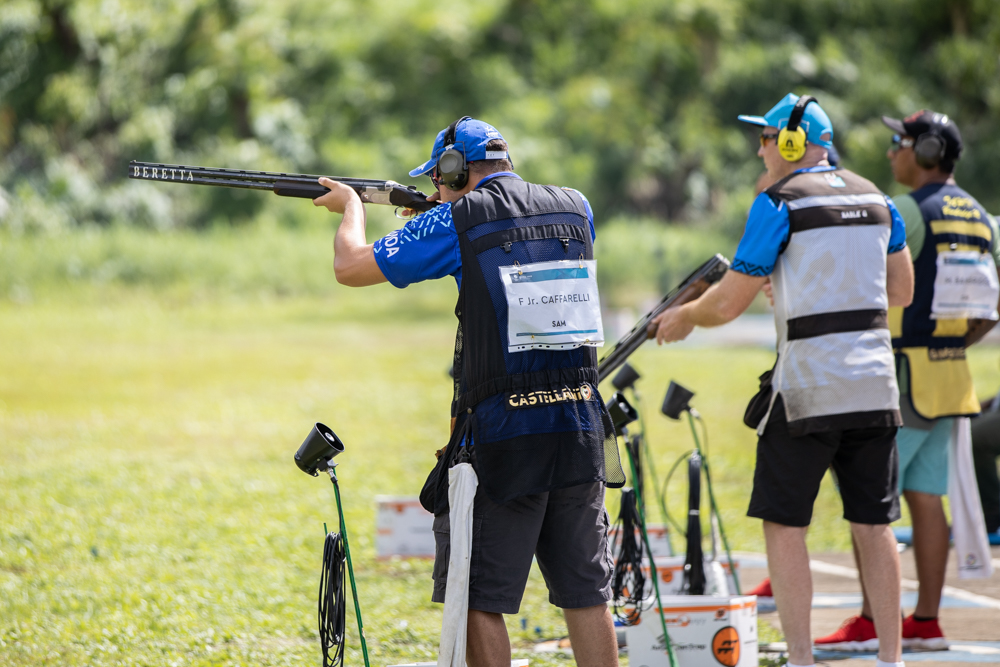 “Today’s game was great, was a good feeling when you hit all targets and you compete for number one and you win number one.

“Samoa is home and coming back from Italy just to give something back to Samoa is great and growing up here in our country is awesome," he said.

Junior Caffarelli is the youngest of all shooters in the tournament and is the son of the Samoa Shooting Federation president Papalii Francis Caffarelli. He is now Samoa’s top shooter twice in a row since 2017.

The Italian-based shooter said he did not feel out of place, being the youngest shooter in the tournament and he strives to beater older competitors.

“It’s not the first time to be the youngest player and it feels good. Every time I shoot, there are always older people and it gives me great encouragement to beat them, and show them that some kid beat them.”

But Senior Caffarelli said his son's participation would not have been possible without the intervention of Prime Minister Tuilaepa Dr. Sa'ilele Malielegaoi, who gave approval for underage athletes to compete in the 2019 Pacific Games.

“Franco is technically underage as far as the arms are holding onto that concern, but they have allowed us to have the junior shooters participate and this is the side of junior shooters that they can handle the pressure,” he said.

Papalii said every father would be proud to have their children performing and doing well at the Pacific Games level, but for his son a decision had to be made on whether he had to purchase his ticket to fly over. 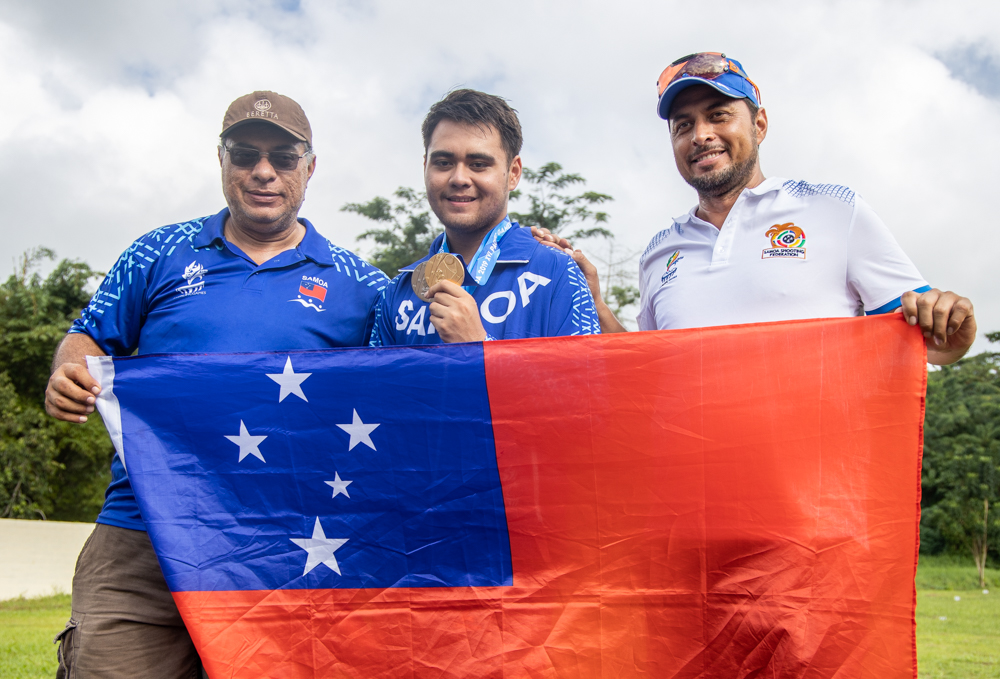 Coach Tagaloasa Toddy Iosefa said because of his confidence in Junior Caffarelli, he pulled himself out of the team so he could shoot instead.

“I always knew there would be something coming out from this kid, so I was confident that he should replace me in the team and represent Samoa and it was all worth it,” he said.

The medals were awarded by the Samoan Head of State, His Highness Tuimalealiifano Vaaletoa Sualauvi II at the medal ceremony.

Junior Caffarelli is now looking forward to two more competitions on Thursday and Friday in the shotgun shooting category.