Samoa’s women have the silver touch 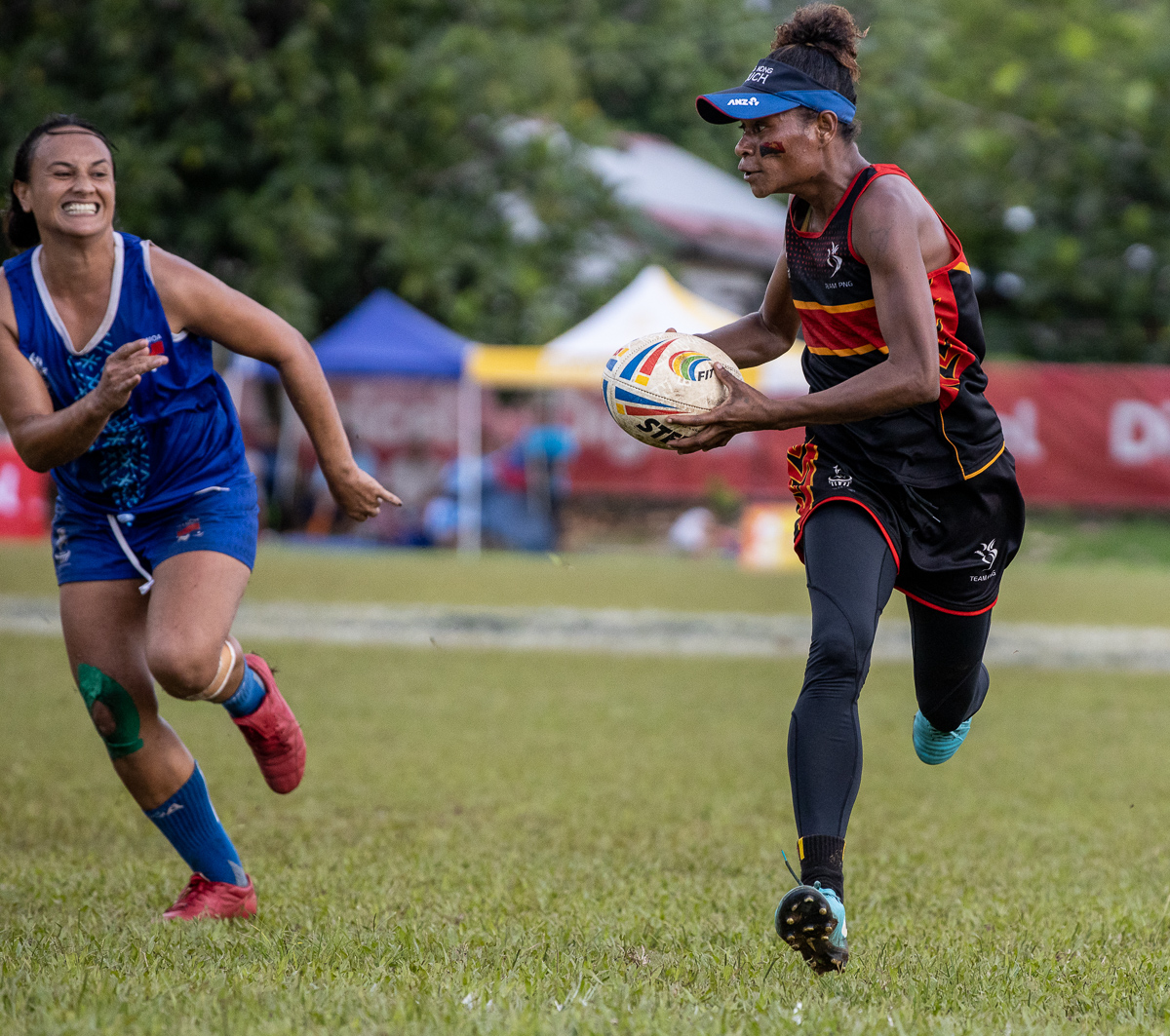 After a gruelling first half Samoa finally scored their four touchdowns in the second half, but Papua New Guinea was already five points ahead.

They would score another four by the end of the game, winning the gold medal 9-4 and leaving Samoa with silver.

Coach Geoff Hooper said he is extremely proud of the team.

“To get that close to a top six side is quite good, that pushes them closer to being a top ten side in the world,” he said.

“People were concerned that because we had lost games along the way that we mightn’t make it, and we tried to explain it was a process.

“I asked the girls to give us more minutes of being good and they delivered.”

It was a tough game, with Papua New Guinea unrelenting on their half of the pitch.

Hooper said the team lacked confidence in the first half to throw the ball around enough to defend against P.N.G.

It is hard to be bold in the final matches, he said.

“We said to them, to beat P.N.G you have to be brave and shift the ball because that’s the way PNG defend.

“When we tried it and it didn’t quite work, they dropped it, they start to lose confidence and say they don’t want to do it again.

“Halftime was all about saying go back, be brave, throw the ball around. And they did. PNG scored early, and then we said right, let’s do it,” said Hooper. 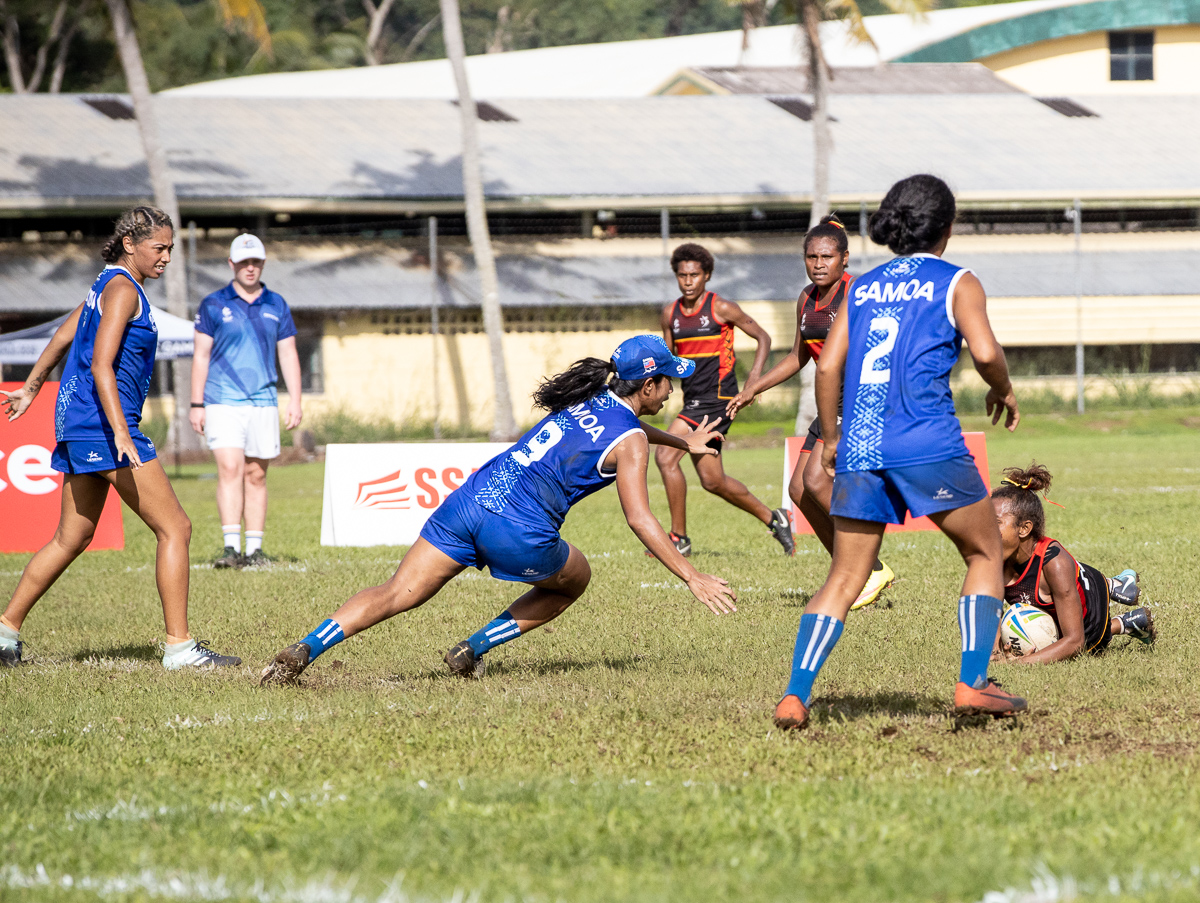 Captain Lote Lima said she can sense the disappointment in her team but knows making it to the semi-finals against Papua New Guinea, ranked sixth in the world, is an achievement.

“Ever since we started, since the World Cup, we have gone through so much, sacrificing time with our families to train, finances to get where we had to go.

“I am proud of them; they really gave everything out there in this last game.”

Lima said the team treated their semi final against the Cook Islands like it was their last to give it their all, and reset to focus on the more experienced Papua New Guinea side.

“The better team won… but I have to give everything to my girls, I am so proud of them.”

Lima said with so many young women in the team, the future of touch rugby in Samoa looks bright.

“I think this has been a great experience for them.”

The team won’t be kicking back yet, with the mixed touch tournament beginning early Thursday morning. Many of the women are hoping to make the squad, which has more women than men.

It means a shot at the gold after all, Lima said.

“Going forward, I think with touch right now, we are looking to develop.

“All these girls are leaders, and it is good to build up the young ones. So we keep building and look forward to the next Pacific Games, and the next World Cup.”

The mixed division begins Thursday morning at 8:30am, with Samoa against Fiji. They play the Solomon Islands at 12:40pm and Tonga and 5:40pm. 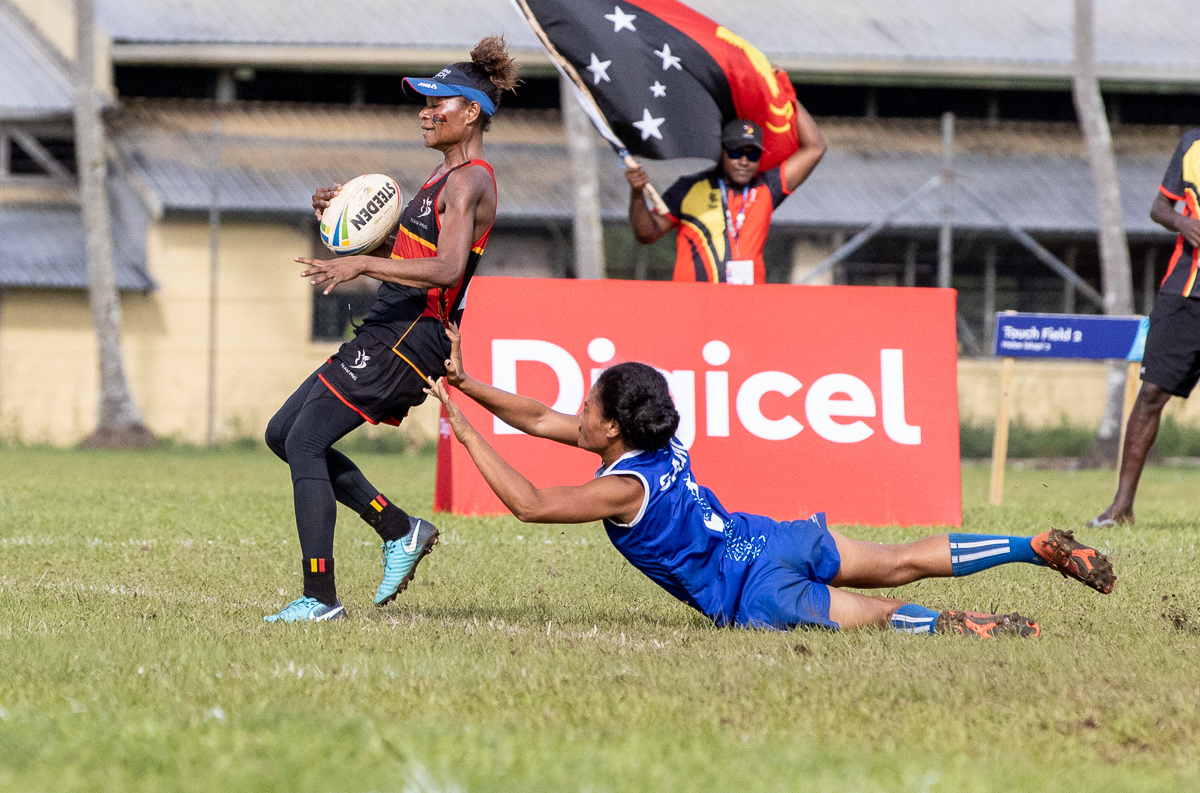