Samoa will play Papua New Guinea for the gold medal this afternoon at 4:00pm, after a tight final pool game and a ripper semi-final against the Cook Islands.

It will be a chance to defend their name after narrowly losing to Papua New Guinea 9-8 in their last pool game in the morning.

In their semi-final against the Cook Islands, they tied in the last minutes on 11 all, and the game went to extra time. They dropped to four players each after no one scored with just five, when Samoa took out the final goal with a burst to the touchdown line, winning the game 12-11. 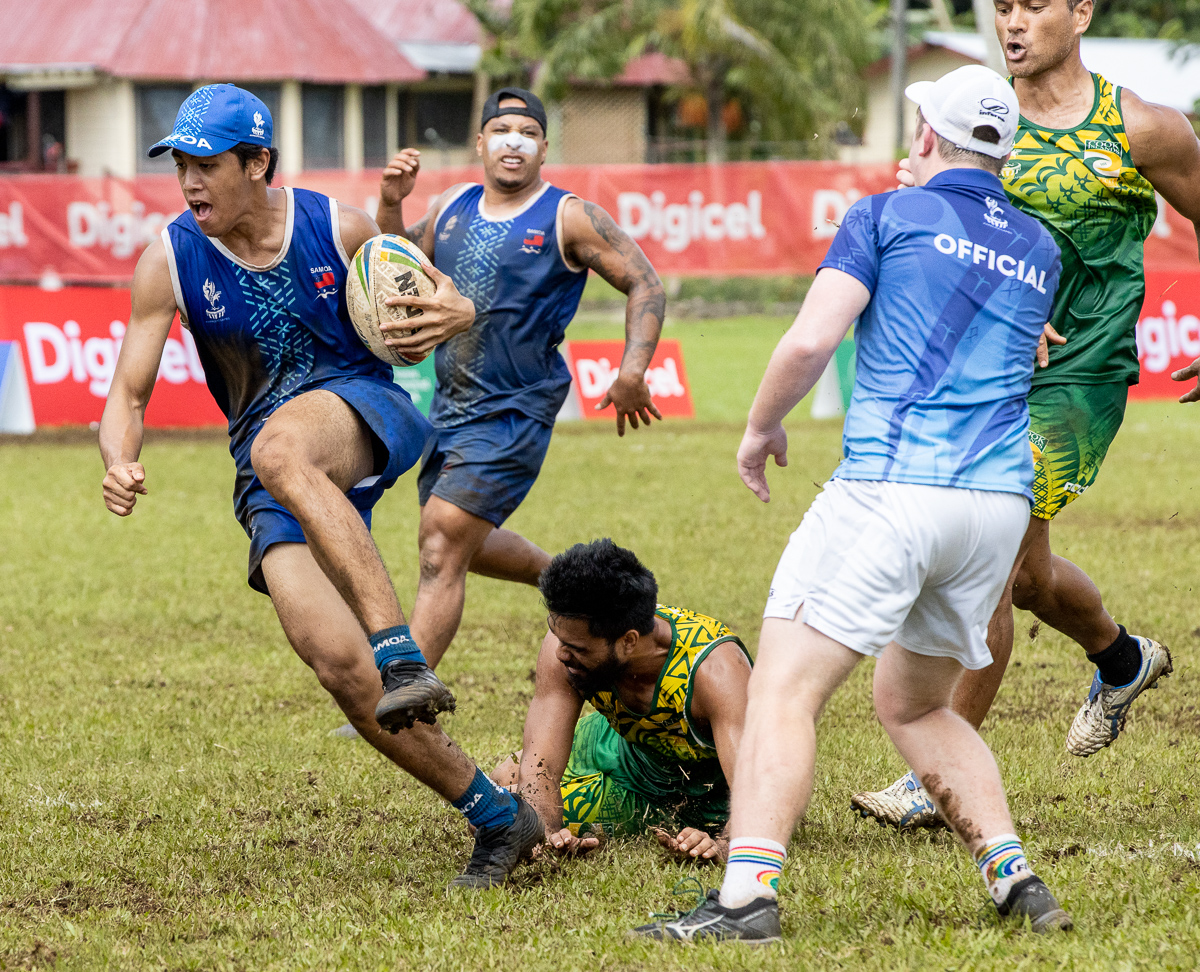 Coach Peter Shefford said Samoa won by heart and determination rather than their set plays or structure.

“It came down to belief. They had a three-point lead at one point, well we’ve been down three points before we can come back. We just had to keep chipping away,” he said.

“The Cooks ran a lot of very good structured set plays and scored from them, we scored from some set plays, but more just everyone having a dig.”

Injured players Michael Rasmussen and Peter Hazelman returned to the field today, which helped in the semi-finals and should be a boost against Papua New Guinea.

Shefford said the Cook Island are a better team than Papua New Guinea in touch even though the latter have speed on their side. 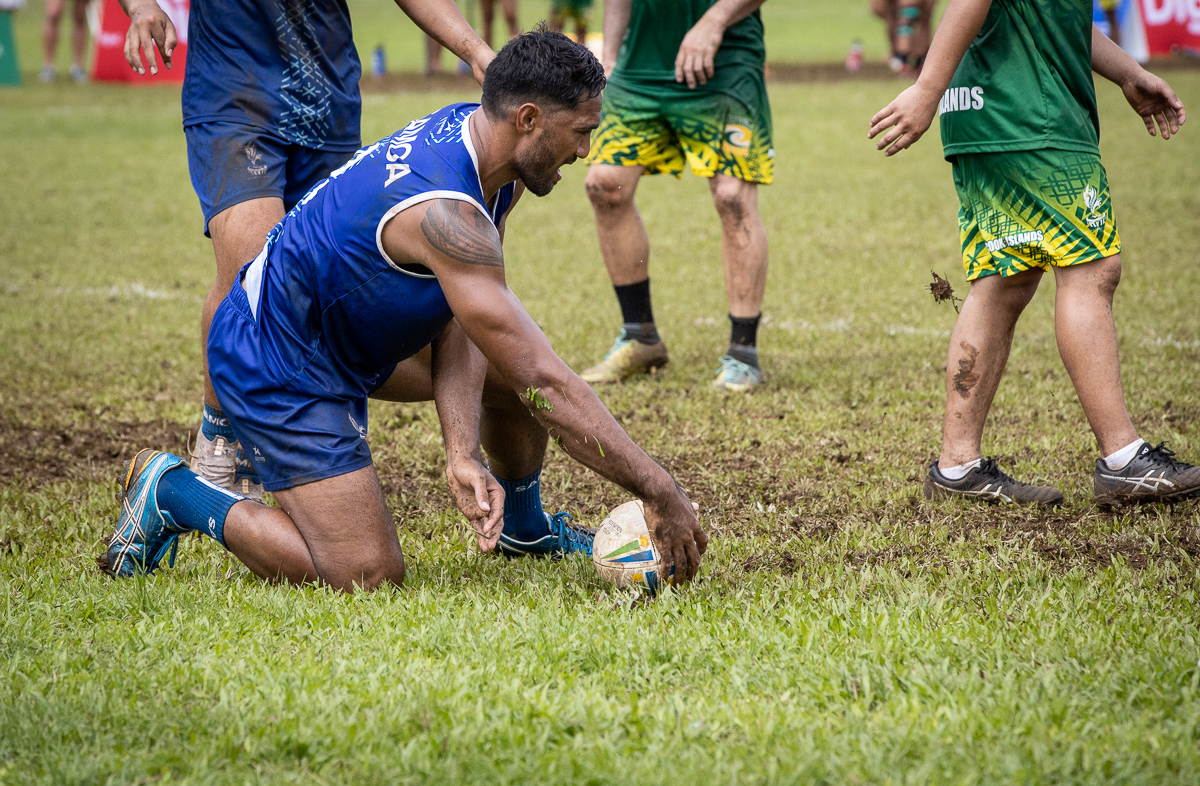 Samoa scored five times in the second half and six in the second, before making that crucial touchdown in extra time.

Eteuati Togiatoamai and Gregory Hazelman scored three times each, with five other teammates bringing in the rest.

Shefford thought they might have scored in the first drop-off to five players but it took the their second go to finally touchdown and win the game.

The game against Papua New Guinea was tight the whole way through, with teams tied for points in the second half 4-4. But they were a point behind in the first half and couldn’t make up the difference. 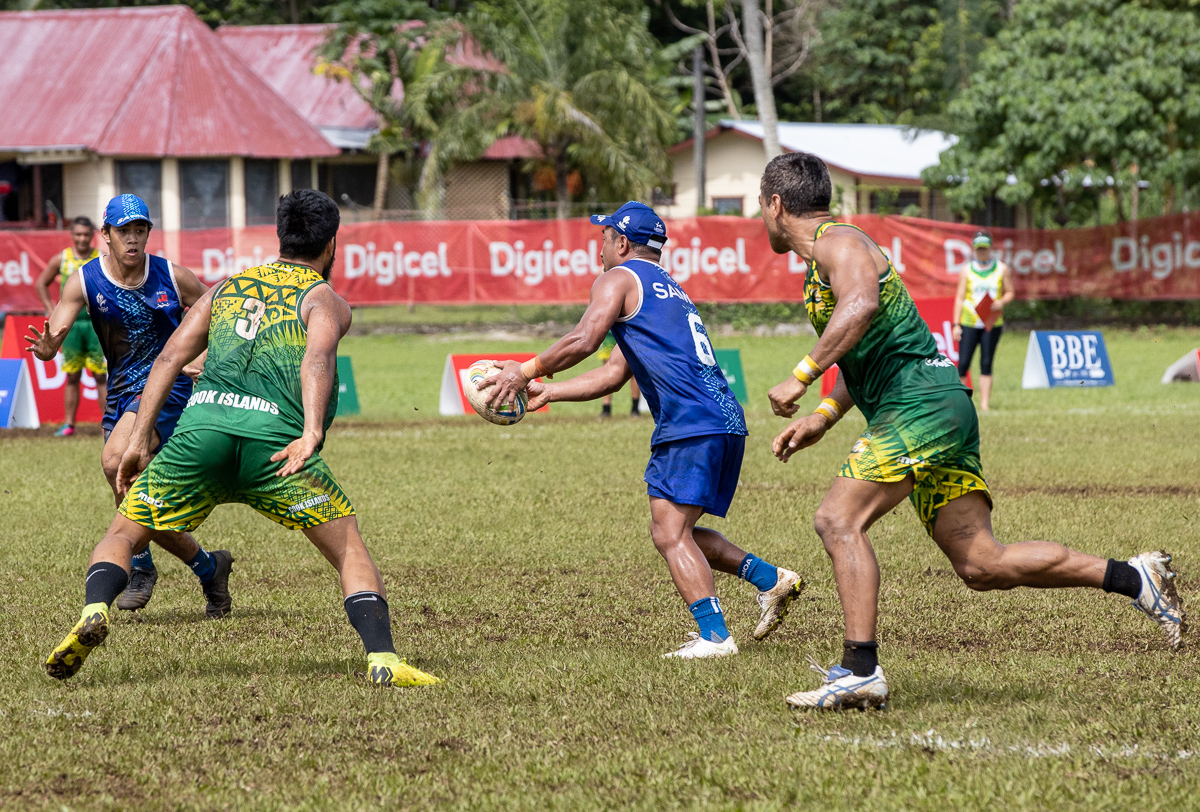 Coach Shefford said it was the fastest game they had played the whole competition.

“We had a tight first half, 5-4 at half time so we were nearly one for one, and the second half came out and we made a couple of defensive lapses and [Papua New Guinea] capitalised on that.

“But we are confident if we play like that, we can take gold – there was nothing they threw at us that that we thought wow, how do we stop that.”

Fiji and the Cook Islands will play for the bronze 2:20pm at St Joseph’s College in Alafua. 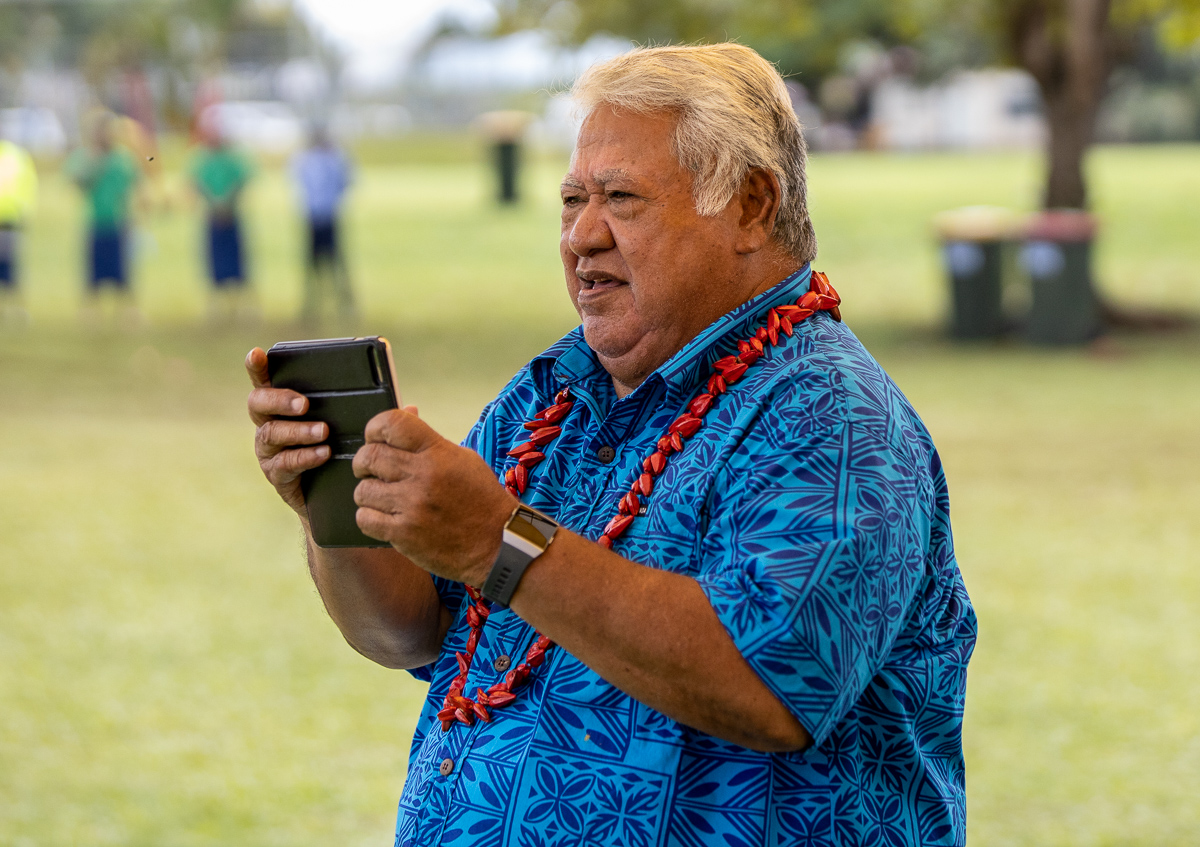