The crowds came out in their numbers to support Samoa’s women’s touch rugby team take on the Cook Islands for a shot at the gold medal, and Samoa delivered.

They were swift on their feet and came away with a 5-3 win against the Cook Islands, securing a spot in the finals against Papua New Guinea who defeated Fiji earlier in the morning 10-6.

Finals kick off at 3:10pm, after Fiji and the Cook Islands play for bronze at 1:30pm. 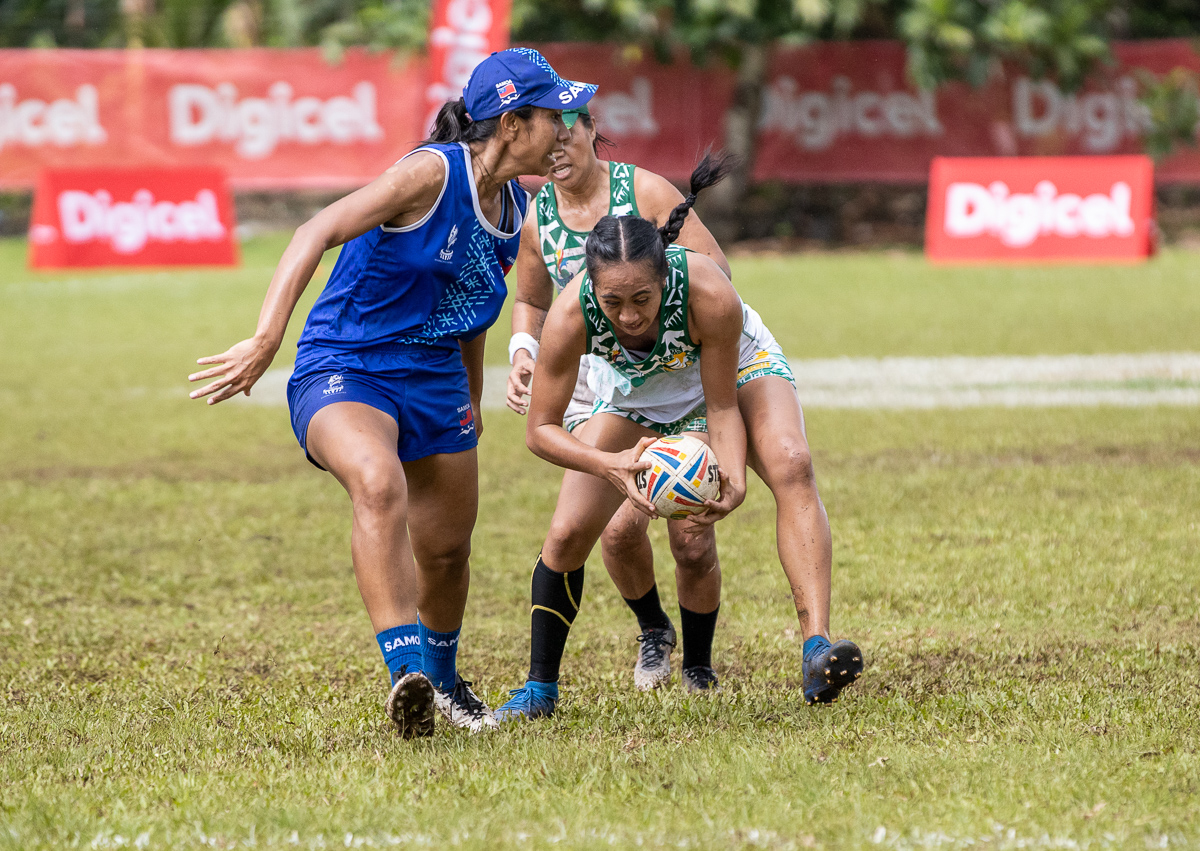 “The last bit was pure heart to Samoa really, that’s all that was,” he said.

“It’s really good to see the crowd out.”

Hooper said they managed to control the play for the full 40 minutes, even though the last 10 minutes weren’t as strong.

“But we were able to get the ball, get it to the middle and keep attacking them,” he said.

“The Cook Islands couldn’t get on the line in the first half, we kept them pinned in their own area and they couldn’t take any chances.

“In the second half they did really well, they fixed up their rucking and came at us really well to the line a bit more and we had to defend a lot harder.” 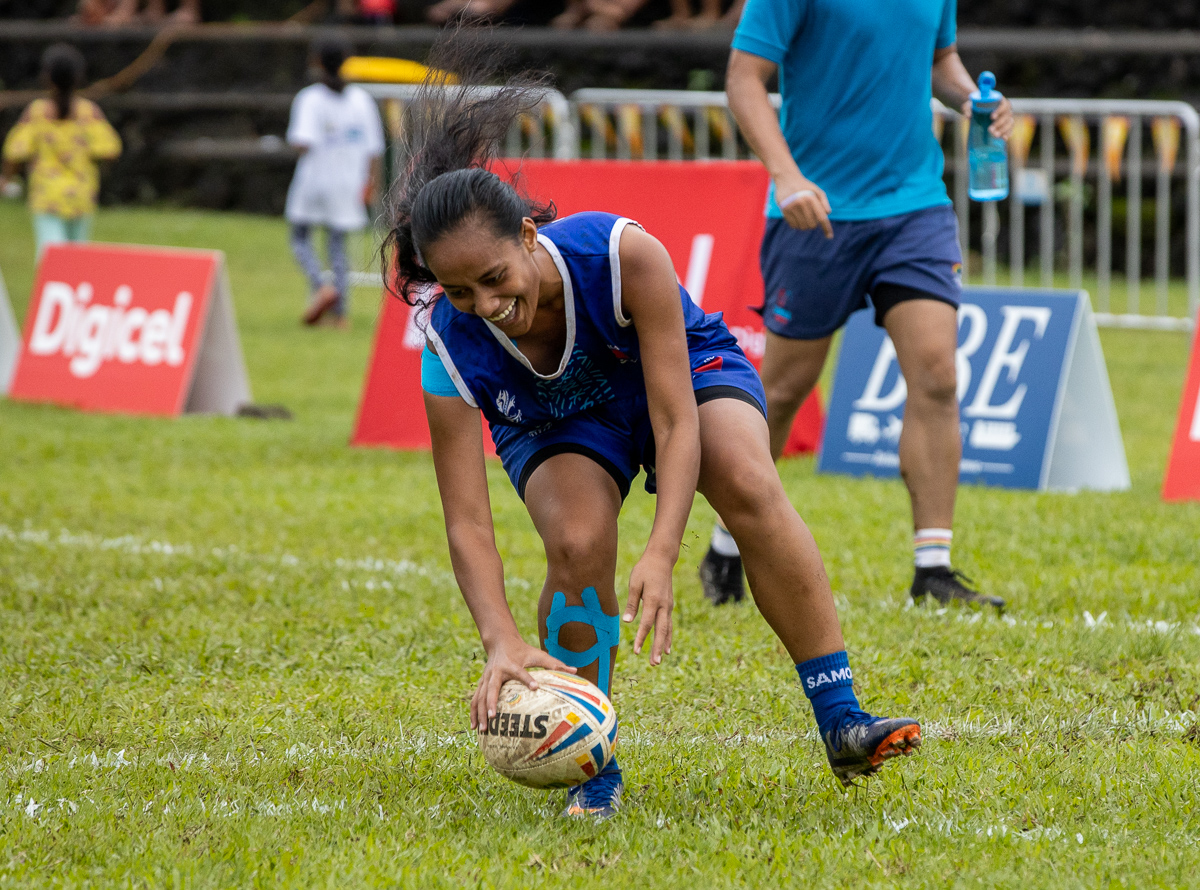 Against Papua New Guinea this afternoon the team will have to adjust a lot, including grabbing opportunities to run at their opposition from halfway up the field.

After the World Cup in Malaysia, the regional teams know that Samoa is unstoppable from the 5th touch platform, Hooper said.

“It’s great because when I first got here, the one thing our girls couldn’t do is run from half.

“It’s one of those things they have learned and become better at it.” 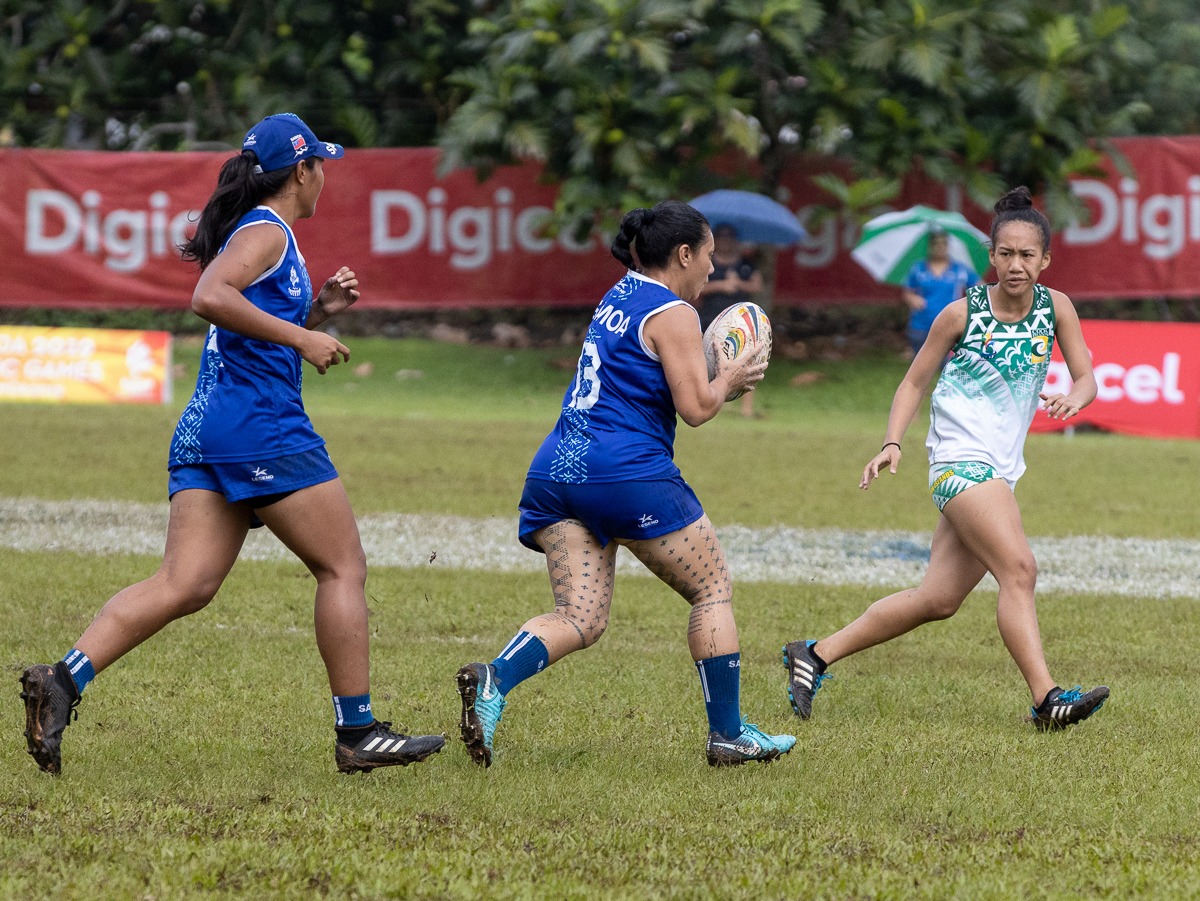