Samoa’s men and women’s volleyball team have both secured a place in the quarterfinals of the Pacific Games at the National University of Samoa.

It was a full house at the university’s gymnasium Tuesday night with people turning out in numbers to support the national team.

The men’s team won against a strong Papua New Guinea side 3-1 to book their quarterfinal match against Tuvalu. 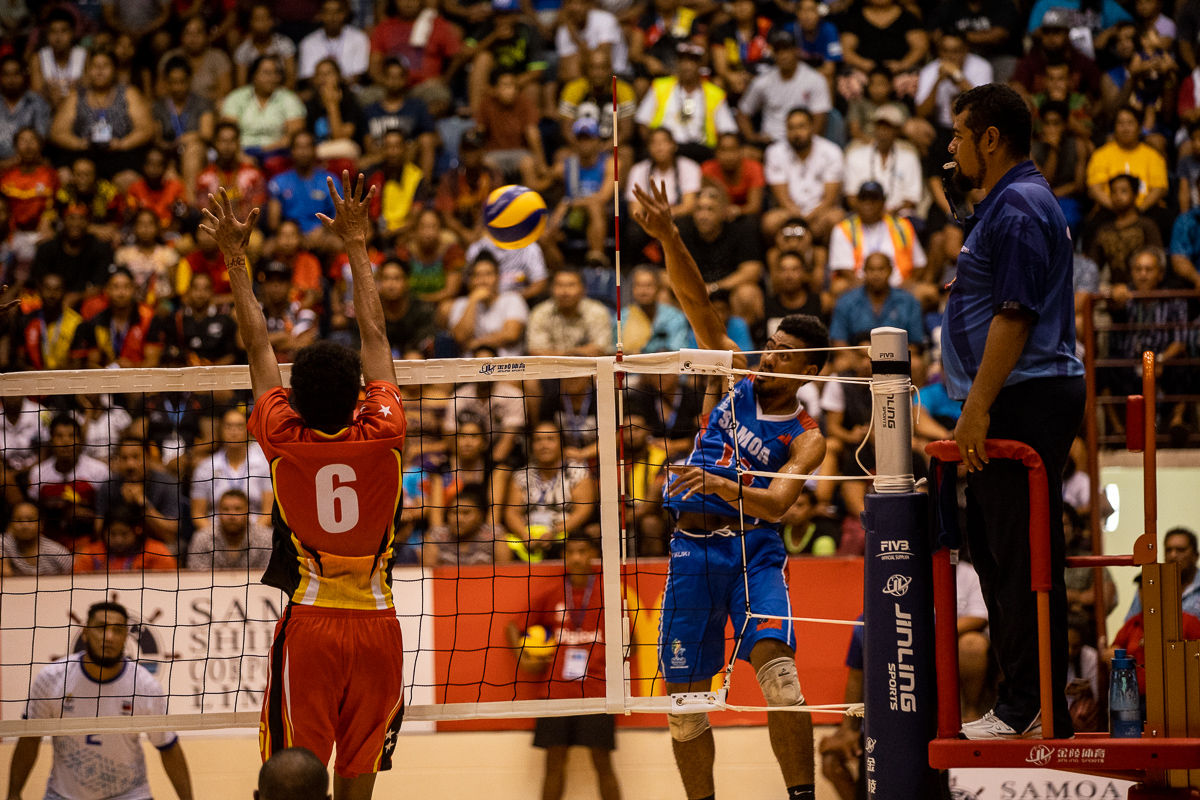 “There were four sets, we won three, they (P.N.G.) won one,” said the coach Tuilaepa Taliga.

“It was a very hard game, we knew Papua New Guinea will bring the best tonight (last night) because this is where we know we will finalise the team for the quarterfinals, so lucky that we made it.”

Tuilaepa said they won all their pool matches and is the first time for Samoa to reach the quarterfinals undefeated.

“We played Guam, American Samoa, Kiribati and now P.N.G. The players from overseas came here twice last year to train with the local players and it’s really hard to ensure the commitment from the guys to make sure we don’t fall out from the pool games.

“There are 14 players, eight local and six overseas players, but they were born and bred in Samoa.

“Everybody is struggling as the tournament has been very long and the body is tired and it starts to feel not just the heat, but the heat from the opposition.” 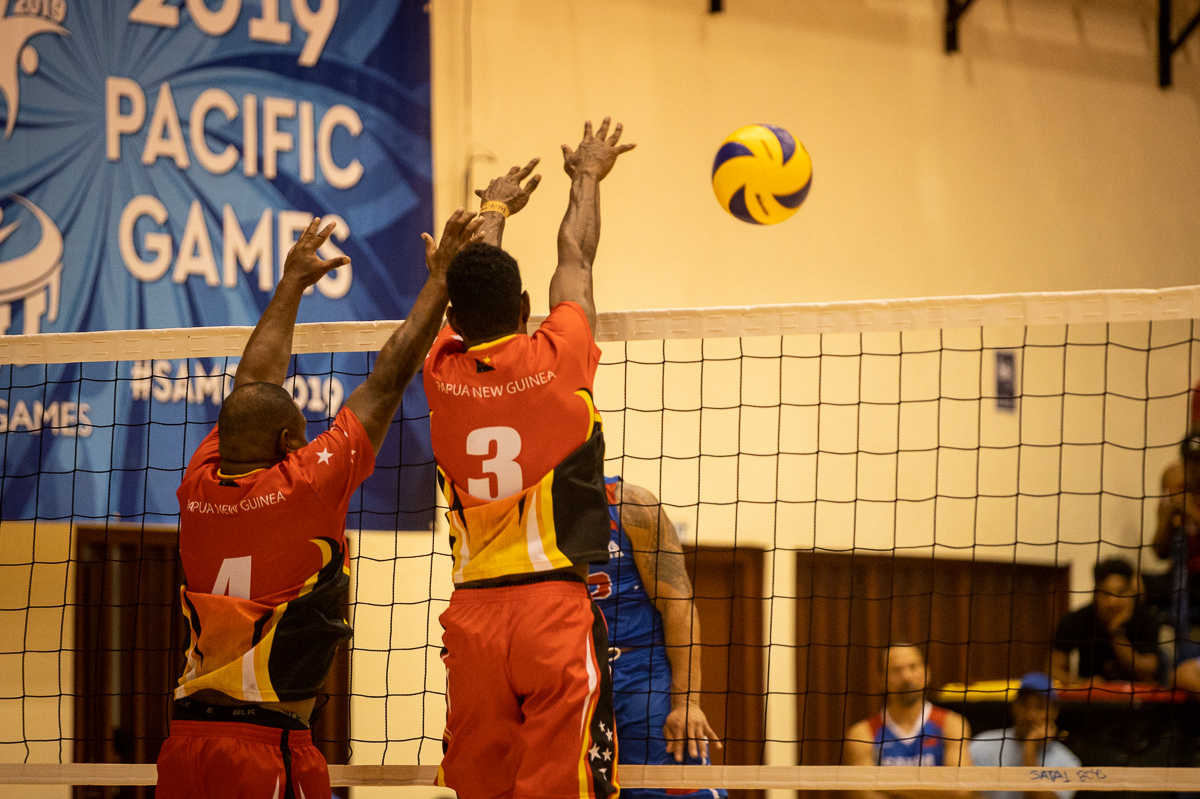 Asked if he anticipates for the team to secure gold, he said: “We will just take one game at a time because we have Tahiti, Wallis and Futuna, the champion before us.

“And also never before has Samoa won in their pool games, we’ve always lost and this is the first time for us to go into the quarterfinals, it’s normally Tahiti, Wallis Futuna and New Caledonia, that’s why there’s a lot of emotions because we need to pass the pool games.”

Women’s coach, Tauagali Pritchard said they have been working really hard to reach this far in the competition.

They won against Guam 3-0, and will meet New Caledonia, who topped Pool B. 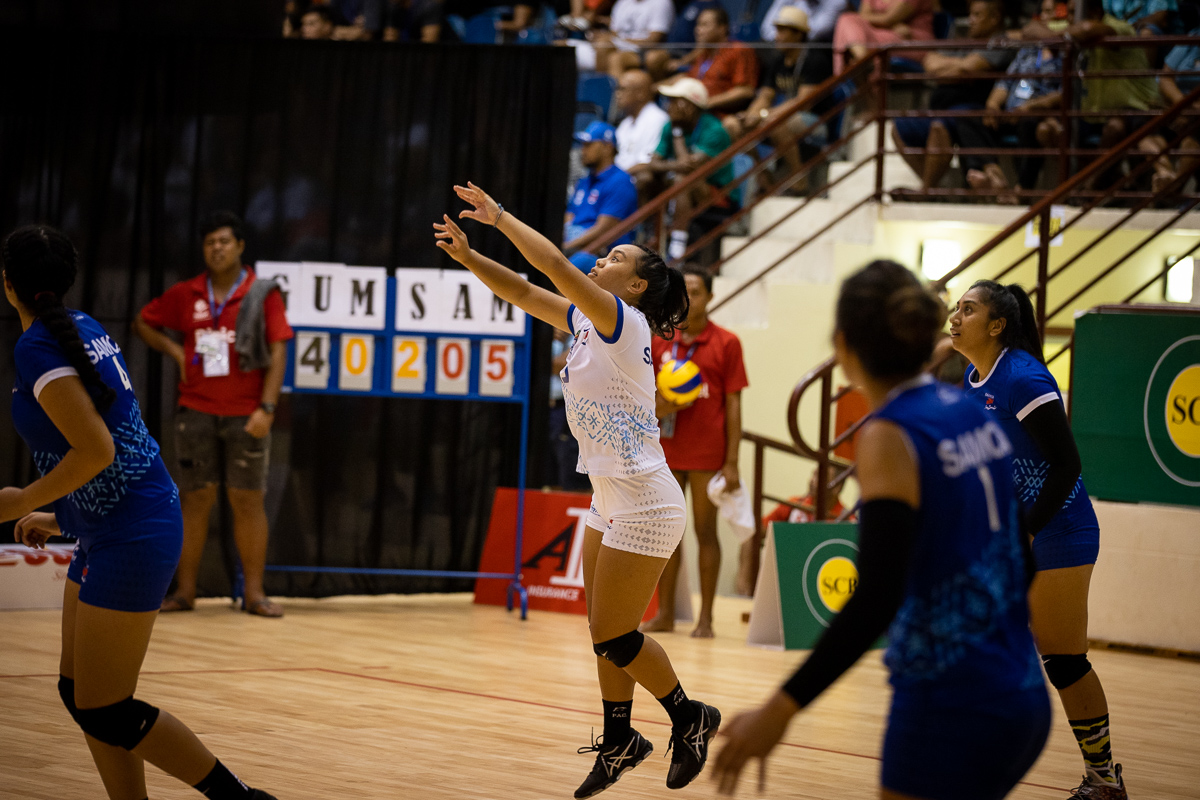 Both coaches commended the supporters for coming out in force to support team Samoa.

“Supporters have been very good these past few nights, as you can see volleyball is popular in villages starting from the airport to Apia and in a village there would be three-four nets,” Tauagali said.