Silver joy for Samoa at Taekwondo

It wasn’t a golden day for the Taekwondo Federation Samoa at the taekwondo men’s division competition yesterday.

Kaino Thomsen Fuataga held the hopes of claiming gold but had to settle for silver with Australian, Alan Salek, winning with a score of 25-22 in the final of the heavy weight division.

The Olympian had knocked out Fiji’s Pranit Kumar in the second round of the heavyweight match to book his spot in the final against Alan. 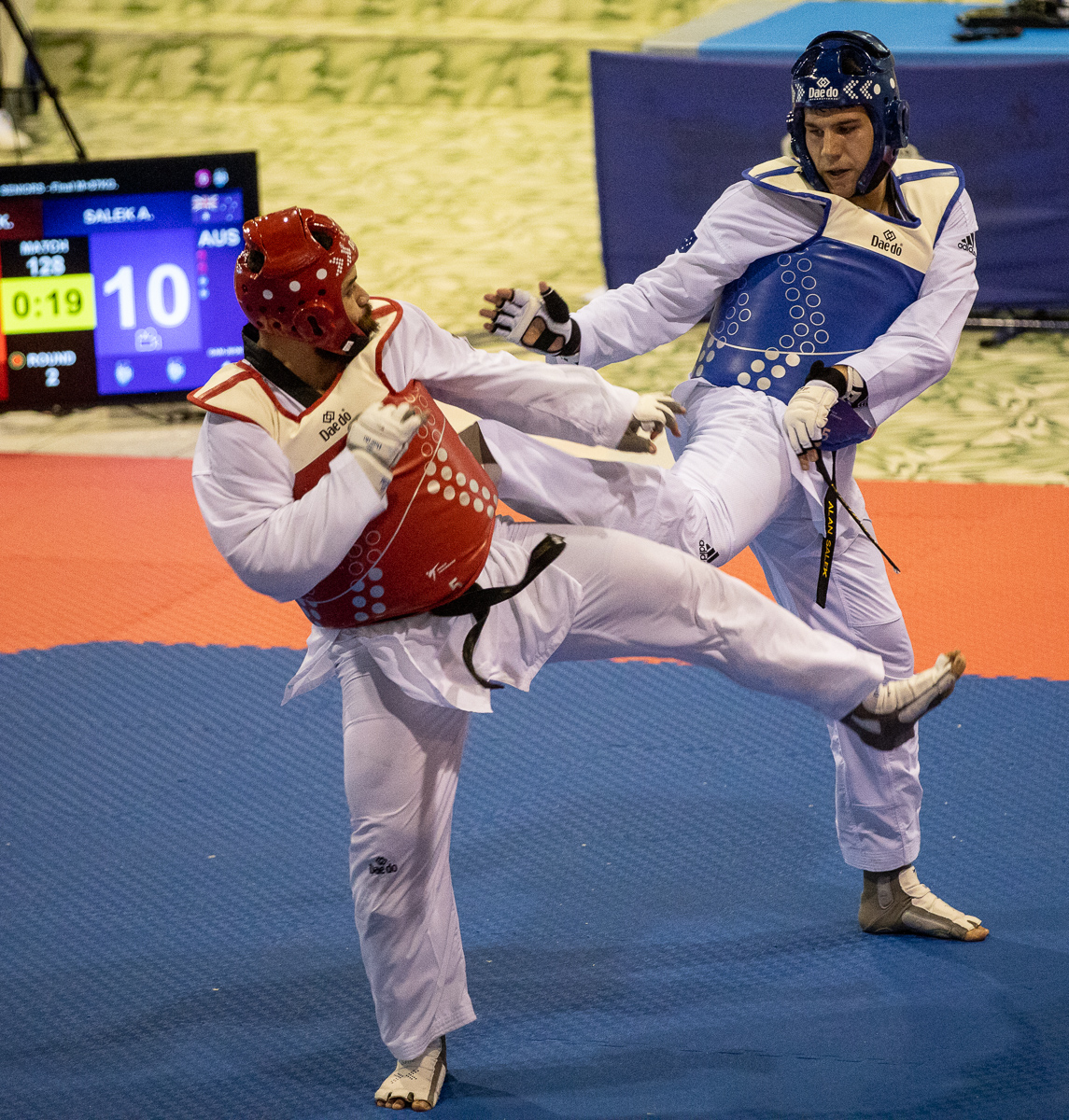 “It was a tough fight. Australia did well and the better man won,” Kaino said.

“I just returned from eight years retirement and this is my second proper tournament since returning.”

“I was devastated when I lost thought that fight. But thank you to all the supporters, family, friends, my girlfriend Stephie who plays tennis, she’s been a big supporter for me as well.”

Kaino said this is he will keep on working to represent his country, and if time allows be part of the next Pacific Games. 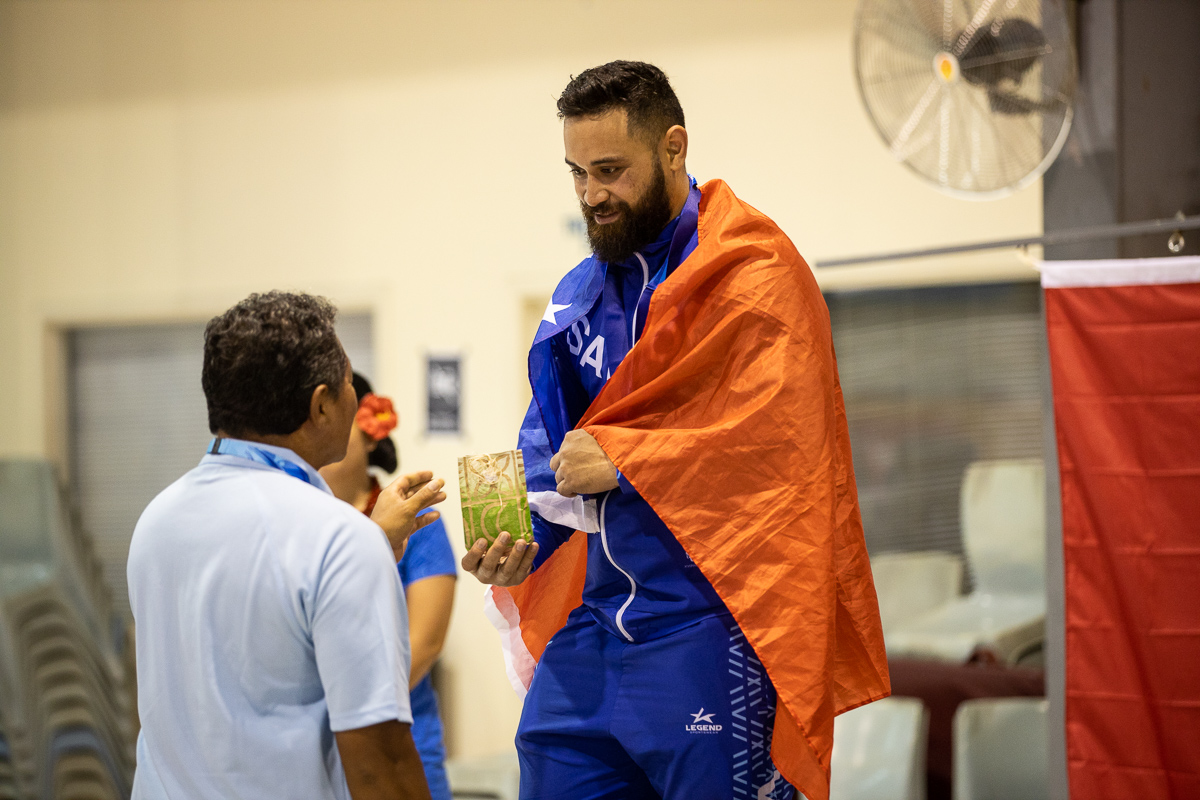 Taekwondo Federation President, Muagututagata Peter Ah Him, said he is very pleased with the team’s effort, and also sad that they did not get the gold.

“I am disappointed for Kaino and for the team because we needed that gold to boost the team, but silver is okay,” said a very emotional Muagututagata.

“I am very grateful for the support from the local fans. The boys have done really well. I think I counted my chickens too early, at the last seconds of the match I thought that we had won.”

Aisomua Saili and Paul Franklin Raki lost their match in the lightweight division earlier on in the day and did not progress through to the finals.