Speaking to the Samoa Observer, the Soonalole brothers said that they were introduced to playing tennis at a young age through their parents, Moasina nd Dr. Lefau Moana Soonalole who were their first coaches.

Leon stated that their parents are happy and proud of them continuing to play tennis up till now.

“They always advise us if we still love tennis continue playing for our country and especially help out the younger generations develop the game.

“There is a great future for tennis in Samoa if we get the younger ones to continue to stay in the game and train.

“Tennis Samoa has a junior programme where the juniors have the chance to travel overseas playing other juniors around the pacific,” he added.

The 34-year-old from Alamagoto said that one of the difficulties faced by tennis players in Samoa is the lack of tournament exposure due to financial difficulties.

“It is because of the expensive costs that are required to travel overseas and play in tournaments, but every time we are given the chance to go to our neighbouring islands like Fiji to play, we use the experience wisely.

“For any tennis player, fitness is something we must always work on because we usually play back to back matches and we have to be physically fit –watch our diet, have a lot of rest, and just be mentally prepared.

“But my motivation is my parents - I have the passion for tennis because I have so much pride in representing my country – it is an honor for me to rep Samoa,” he added.

He said that playing in this year’s Pacific Games was going to be last time representing but Samoa but after playing he changed his mind.

“This is my eighth time representing Samoa and I want to continue with the hope to win a medal,” he added.

Marvin said that Tennis was a hobby for him when he grew up, but tennis is a sport that teaches him life lesson’s because it’s all about discipline and the right attitude.

“As you can see we have been playing long matches and it requires a lot of consistency and perseverance.

“This is my sixth time representing Samoa but I first represented Samoa in 2003 when I was only 15-years-old in Fiji and also played during the 2007 Pacific Games in Samoa,” he said.

The 32-year-old father of two said that playing in Samoa has put him under a lot of pressure.

“It is because of the expectations are high from the home crowd even though it does feel great to have support but at the same time you are reminded not to lose. 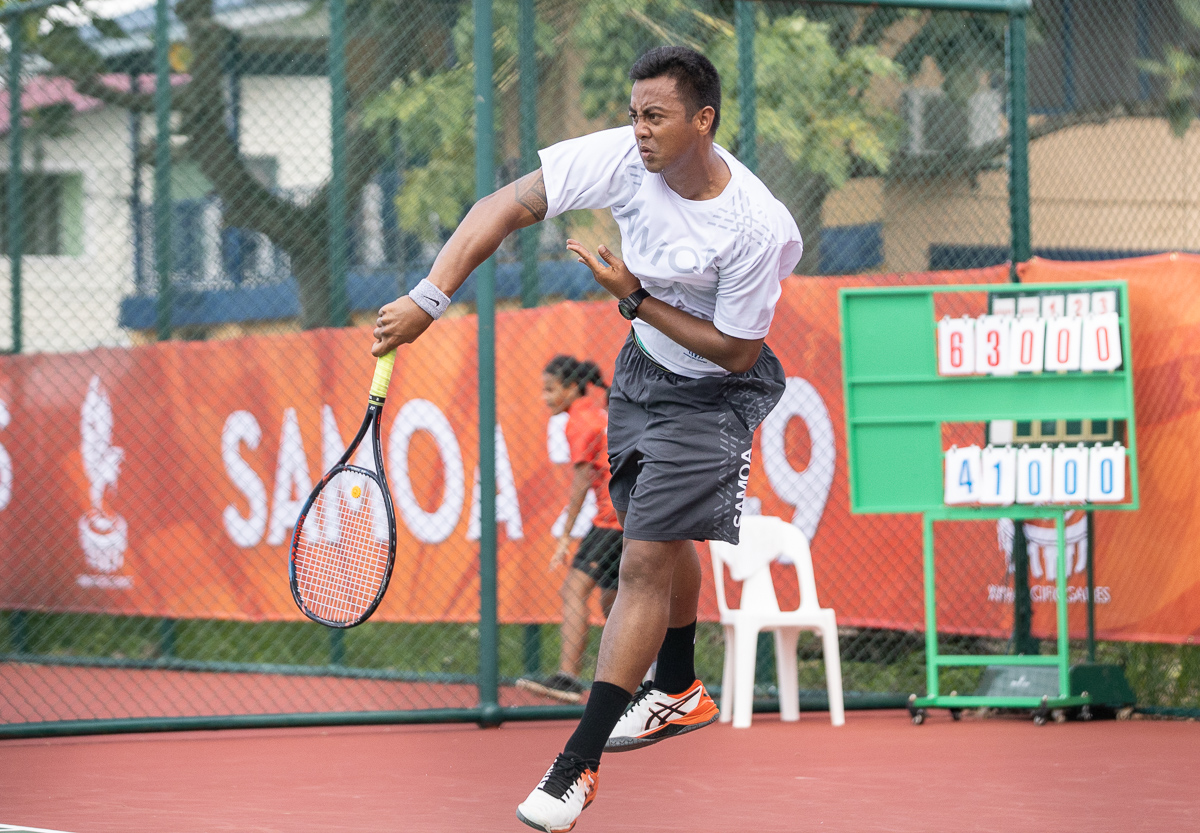 “I have played with my brother growing up so he has been my doubles partner but both of us have two more events left – mixed doubles and men’s doubles which we hope to win a medal for Samoa,” he said.

He acknowledged the support from his family especially his wife due to the busy schedules of preparations and matches.