Banuve Tabakaucoro, of Fiji, is officially the fastest man in the Pacific.

He beat Samoan sprinters, Jeremy Dodson and Kelvin Tuala Masoe, who had to settle for silver and bronze respectively in the Pacific Games men’s 100 metres final on Tuesday night at the Apia Park.

Dodson was thankful for all the support from Samoa, and wanted to apologise for not committing a great race. 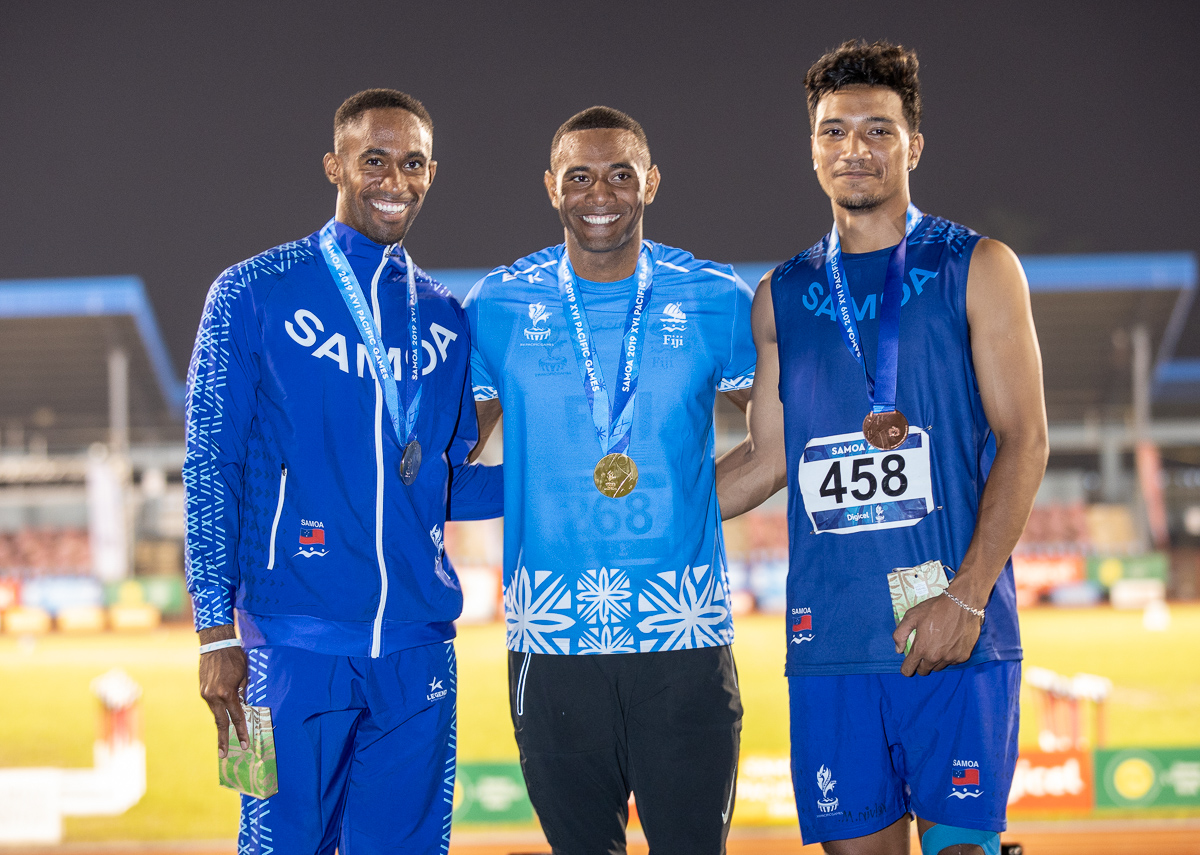 The 30-year-old, whose mother was born and raised in Malie, said it was a fun race to be a part of.

“I’ve run in huge Olympics and World Championships before, I’ve raced against Usain Bolt but nothing was as exciting as this race right here.”

Dodson said his start had been off in the heat and semifinal.

“I’ve been a little timid because of my achilles, so I really didn’t want to hit those certain angles.

“So I focussed too much on the start and forgot about the rest of the race, and that’s where [Tabakaucoro] pulled away from me.”

Both of them will be competing in the 200 metres on Thursday, and Dodson said the 100 metres was a perfect warm up. 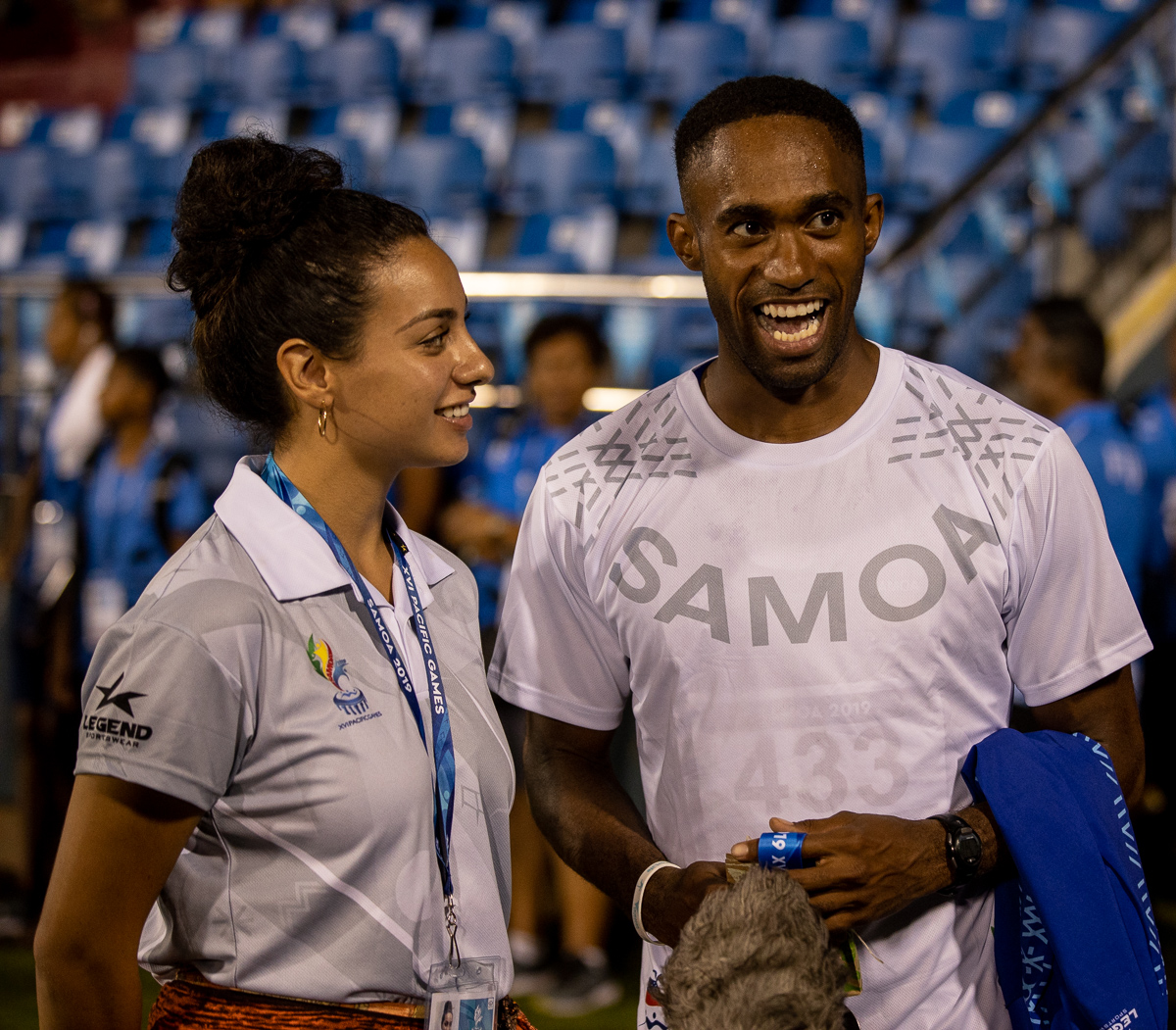 “Although we train all year we still need races to get race-sharp, so this is a perfect race to get sharp in the lead in to the World Championships in September and October.”

Masoe said he is proud of his effort, and it’s awesome to win a Pacific Games medal. 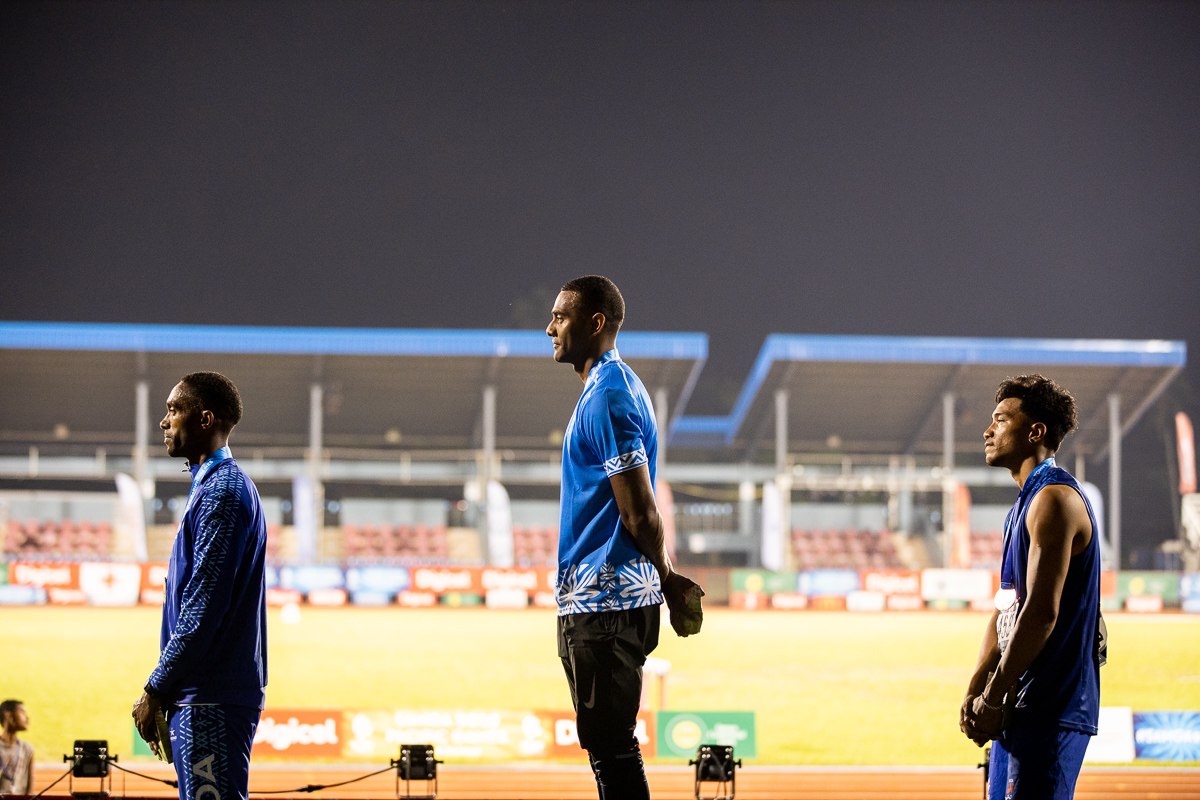 “I’m feeling grateful to the heavenly Father for this.

“I look forward to continuing with my talent, winning more competitions.

“Thank you to all Samoa and my family for supporting me, for everything you’ve done for me.”

The 20-year-old from Satuiatua, Savai’i will also be competing in the 4x100 metre relay, with heats to be run on Wednesday at 6:25 pm before the finals on Friday evening.

Tabakaucoro said he was under a huge amount of pressure from his expectant nation.

“It’s a title that’s been in Fiji since even before I was born, so I’m just glad to come out and defend it once began. 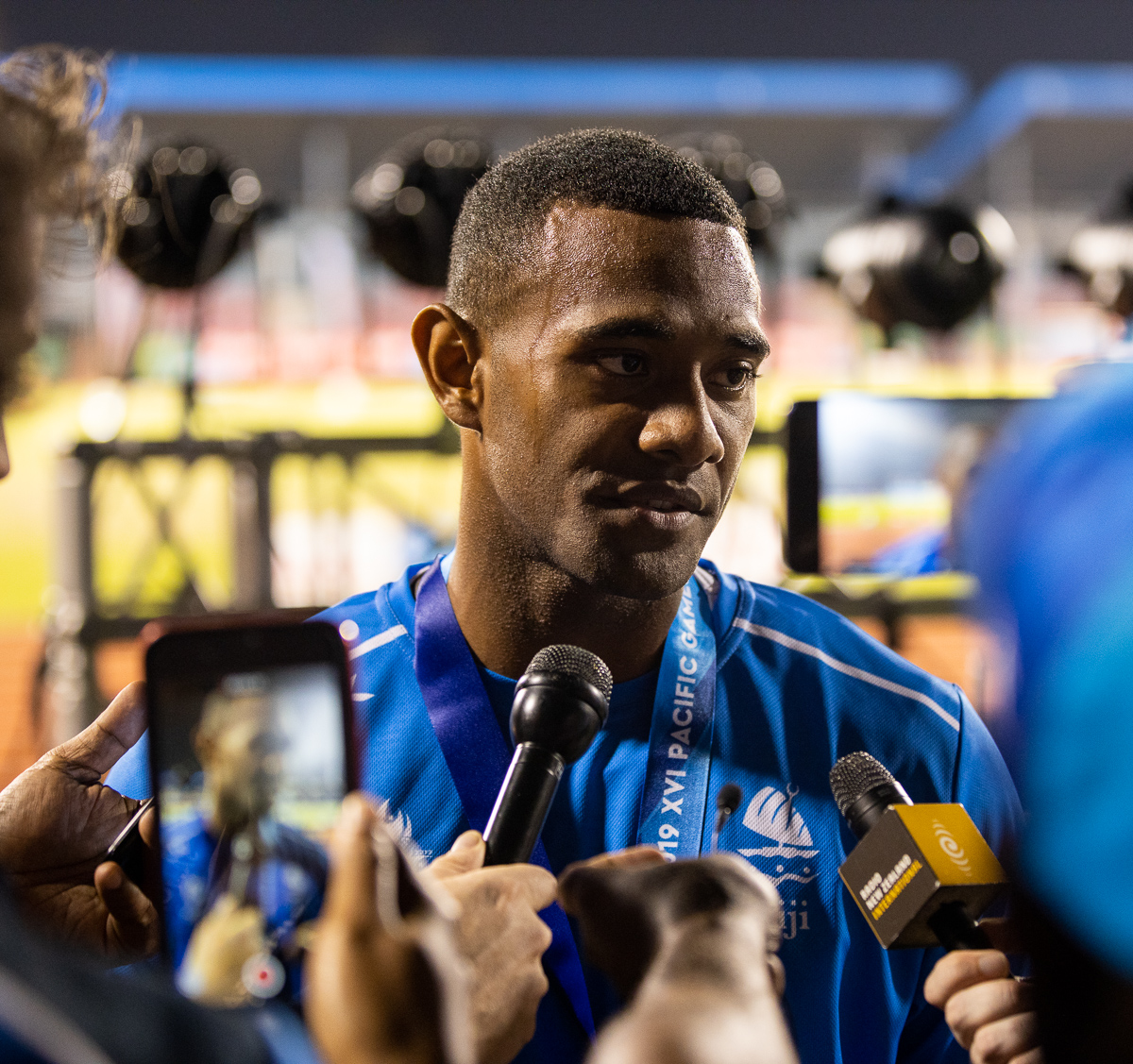 “This is probably the strongest competition I’ve had from the islanders.

“When you have strong competition like that the times are going to drop and eventually you’re gonna run quicker.”

Tabakaucoro knows he will be in for a tougher job defending his 200 metres title, as that is the event Dodson is strong in.

He said the Fijian crowd is a very tough one to please, and one gold won’t meet their expectations. 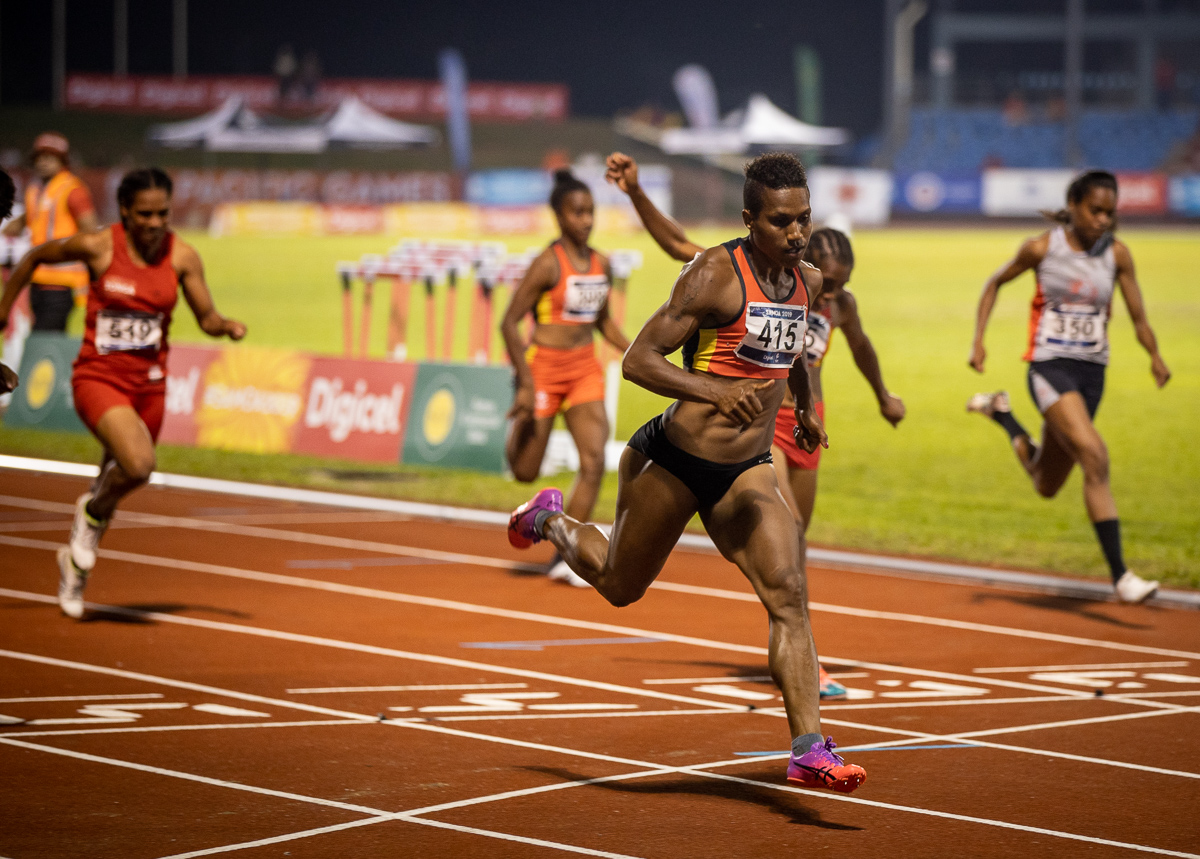