Dodson and Masoe into 100m final

Samoa will have two representatives in the Pacific Games men’s 100 metre final at 7:10 pm tonight at Apia Park.

Jeremy Dodson and Kelvin Masoe will take on defending Games champion, Fijian Banuve Tabakaucoro in the final, after coming first and second in their semifinal.

Dodson said he wasn’t going all out in either the heat on Monday or the semi on Tuesday afternoon.

“It’s all about running smart, it’s a long five days for me.

“I’m trying to ration out my energy while still trying to find certain parts of my race.

“The 100m is so technical that I’m still trying to learn it myself at 30 years old.

“The first race was just to shake things out, this one was all about finishing it.”

Dodson said he hopes to put it all together for the final, which he is very excited for.

He will be competing in the 200 metres on Wednesday and Thursday as well, and he said this week for him is all about making the Olympic standard. 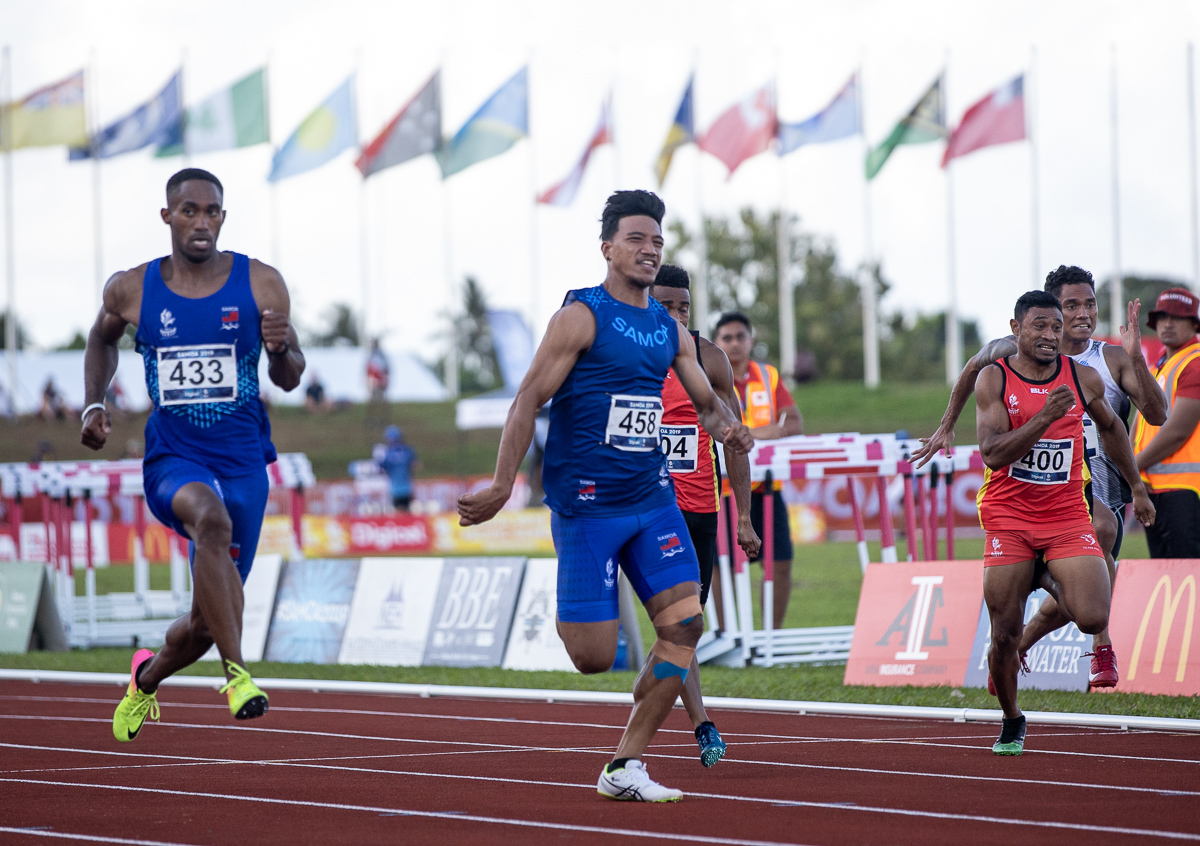 Masoe said he enjoyed running in front of his country, as well as his mother and family from Savai’i.

“Thanks to the heavenly father for this opportunity.

“I feel so proud of my heats, I did my very best.”

The pair will have their work cut out for them against Tabakaucoro.

“He’s the one everyone’s eyes are on,” Dodson said.

Pesamino Iakopo missed out on the final after finishing fourth in his semi.

The men's 100 metres ambulant competitors were met with laughter from the Apia Park crowd, a disappointing reaction from the Samoan fans to seeing parasports athletes compete in a Pacific Games for the first time.