Solomon Islands gave it their best shot but Samoa kept them on their toes. (Photo: BENWULF ART/Anthony Wulf)
Touch rugby

A day of touch rugby has come to a successful close for the men’s side with a 14-0 defeat of the Solomon Islands side.

Coach Peter Shefford and vice-captain Arran Rogers agreed that by their third game they were finally playing consistently.

It is a big improvement from the previous two games, where the coach’s feedback was that their consistency was slacking. But while they have ticked that off the list, next up is going harder. 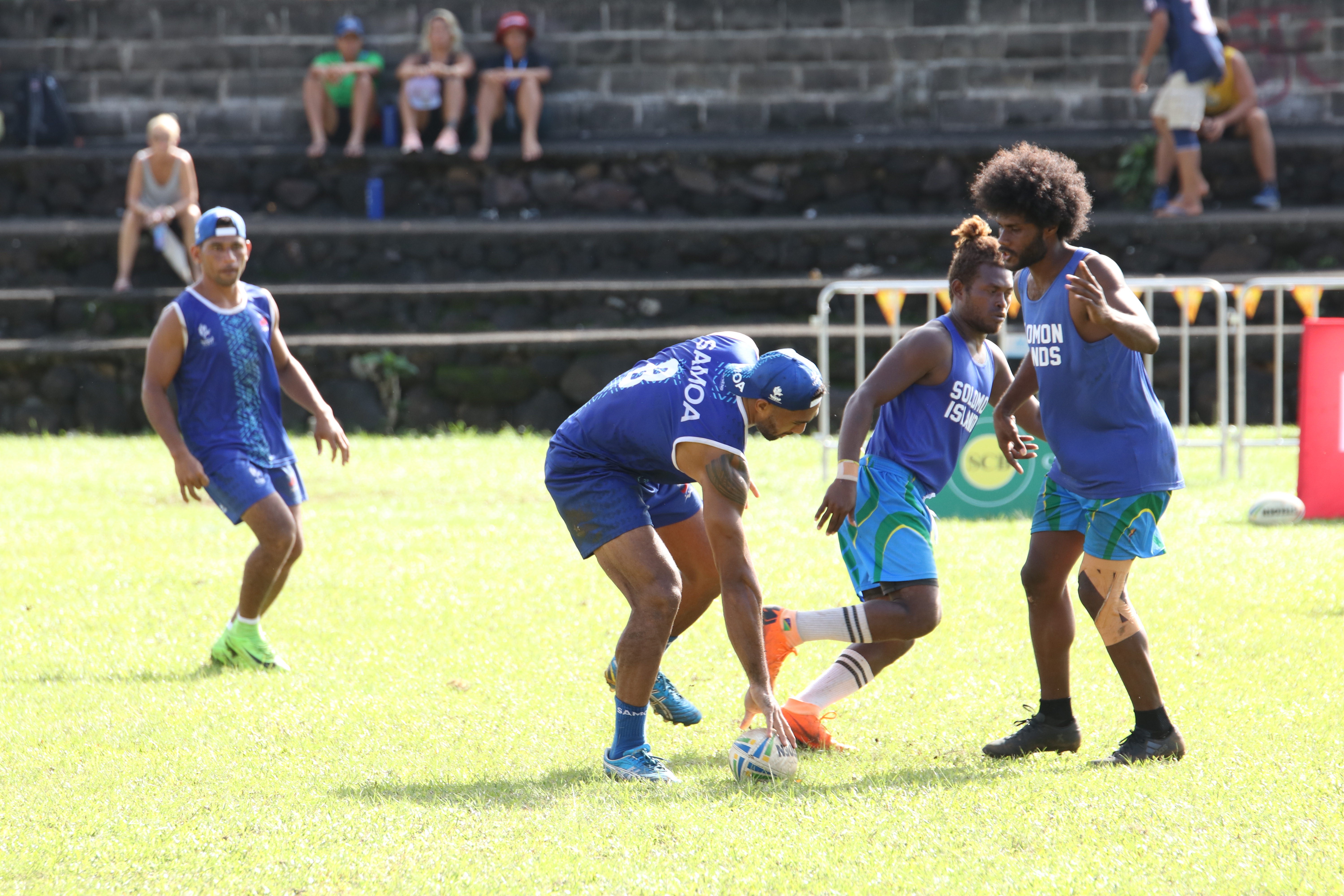 “Defensively we held [Solomon Islands] at nil, so we were good on both defence and attack but probably not at the intensity we are going to need for a finals gig,” said Shefford.

“We are going to have a meeting after this and talk about how it’s not rocket science. The boys have got to start realising, this is what we did this time, what is working for us and what is not.”

Shefford has been keeping an eye on Wednesday mornings competitors Papua New Guinea and believes Samoa can beat them.

“How badly do they want it, is what it mainly comes down to,” he said.

Rogers said the day started sloppy but once the team united their play improved.

“I think the boys really came out and showed some heart for those two games. They played a bit for the crowd, just enjoyed what was out there,” he said.

He puts their early loss against the Cook Islands down to yesterdays “cobwebs” and a case of nerves.

“But I think the boys will lift for tomorrow because there is a lot to play for.”

“We started to play our structure and we started to work as a team. Against the Cook Island we were kind of playing a bit individual.”

By the end of the day they had a more positive mindset and it came through in their performance, both as a unit and as individuals able to carry out their team plans.

“We just gotta talk it into the boy’s minds tonight.

“We need to stay positive for that first game, I think we were a bit negative for the first game today.”

Teams play for bronze at 2:40pm, followed by the final fight for the gold medal at 4:00pm. 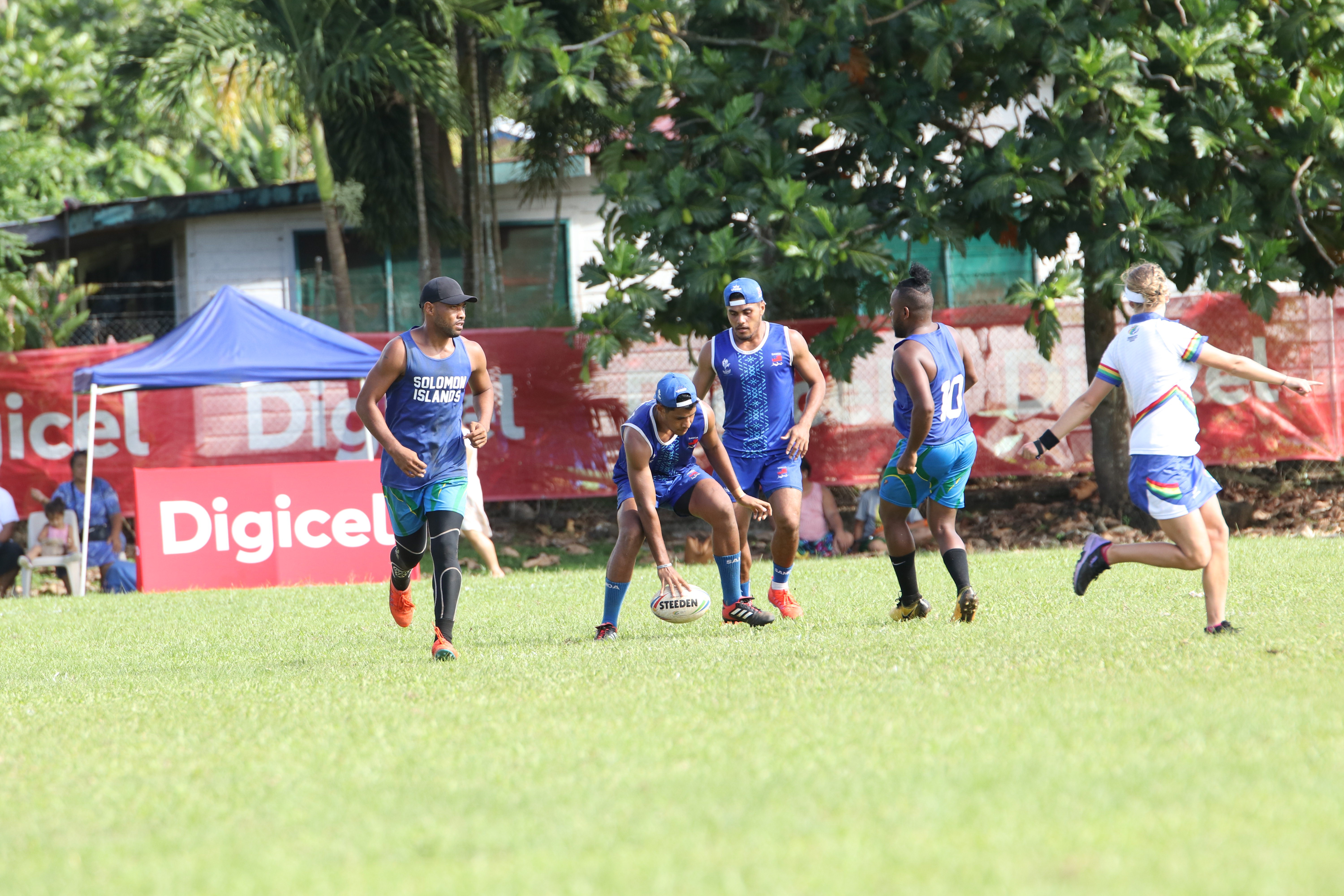